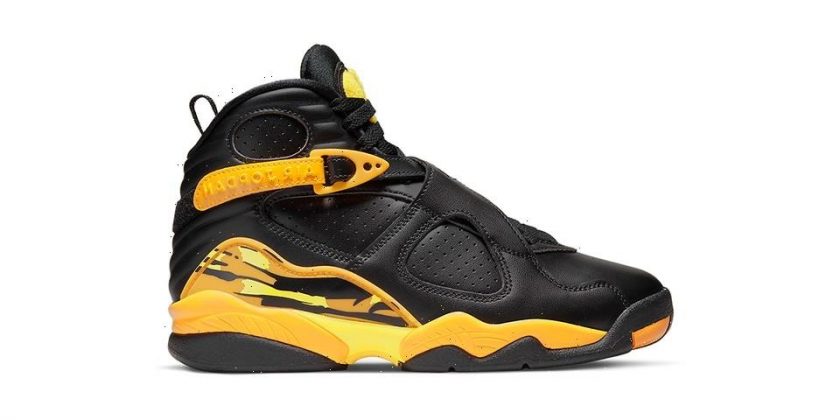 After being released in collaborative form with Jordan Brand hoops signee Rui Hachimura, the Air Jordan 8 is aiming to increase its output this season. The brand’s women’s category is welcoming the silhouette to release in new “Taxi” colorway, and it has just been revealed by way of official imagery.

Upper halves are mostly cooked up with a leather build that’s mostly dressed in a stark black. Textures deviate between various panels of the kicks such as the overlays which appear smoothened out, the quarters and collar windows that are done up with perforations and the collars that feature bumpy ridges. Bold hits of yellow are thrown against the Air Jordan-branded buckles, the midsole pieces and the lower heel molds. Felt-infused tongue patches also come fitted with the Taxi-inspired hues. Based off the color palette of these kicks, they evoke memories of the palette of the Air Jordan 12 “University Gold” which debuted in 2020.

Take a closer look at the shoe’s official photos in the gallery above and note that these are expected to arrive in the coming weeks. Retail is set at $210 USD.