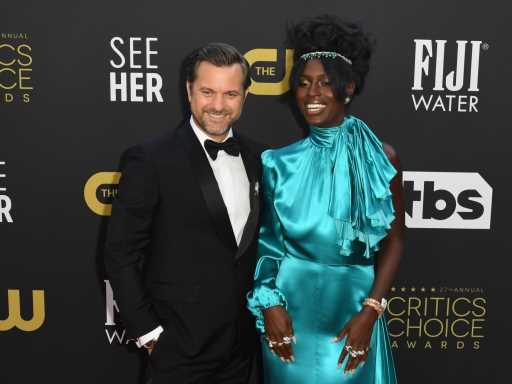 It’s back to business as usual for Jodie Turner-Smith and Joshua Jackson. The couple was spotted sharing a romantic date night as they strolled out of the celebrity hotspot, Nobu, in Malibu, California on Monday night. The evening on the town comes amid speculation that the duo had split up after fans noticed they were no longer following each other on Instagram.

Wearing a stylish pink-tuxedo pantsuit paired with a crisp white shirt, Turner-Smith accessorized her look with a double-layered silver necklace and shiny heels to match. She walked arm-in-arm with Jackson, who kept it casual with wide-leg khaki pants, a white T-shirt, and sneakers. They shared a united front to let the paparazzi — and fans — know that everything is OK in their world (for now). 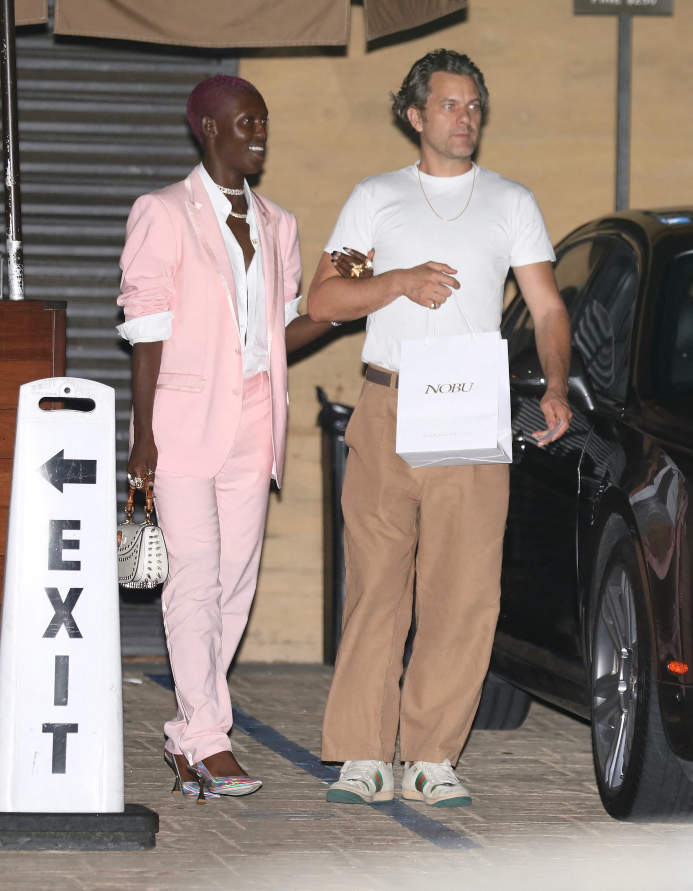 The rumors started last week when eagle-eyed fans noticed that the red-carpet darlings were no longer following each other on Instagram. “Why have Joshua Jackson and his wife Jodie Turner Smith unfollowed each other on Instagram,” one account tweeted with several eyeball emojis. Within two-and-a-half hours, word must have gotten back to Turner-Smith and Jackson because another user noted, “So someone must have told them as they are back following each other now.”

They are trying to tell everyone that there’s nothing to see here (and they did it at a notoriously heavy paparazzi hangout), so while there are no answers as to why they unfollowed each other — they are back to showing their PDA in public. Maybe it was a silly spat and they’ve moved on, but Turner-Smith and Jackson now know that the fans are keeping a sharp eye on their relationship status.

Before you go, click here to see celebrity couples who famously broke up and got back together. 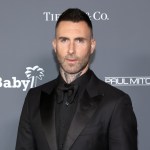 
It’s Getting Harder To Breathe for Adam Levine Post-Cheating Scandal, so Maroon 5 Is Headed to Sin City for a Vegas Residency