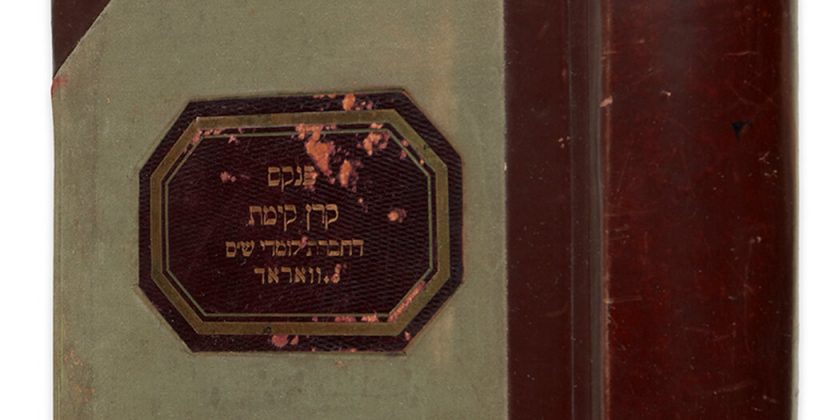 A historic register of Jewish burial records from the modern-day Romanian city of Cluj-Napoca is among artifacts that have been recovered as part of a seizure by authorities in New York who plan to return the objects to their communities of origin.

Federal prosecutors in Brooklyn announced on Thursday the seizure, of 17 Jewish funeral scrolls, manuscripts and other records, which they describe as having been taken from Jewish communities in Romania, Hungary, Ukraine and Slovakia during World War II.

“Absent any provenance or documentation of conveyance from any survivors of those communities, there is no legitimate means by which the manuscripts and scrolls could have been imported into the United States,” the U.S. attorney’s office in Brooklyn said in its announcement of the seizure.

Jacquelyn Kasulis, the acting U.S. attorney, said in a statement that the items were “illegally confiscated during the Holocaust” and contain “priceless historical information.”

All of the items had been offered for sale earlier this year by Kestenbaum & Company, an auction house in Brooklyn that specializes in Judaica, the authorities said. The New York Times reported in February that Kestenbaum offered and then withdrew from sale 17 items, including the burial register. That withdrawal took place after requests from a restitution organization and Jewish community leadership in Romania.

In an affidavit that was submitted to the court as part of an application for a search warrant, Megan Buckley, a special agent with the Department of Homeland Security, wrote that Kestenbaum & Company had offered 21 manuscripts, scrolls and other items for sale. She added that nearly all of those had disappeared or were believed to have been “confiscated by individuals or entities” who had no legal right to them, either during or just after the Holocaust.

“They represent invaluable cultural religious artifacts that should be properly returned to the survivors of their original Jewish communities,” Buckley wrote.

Buckley also wrote in the affidavit, dated July 20, that 17 of the 21 items were believed to be in the possession of an unnamed person on the Upper East Side of Manhattan who had consigned them for sale.

Soon after Kestenbaum & Company listed items for sale, a genealogy researcher noticed one in particular, a burial register handwritten in Hebrew and Yiddish and known as the Pinkas Klali D’Chevra Kadisha.

The researcher told Robert Schwartz, president of the Jewish Community of Cluj, about the item. Then the Community of Cluj and the World Jewish Restitution Organization asked that the sale be halted, with Schwartz citing the historic value of the register and telling the auction house that it had been “appropriated illegally by persons who have not been identified.”

Kestenbaum & Company granted the request, telling The New York Times in an email message: “We take the matter of title to be one of the utmost importance.” The person who had put the items up for auction — described by Kestenbaum as a “scholarly businessman” who had acted for years to preserve historical artifacts — agreed to discuss the matter further with the restitution organization, the auction house added.

The company did not immediately respond to a request for comment on Thursday.

Buckley added that although the person who had consigned the items for auction was also cooperating, officials were concerned that might not last.

The material seized by the government includes records from cities that were decimated in the Holocaust. The U.S. attorney’s office said that the members of the communities from which the scrolls and manuscripts had been taken “had been gathered in ghettos, robbed of their property and deported to Nazi death camps, where the majority of them were killed.”

Schwartz, who is a Holocaust survivor, was born in hiding in a cellar after his pregnant mother escaped the city ghetto.

“Very little belonging to the community survived World War II,” he told The Times earlier this year, calling the burial register “very precious for the history of our community.”