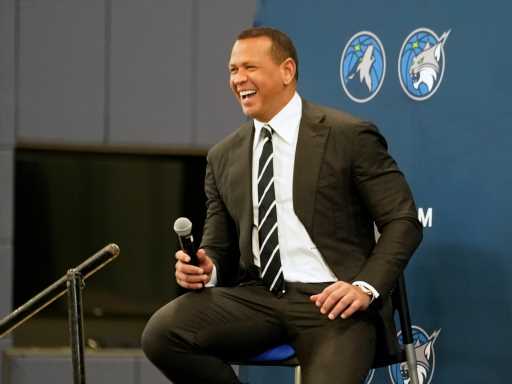 It isn’t easy being Alex Rodriguez right now. Not only is he still on the heels of his breakup from Jennifer Lopez, who promptly took up with Ben Affleck, he also has to deal with passionate Boston Red Sox fans. While working for FOX Sports on Monday, Affleck’s hometown made sure A-Rod knew whose turf he was on.

As Rodriguez was calling the MLB playoff game between the Boston Red Sox and the Houston Astros, the crowd in the background at Fenway Park could be heard taunting him with chants of “J.Lo.” It doesn’t help that the former baseball player was a New York Yankee when he played professionally — the team has been longtime rivals of the Red Sox, so the trolls were out in full force. At another point during the broadcast, the fans decided to remind him who his ex is now dating with “Affleck” mentions while he was working. Let’s just say it wasn’t A-Rod’s best day on the job.

Rodriguez plowed ahead just like the professional that he is, but that had to hurt his ego (even just a little bit). He and Lopez split in April amid cheating claims with Southern Charm star Madison LeCroy, who recently got engaged to her boyfriend. Lopez swiftly moved on to former fiancé Affleck, and Rodriguez was left to mope on his Instagram page. He was reflective about their time together in August, telling ET, “I had five years of an incredible life and partnership and also with my daughters, we learned so much.”

There were rumors that he might have been dating NFL sideline reporter Melanie Collins, who was on his Mediterranean yacht vacation with him, but that seems to have been a just-friends situation. For now, Rodriguez is single, but he’s struggling to move out of the shadow of his iconic ex-fiancée.

Before you go, click here to see celebrity exes who never buried the hatchet.