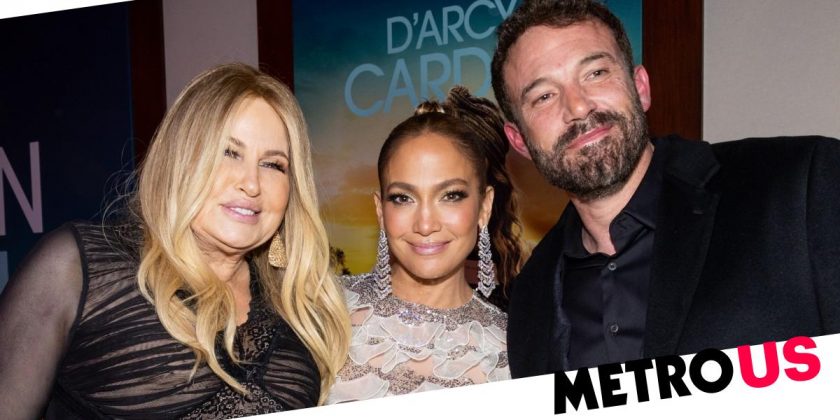 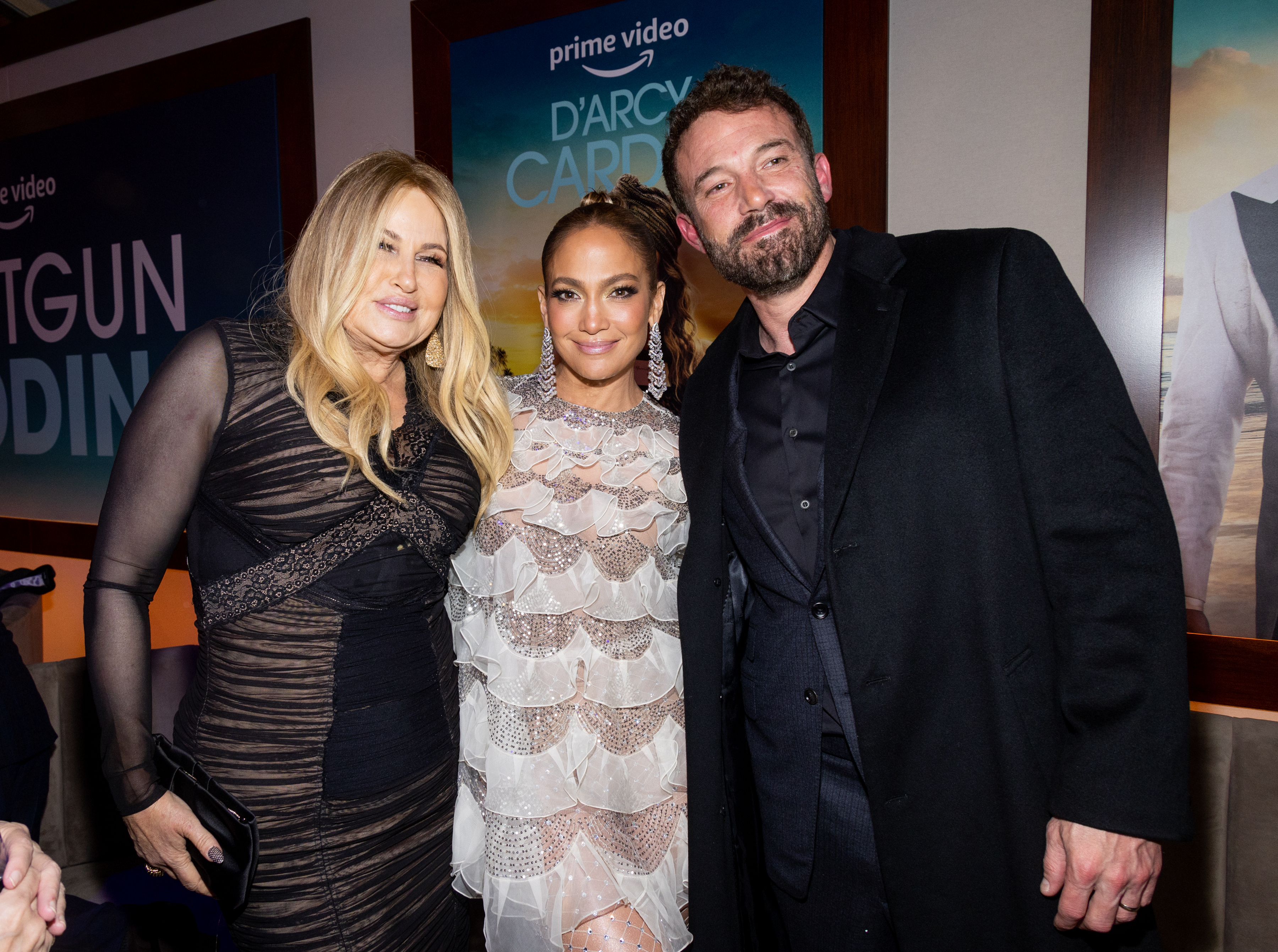 Jennifer Lopez and Jennifer Coolidge had a cozy catch-up as they led the way at the Shotgun Wedding premiere on Wednesday.

The pair posed together for pictures on the star-studded red carpet in LA, ahead of the release of the upcoming action rom-com.

Lopez, who stars as bride Darcy, was all smiles as she posed in a stunning minidress, complete with sheer embellishments and intricate lace tights.

She previously changed up her look from an equally fabulous sheer, floor-length bejeweled gown, with neon yellow detailing.

Fresh from her winning week, Coolidge looked incredible in in a black dress with slightly sheer paneling and black heels.

The icons cuddled up to each other beside Ben Affleck, who was on hand to support his wife’s latest flick.

They were joined by co-stars John Duhamel, Lenny Kravitz and D’Arcy Carden, while Tyrese Gibson and Heidi D’Amelio were also on the guest list.

Shotgun Wedding is released on Amazon Prime on January 27, and follows Darcy (Lopez) and Tom (Duhamel) as they gather their loved ones in the Philippines for the ultimate destination wedding, while also battling cold feet and second thoughts.

However, their dream day is crashed by mysterious armed men who arrive in paradise to hold their guests hostage, putting a slight dampener on their big day.

In one stand-out scene, Coolidge manages to cause huge amounts of chaos when she somehow gets her hands on one of the guns – something the Hollywood icon relished.

Lifting the lid on the action in a chat with Metro.co.uk,  she confessed that movie bosses were ‘very worried’ about her handling the weapon behind the scenes.

‘They were very worried about me and the AK-47 that I was handling,’ she told us, to which co-star Steve Coulter agreed: ‘It was well-founded concern.’

‘It was many, many, many weeks with the gun man …  the guy who handles all the guns,’ she continued.

‘He was so meticulous about how I was supposed to handle it, each day we’d just do a little more. So, when I finally got to do the scene, it was very easy to do.

‘We’re not using real ammunition but things can go wrong, and he just made sure that there was no possibility of anything going wrong.

‘I’m now a full studied person. I got my graduate degree in gun study.

‘But it’s very powerful to be a girl [with the gun] in a movie, it was fun. They usually let the guys do it.’

Shotgun Wedding is released on January 27 on Prime Video.