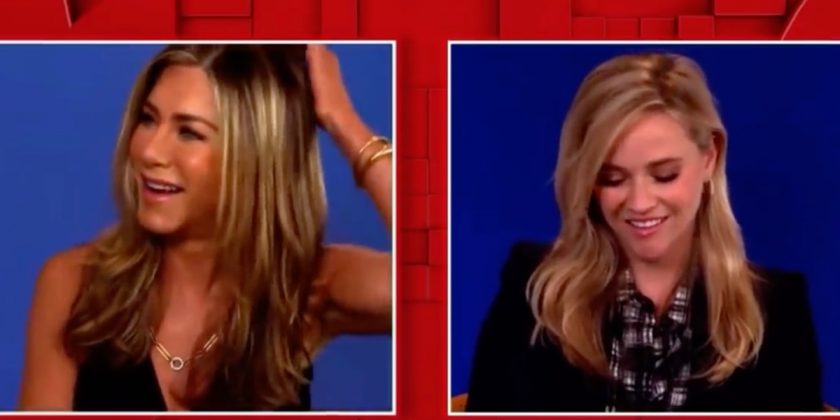 Jennifer Aniston and Reese Witherspoon were caught up in a cringeworthy interview moment.

The stars both appeared via video link on The One Show to promote season two of The Morning Show, but things got tense when Aniston was cut off by one of the presenters.

She was quizzed by host Jermaine Jenas about how she handled the early morning call times when filming.

“I learned the slow burn that it is. It’s a very vampire state of life and mind that you guys live in. Everybody comes alive in the middle of the night, and it’s a slow-moving train,” Aniston said.

“I got there at 5 in the morning and the hallways were quiet and people are just slowly waking up, and then all of a sudden, the train starts moving and it gets crazier and crazier. It’s utter chaos.”

But soon the interview got awkward when Jenas interjected – and Aniston appeared annoyed.

“Reese, I’ve got to be honest with you, Jennifer’s pretty much sold it to me that she’s not a morning person,” he said, at which Aniston appeared stunned.

Aniston clapped back: “Did I sell that to you?'”

He replied: “A little bit.”

Aniston quizzed him sarcastically: “Did I get a good deal?”

Jenas tried to quickly move the conversation on, but it appeared by Aniston’s reaction the damage was done.

“So, what about you Reese?”

In true Reese Witherspoon fashion, she laughed the awkwardness off: “No, I’m definitely a morning person. Jen and I talk about this all the time. I’m the morning person and she’s more of a night person.”

However, the awkwardness did not escape the viewers, who took to Twitter to point out the interview.

Watch the interview above to judge the awkward moment for yourself.