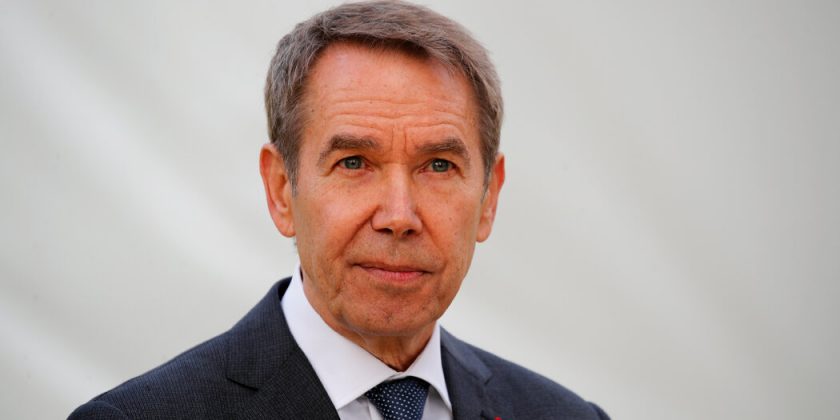 In an effort to reboot and to consolidate management of his sales, the mega-artist Jeff Koons is moving from two mega-galleries to one.

“He is one of the great living artists, who changed the way we look at our culture and at each other,” Marc Glimcher, Pace’s chief executive and president, said in a phone interview.

“Having been so committed to sculpture for 60 years,” Glimcher added, “we think we have something to contribute to the next phase of Jeff’s career.”

Pace’s first collaboration with Koons will be an exhibition of a single sculpture at the gallery’s space in Palo Alto, Calif., in 2022, followed by a major New York exhibition of new work in 2023.

“I always liked the idea of having more of a home gallery, that if people were interested in work they would know directly where to go,” Koons said by phone.

Koons’s stainless steel “Rabbit” (1986) sold for $91.1 million at auction in 2019, giving him the highest auction price for a living artist. But his prices have otherwise generally been declining and his work has long been divisive, inviting criticism of commodification.

“Certain mythologies can be created around your work,” Koons said. “Some of those mythologies were not accurate.”

He said that he was eager to “have the work shown in a new light,” adding, “I just try to make the best work I can. I can’t do more than that.”

Koons said he informed Larry Gagosian and David Zwirner of his decision in personal letters sent on Friday.

Asked for his reaction, Gagosian said in a text message: “It seems like a good fit.”

Zwirner said in a statement: “We have always respected Jeff’s freedom; he really is a free agent. Working with him has been an immense privilege. We wish all involved in Jeff’s next chapter much success.”