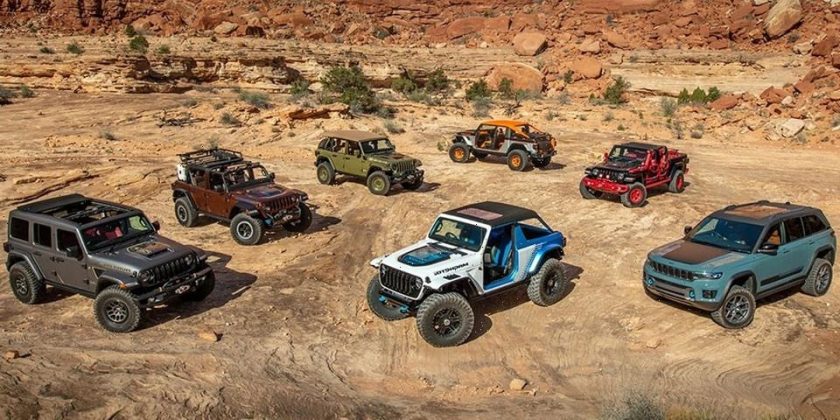 Jeep has officially unveiled the new electric SUV concept, the Wrangler Magneto 2.0. With more than 600 horsepower and a manual transmission, Jeep says that that it can rival Tesla‘s $135,990 Model S Plaid sedan.

Fully electric Jeeps seem to be on the way as the brand continues to showcase what they have in store for the future. The battery-powered concept is redesigned version of a similar concept revealed last year. This time around, the automotive company is showing off seven new electric 4×4 concepts at the Easter Jeep Safari, the brand’s annual off-road gathering.

Jeep claims that the Magneto 2.0 can go from 0 to 60 mph in two seconds flat. With a higher-amperage propulsion system, the Magneto 2.0 is able to put out 850 pound-ft of torque and 625 horsepower, maintaining its maximum for about 10 seconds. For comparison, today’s Jeep Wranglers, claim 470 pound-feet of torque and 470 horsepower. This concept sets itself apart from other EVs due to its six-speed transmission, while most only have six gears.

The Magneto 2.0 concept is a part of Stellantis’ plan to introduce more electric models in the coming years. By 2025, the company hopes to invest $35 billion USD in electrification, software and other technologies. Take a look above at the newly unveiled EV concepts from Jeep.