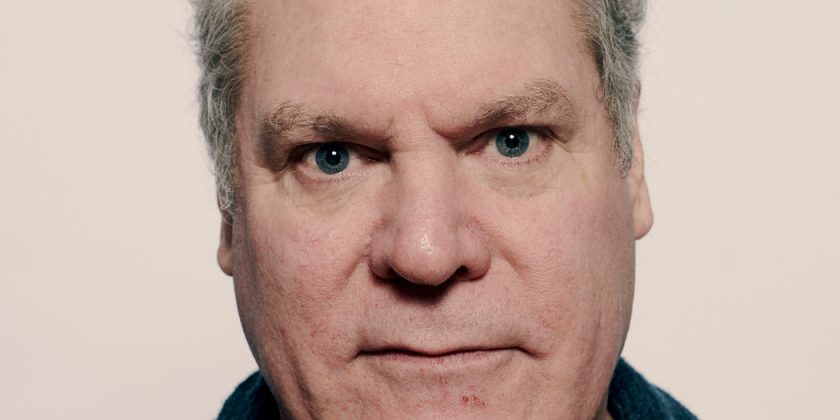 Jay O. Sanders is, by his own definition, “an oak tree” — an imposing physical type associated with sturdiness, reliability and, on occasion, menace. And because Mr. Sanders has been a much-employed actor on stage and screen for some 40 years, he knows that oaks are rarely cast as the neurotic and cerebral title character of Chekhov’s “Uncle Vanya.”

“Wally Shawn and Reed Birney would never be described as oaks,” he said, referring to the 1994 Louis Malle film “Vanya on 42nd Street,” starring Mr. Shawn, and Annie Baker’s celebrated Off Broadway adaptation of 2012, starring Mr. Birney. In fact, until this year, Mr. Sanders — whose credits range from a whole lot of Shakespeare at the Public Theater to an assortment of bad and good guys on “Law and Order” shows — had never appeared in a Chekhov play.

But for the past couple of months, eight times a week, the 65-year-old Mr. Sanders has been transforming himself into the emotionally fragile, perpetually thwarted Vanya with such devastating transparency that no one could dispute his right to play that part. Critics have called it the performance of his career and, in some cases, the best Vanya they have ever seen.

Speaking recently over a cappuccino in a Greenwich Village cafe, Mr. Sanders did not seem especially surprised by such a reception. In a sense, he has been preparing for Chekhov since 2010, when he first appeared in a production by Richard Nelson. That would be the playwright who adapted and directed this “Uncle Vanya,” which runs through Nov. 18 at the 192-seat Frederick Loewe Theater at Hunter College.

Though Mr. Nelson and Mr. Sanders had been friends for four decades, from the time they worked together on an early Nelson play at the Arena Stage in Washington, D.C., they had not collaborated since. Mr. Sanders’s wife, the actress Maryann Plunkett, had often appeared in Nelson works, prompting Mr. Sanders to ask the playwright, “Did I kill your mother or something?”

Mr. Nelson’s response was to cast both Mr. Sanders and Ms. Plunkett in “That Hopey Changey Thing,” a domestic drama that opened at the Public Theater on the day it was set, Nov. 1, 2010, midterm election night. This was the first of a quartet of works that would come to be known as “The Apple Family Plays,” an uncommonly intimate series (staged between 2010 and 2013) in which the extended members of a clan in Rhinebeck, N.Y., discussed the events of their lives and their nation. 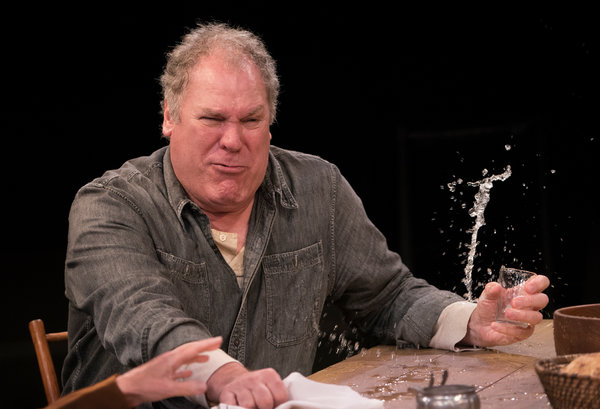 These were followed by “The Gabriels,” a trilogy about another Rhinebeck family. At the Public and on the subsequent international tours, Mr. Sanders appeared in all of them (as did Ms. Plunkett), and in doing so, acquired a new command of soft-spoken, internalized acting onstage.

The experience turned out to be ideal preparation for the subtleties of “Uncle Vanya,” which delicately maps the growing tensions among a family on a remote Russian estate in the late 19th century.

Like the Gabriel and Apple plays, Mr. Nelson’s “Uncle Vanya” suspends microphones (14 in this case) over the stage, which allow the ensemble members to talk at normal conversation level, even whispering when it suits the occasion.

“I happen to have a voice that can fill a theater rather easily,” Mr. Sanders said. “But suddenly I was being told, don’t use that. Use your voice, but don’t do it to reach the audience; do it to reach the other people onstage, and the freedom of that has been extraordinary.”

This quietness encourages theatergoers to lean in and listen, Mr. Sanders said, to become participants in what’s happening onstage. “It’s an invitation. And as soon as you’ve given into that, you’ve accepted that you’re going to watch a show in a different way.”

Mr. Sanders believes that what Mr. Nelson has achieved with this approach is “as big as what Peter Brook did for the ’60s,” referring to the venerable British director whose “Midsummer Night’s Dream” revolutionized productions of Shakespeare. “Richard saw this as the way to bring theater into the 21st century in a society that lives on screens,” Mr. Sanders said.

Tears and even sobs are a common among audiences for this “Uncle Vanya.” Adapted by Mr. Nelson and the veteran translators Richard Pevear and Larissa Volokhonsky to a swift intermissionless 105 minutes, this version confines its seven characters to a single space.

Vanya is a learned man who has devoted his life to overseeing the estate of his late sister and assisting in the academic studies of her husband, a professor. In the play, which is set around the visit of the aging professor (Jon DeVries) and his alluringly beautiful young wife (Celeste Arias), he has begun to wonder if all that selfless labor has meant anything whatsoever.

Mr. Nelson initially offered the role of the professor to Mr. Sanders, who hedged and was subsequently awarded the part it now feels he was born to play. In describing his role in this “Uncle Vanya,” which was first staged at the Old Globe Theater in San Diego earlier this year, Mr. Sanders tended to shift from the third person to the first.

That close identification with his part has been shaped, he said, by memorizing it so completely that once he’s onstage he can exist in a state of “willed amnesia.” He explained: “My aim when I come onstage is to not know what I’m saying next. The idea that you know it so well that it will come to you. And it just flows out. It literally comes out differently every night.”

Such spontaneity is particularly wrenching in the climactic scene in which Vanya explodes during a family meeting called by the professor. As Mr. Sanders put it, “All my personal regard, my sense of self has been shattered.” Vanya finds a gun and fires it at the professor (spoiler: He misses).

The staging of the subsequent scenes has been modified since the San Diego production, to justify the reactions of the other characters. In the immediate interim, Mr. Sanders spends time offstage, in character, with the gun in his hand, considering suicide.

“I think I go off distraught enough that I’m capable of killing myself,” he said. “And I look at the gun and I pick it up and I can’t really do it. But I’m sitting there thinking about it.”

Plunging into such psychological darkness on a nightly basis must surely take its toll on Mr. Sanders’s civilian life? Not at all, he insisted: “I feel that pain every night with him. But I don’t carry it offstage.” As the production nears the end of its run, he said, people keep asking him if he won’t be “happy when it’s over.”

No, he tells them. “The more you’ve relaxed and the more different ways you’ve gone through these same things, you can’t help but deepen,” he said. “It only makes me want to do it more.”