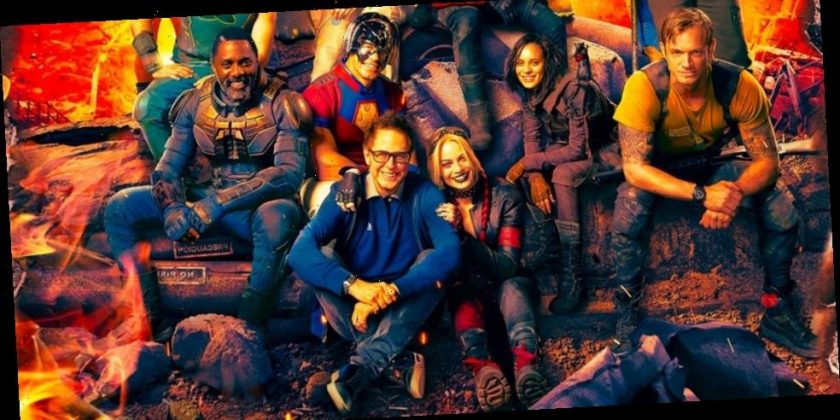 While James Gunn‘s The Suicide Squad is expected to release August 2021, the writer-director recently gave fans the first full look at the new group of supervillains and anti-heroes he’s put together for the soft reboot/quasi-sequel.

Coming together for a cover story with Empire coming out at the end of this month., the showcase of the full ensemble cast shows off the look of both new and returning characters with stars Margot Robbie, Idris Elba and John Cena. Weasel, Blackguard, King Shark, Captain Boomerang, The Thinker, Javelin, Savant, Polka-Dot Man, TDK, Mongal, Rick Flag, Ratcatcher 2, Harley Quinn, Peacemaker and Bloodsport surround Gunn for the first look cover.

In an accompanying interview, Gunn also noted warned fans to not get too attached to characters. “In The Suicide Squad, some of the characters end up being good, some end up being terrible. They don’t just get in fights and say they’re going to kill each other, they actually do get in fights and kill each other.” Going on to say, “You really don’t know who’s going to live and who’s going to die. I was given full freedom to kill anyone—and I mean anyone—by DC.”

Gunn also responded to a fan on Twitter that noted that Harley Quinn would survive as she had “franchise armor.” “No character was protected by DC…They gave me carte blanche to do what I wanted. That was one of the things we agreed to before I came to work for them. I wasn’t looking for shock value but I wanted the audience to know anything could happen.”.

Check out the exclusive Empire covers above and look for The Suicide Squad to hit theaters August 6, 2021.