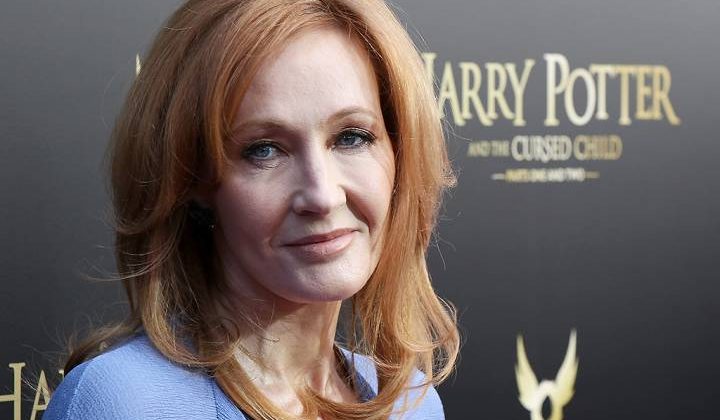 J.K. Rowling is not pleased with a former employee. The Harry Potter author has filed a lawsuit alleging former personal assistant Amanda Donaldson ripped her off to the tune of $48,000.

According to a BBC News report, the 53-year-old novelist is suing her ex-assistant, claiming she used a company credit card to buy cosmetics and gifts, and also stole thousands in foreign currency, as well as an array of valuable Harry Potter memorabilia.

Rowling’s lawsuit argues that Donaldson, 35, was required to submit monthly statements to accountants, who noticed some discrepancies in February 2017 that indicated high amounts charged for what appeared to be personal purchases, including $2,500 at a luxury candle shop, $6,200 in cosmetics, and more than $2,800 charged to Starbucks.

In addition, the suit alleges that Donaldson also stole a Harry Potter motorized Hogwarts Express toy train worth $800, a Harry Potter Wizard Collection toy set worth $3,800, and a “Tales of Beedle the Bard” gift set valued at $680, all of which Rowling claims were taken without her “knowledge or consent.”

The suit also accuses Donaldson of purchasing two cats (approximately $2,000) and withdrawing nearly $700 in cash to pay for a restaurant lunch, which was never reimbursed. Donaldson also had access to a safe holding various foreign currencies, and Rowling’s suit claims that her former assistant took more than $13,000 in cash from that safe.

“I can confirm JK Rowling has taken legal action against her former personal assistant, Amanda Donaldson, following her dismissal for gross misconduct involving a substantial breach of trust,” said a spokesperson for the author. “As the case is not yet concluded we are not able to comment further and there won’t be any further comment from JK Rowling.”

Donaldson is denying all allegations, declaring that her former employer has “not suffered any loss and is not entitled to damages” from her.

The case is scheduled to be heard in court later this year.