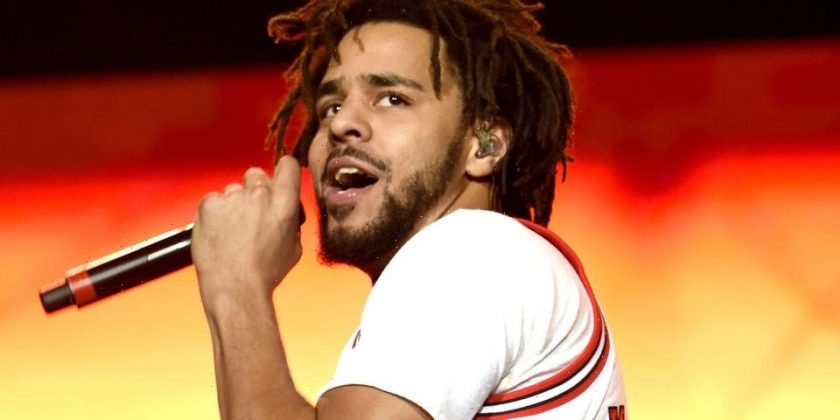 Following the long-awaited release of his sixth studio album The Off-Season last week, J.Cole is keeping the momentum at a high with a new music video for one of the tracklist’s frontrunners, “Amari.”

Directed by Mez for Heirs — the same brain behind the video for Cole’s 2019 track “Middle Child” — the new visual lands only two days after “Amari” debuted at No. 1 on the U.S. Spotify chart.

Opening with a wide shot of a Dreamville helicopter flying in the foreground of New York City’s skyline, the video jumps between a slew of different locations, some paying homage to his classic hip-hop roots and others harkening back to nostalgic moments from his past. In one scene, Cole flies the aforementioned helicopter with a remote from a rooftop, and in another, he we wears a refined suit next to a multitude of dapper men in similar assemblages.

Elsewhere in the video, Cole raps in front of a raging fire, before transitioning to another scene where he visits his old college dorm room where the walls are now covered in platinum records. At the end of the video, the screen flashes to a concluding text, which reads, “Hold on to your inner child.”

According to HITS Daily Double, The Off-Season is set to garner between 280,000 and 310,000 in total activity and land somewhere between 35,000 and 40,000 for album sales. If the album manages to pass 291,000 in total activity, The Off-Season will officially claim the record for the biggest opening week of 2021 so far, which currently belongs to Taylor Swift’s new version of Fearless.

Between signing a three-to-six month contract with Basketball Africa League’s Rwanda’s Patriots, dropping a 12-minute documentary detailing the inspiration behind The Off-Season, and delivering unmatched bars in the first-ever L.A Leakers freestyle, it’s safe to say Cole has had quite a busy month.