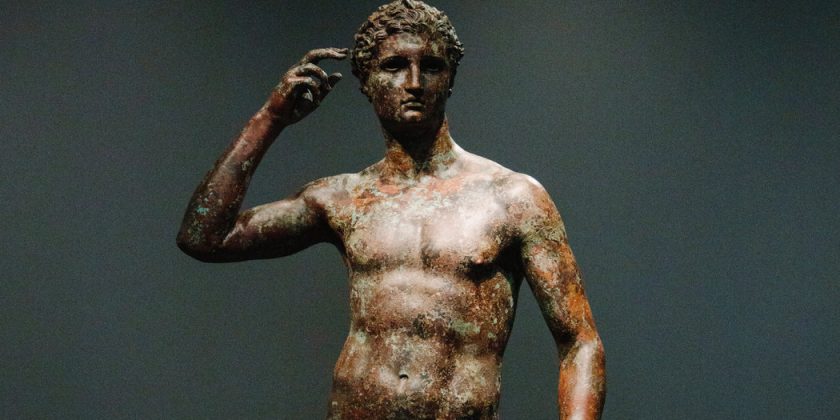 Rome — Italy’s highest court has ordered that a centerpiece of the Getty Villa’s art collection, a prized bronze sculpture more than 2,000 years old, should be returned to Italy in a ruling that could lead to a trans-Atlantic transfer or a diplomatic standoff.

The statue, named “Victorious Youth” but often referred to as the Getty Bronze, is on display at the villa outside Los Angeles, which is part of the J. Paul Getty Museum. The bronze was retrieved from Adriatic waters by Italian fishermen in 1964. After a decade-long legal battle, Italy’s Court of Cassation ruled Monday that the statue should be confiscated and brought back to Italy, rejecting the Getty’s appeal. The decision had not been published Tuesday but a message from a court official describing it was provided to The New York Times.

“It was a very, very long process, but we now hope that we will be able to have it in Italy as soon as possible,” said Lorenzo D’Ascia, a lawyer representing the Italian government.

Yet the fate of one of the finest original bronzes from the Classical era, probably fashioned in ancient Greece and lost at sea after being stolen by the Romans, is still unclear. The Getty has long argued that the statue was probably created outside Italy and was discovered in international waters after thousands of years, so it is not an Italian object subject to repatriation.

Italian officials, who say the statue was found in Italian territorial waters, had said that if the country’s high court decided in their favor that they planned to ask the United States Justice Department to enforce the ruling by seizing the statue. That would be likely to lead to another court battle in the United States.

In response to news of the ruling, Lisa Lapin, vice president for communications at the Getty Trust, said in a statement on Monday: “We will continue to defend our legal right to the statue. The law and facts in this case do not warrant restitution to the Italian government of a statue that has been on public display in Los Angeles for nearly a half-century.”

She added, “We believe any forfeiture order is contrary to American and international law.” 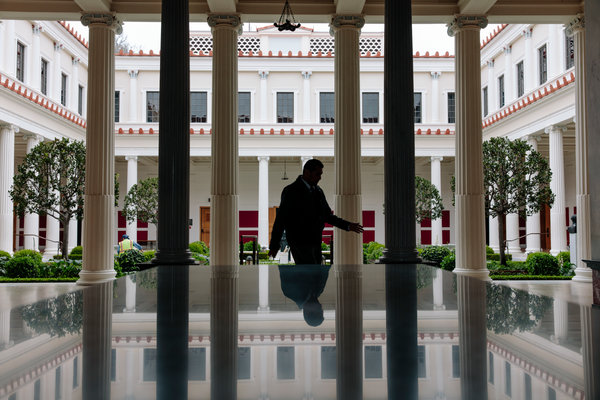 The “Victorious Youth,” a life-size athlete crowned with an olive wreath, was long thought to be by Lysippus, or Lysippos in Italian, a Greek sculptor from the fourth century B.C. More recent scholarship, though, has dated it to the second or third century B.C. The fishermen who dredged it from the sea realized the value of their discovery, brought it to shore and buried it in a cabbage field, awaiting the right buyer.

Italian officials have argued that the statue, which was sold several times after its discovery, was subsequently smuggled out of Italy illegally, without a required export license, and hidden at various points in a bathtub and in a convent. The Getty Trust, the museum’s foundation, purchased it from an antiques dealer in Germany in 1977 for $3.95 million.

“At the very least, the museum should have been more prudent in their purchase,” Mr. D’Ascia said in a phone interview.

“They bought a statue lacking the export permit,” he said.

Under a 1939 Italian law, when antiquities and archaeological works are discovered in that country, the authorities must be notified and the artifacts are not allowed to leave Italy without an export license.

“We provided enough evidence,” said Silvia Cecchi, the prosecutor who has pursued the case for 10 years. “The sculptor was Greek, but the statue was culturally and administratively Italian when it sank.”

But during its long legal fight, the Getty had prevailed in other lower court rulings. Italian authorities maintained that previous trials lacked crucial evidence on the statue’s origin, which prosecutors were recently able to provide.

William Pearlstein, a partner at the New York art law firm Pearlstein McCullough & Lederman, which has frequently represented antiquities dealers in disputes with governments, said the Getty should file a suit in the United States, asserting its right to the statue.

“It would state the Getty’s claim for title and challenge the Italians to assert their superior title claim to the satisfaction of a U.S. court, which I don’t think they can do,” he said. “What they’ve done is basically submitted a bunch of inside-baseball claims in Italian court.”

The view is very different in Fano, the seaside town on Italy’s east coast that the fishermen returned to with the statue after they found it more than 50 years ago. Generations there have fought for the statue, and now feel celebratory about its possible return.

“It’s pure joy for Italy, and for my town; we always felt the Lysippus belonged to us,” said Tristano Tonnini, a lawyer for the regional cultural association.

The town has a reproduction of the bronze at its port entrance, and a restaurant and newspaper named after its once presumed creator.

“It was found near here, was kept here and we hope it will come back here,” he said. “It was finally recognized that the Lysippus is like the other 40 masterpieces that the museum already returned to Italy.”

Mr. Tonnini was referring to accords between the Italian government and foreign museums that have allowed Italy to welcome back many dozens of objects. The Getty, under one of the agreements, has already returned 40 artifacts to Italy.

But both parties agreed to leave the bronze statue out of the deal while the court fight over it wound its way through the Italian legal system.

Nevertheless, in Fano, the emotional connection to the statue remains strong. “The bronze just belongs to our cultural heritage,” Mr. Tonnini said.

The Getty noted in its statement that it has trained Italian scholars, curators and conservators, restored art objects for Italy and provided millions of dollars in support of cultural organizations there. “We will continue to do so well into the future and are undeterred,” the statement said.