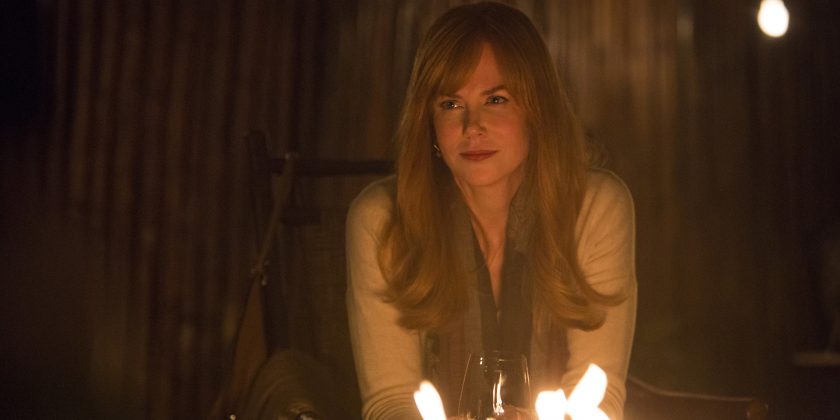 For as much talk as there has been about season two of the hit HBO series Big Little Lies, there’s been remarkably little chatter about the show’s future beyond the upcoming episodes. In a new interview, though, series star Nicole Kidman shines a little light on the subject.

Speaking with Variety after being chosen as their show-woman of the year, Kidman didn’t shy away from answering when asked about another season. “I think it would be hard to get the whole group together,” she admitted, adding, “But we would love to do it.”

Did you hear that, fans? There’s hope!

It may seem premature to think about a third installment considering the second season hasn’t even been released (or for that matter, that a second season was never originally supposed to happen for the “limited” series).

But let’s be real. As fans, we’re all dying to know if what quickly became our new favorite show will be around another year.

How could we not given how well received the first season turned out to be? Thanks to its stellar freshman year, Big Little Lies won a slew of awards and attracted even more top talent to the project — namely, Meryl Streep.

After winning a Golden Globe earlier in the year for best TV limited series, Kidman and costar/coproducer Reese Witherspoon received an email from Streep. “She goes, ‘I suppose now I have to join you.’ And we were like, ‘What?’” Kidman recounted to Variety. “The two of us were just shocked. She hadn’t even read it. That’s how much she wanted to support us.”

“I was terrified. You’re acting opposite the great one. I get nervous anyway — but to be opposite her and not want her to think, ‘Who is this amateur?’ And also, we want to deliver a series for her that she’s great in,” Kidman confessed.

And it isn’t just Streep that compels Kidman and Witherspoon to make every episode of Big Little Lies better than the last. “Reese and I were like, ‘We want this for her and for the other women.’ They have much stronger roles in the second one,” she said.

Still, as excited as that makes us over the women’s potential in future installments, Kidman has a point about the availability of the whole group. In addition to herself, Witherspoon and Streep, the main cast includes Laura Dern, Zoë Kravitz and Shailene Woodley.

According to IMDb, the women have more than 20 projects in various stages of production among them.

At least fans know they can count on the second season of Big Little Lies to come to HBO in 2019 no matter what. And who knows? The new season itself is a perfect example of how audiences can sway the future of their favorite series, so we’re not ruling out a season three just yet.