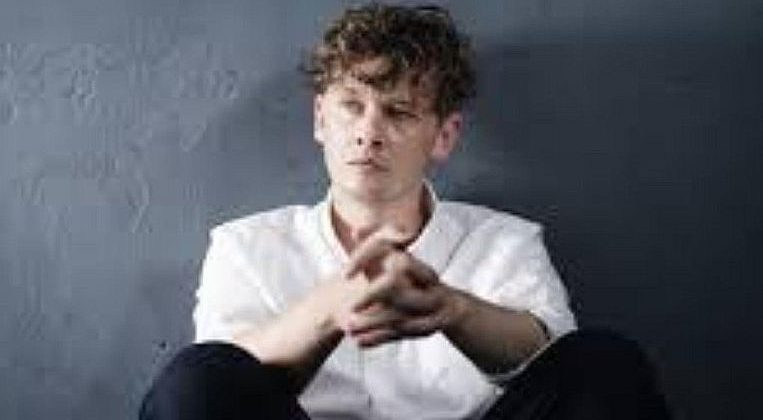 How the loss of a loved one still haunts Englishman Bill Ryder-Jones decades after – specifically, the accidental death of his older brother Daniel at age nine, and its lifelong impact on the family.

On the languorous There’s Something On Your Mind, the opening track of his fourth solo album, he acknowledges drily that he is culpable in the popular music tradition of mining melancholy for profit: “There’s a fortune to be had, from telling people you’re sad.”

The album cover – an old photo of Daniel making a silly face with their po-faced babysitter and the musician as a toddler in the background – provides a foil to the wonderfully bathetic album title Yawn.

Such are the mixed emotions which flow through these tough, stately ballads by Ryder-Jones, the former guitarist of psychedelic pop-rockers The Coral and now a feted 35-year-old songsmith who has found his calling in creating introspective songs for the night.

Yawn does not wallow in sadness; it looks at it like a crow would, probing and flipping it just to see what it will do.

There is distance, and Ryder-Jones has been frank about his own struggle with depression, as well as acute conditions such as dissociative identity disorder and agoraphobia.

On the lead single Mither (which is Northern England slang for “to make an unnecessary fuss or bother”), an ode to his mum, he confesses calmly: “I have this dream when I’m alive/And each day I forget/What’s it like to be dead.”

The music, likewise, is a perky mix of ringing guitars and jaunty drums, which blooms halfway into a breathtaking crescendo of cascading riffs and frenetic percussion.

Ryder-Jones does not parlay tragedy into easy pay-offs. Instead, he welcomes all into his inner sanctum and lets you experience the extraordinary daily effort one needs to maintain sanity, or at least the facade of it.

The sea of distortion is counterpointed by the acoustic dirge Recover, strummed and miked close, with his vocals hushed and double-tracked. “This silence is killing me,” he sings.

It is in this switchblade flick between clarity and fog that lends Yawn its unmistakable aura: an intimate sanctuary where no one is judged.

Taking inspiration from the coolly dispassionate angst of American bands such as Low and Red House Painters, his best songs wrestle with his existential dread and follow up with some useful tips.

In There Are Worse Things I Could Do, he asks, “Don’t I look fine/Don’t I look good babe, in these pearls of mine”, only to puncture the constant need for affirmation with the couplet: “Not that I care what people say/I just don’t feel myself today.”

Similarly, in Don’t Be Scared, I Love You, the song title is chanted in a soothing, near-soporific drone.

“You said something perfect/With six words and one kiss,” comes the unexpected kicker, waking you up from your own inertia into real life.