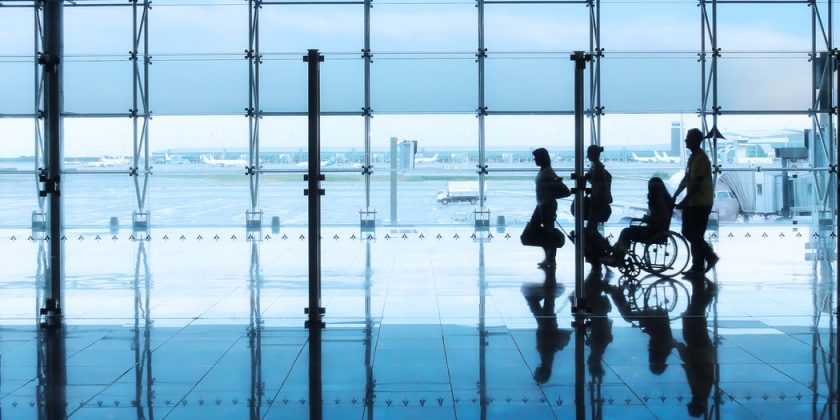 “I need you to do everything for him,” the young man told me through an Arabic interpreter.

We were at an impasse. We had many tools available to treat our patient’s pain and ease his suffering. But the young man wanted something more — a cure for his father, my patient. I backed away from the marble-topped table and left the bright, well-appointed family meeting room on the hospital’s top floor. Heading to see my other patients, I worried about what the next few days would hold for my patient.

He was a middle-aged man from a large city in Saudi Arabia. Over the course of a few months, his belly became swollen and painful. He lost weight and his skin turned a vibrant shade of yellow. He was eventually given a discouraging diagnosis: widely metastatic cholangiocarcinoma, a cancer of the gallbladder. It is an incurable disease with an average survival of only months.

He was dissatisfied with his care at home and decided to come to my hospital in Manhattan for treatment, accompanied by his youngest son.

After stepping off the plane, my patient’s first stop was an appointment with an oncologist. He could barely walk, and the oncologist immediately admitted him to the hospital. There the doctors had grim news. “We can’t cure you and your time is short,” they told him. “We think you should go home to be with your family.”

Father and son replied in unison: “We need you to do everything.”

Each year, tens of thousands of seriously ill people come to the United States hoping to access our acclaimed care. While we do not have exact figures, an economist from the United States International Trade Commission estimated in a 2015 report that between 100,000 and 200,000 international patients per year make this journey. They come with cancer, heart disease and a host of other medical conditions. Most are incredibly sick and see us as their last beacon of hope.

But these patients are not just showing up. Many of our largest and most elite health care institutions seek them out. This is a multimillion-dollar industry, and it is growing. With millions of uninsured and underinsured patients and uncertainty in the domestic health care markets, hospitals are increasingly reliant on patients from abroad to stabilize their bottom line.

Many of these patients are personally wealthy; others, like my patient, who had a blue-collar job, are not, and are financially supported by their governments to seek out lifesaving care. On its face, this arrangement is a win-win. We provide patients with diagnostics and treatments unavailable to them at home, and they provide us with additional funds to fulfill our academic and social missions.

When you dig deeper, though, it becomes clear that care for international patients is complex and, often, messy. We have not yet developed effective tools to screen potential patients in real-time for who would most benefit from traveling to the United States. It’s a fine balance. Not sick enough, and they could have received treatment at home. Too sick, and the patients are coming here to die.

Issues of justice in health care are complicated. Large academic medical centers have ethical and moral responsibilities to their surrounding communities and also to the wider world. These obligations are often aligned, but not always. International patient programs bring these tensions into sharp relief.

While many international patients are wealthy, they too are a vulnerable population. They enter a foreign medical culture, which may have different standards and expectations for doctor-patient communication, especially around sensitive issues like serious illness and death.

Furthermore, international patients, particularly those from the Middle East, are frequently members of cultural, ethnic and religious minorities. In an age of rising American xenophobia and cultural protectionism, patients and families expose themselves to considerable risk coming to the United States. On a more practical level, recent travel bans have limited families from visiting sick or dying relatives who are already here.

Finally, if things do not play out as we hope and their disease continues to progress, it is not easy for international patients to decide where to die. Returning to their home countries would bring them closer to their family and friends. There, they could immerse themselves in the social, cultural and religious traditions that are often so important at the end of life.

But in American hospitals, patients and their families have access to advanced palliative and end-of-life care, which may not be the case in their home countries. For instance, opioids, which can be critical to alleviating suffering in the dying process, are not widely available in some countries. And of course, should patients want to go home, how they get there is far from a trivial question. Air travel for a seriously ill patient is medically, financially and logistically challenging.

My patient got sicker and sicker in front of us and could no longer make decisions for himself. We compassionately tried to help his son understand that if he wanted to take his father home alive, now was the time.

After days of strong resistance, the son broke down. “I can’t do that,” he lamented, tears streaming down his face. “No one else in the family knows he has cancer.”

My patient eventually died, in our intensive care unit and on a ventilator. His devoted son, who never left his bedside, looked up at the medical team in the room. “Thank you,” he said softly. “For everything.”

I’ve cared for many other international patients over the years. Some of their stories ended within our walls. Some had happy endings with cured patients traveling home to grateful families. Many ended with patients returning to their home countries to spend their remaining weeks with their loved ones in familiar surroundings. For others still, we simply do not know. Perhaps patients seek care elsewhere or decide to go home without our knowledge.

International patients place enormous faith in our institutions and clinicians. As we do for each of our patients, we have the responsibility to provide them with state-of-the-art care that is compassionate and culturally sensitive. Unlike with our domestic patients, though, we currently understand little about the experiences and challenges faced by our patients from abroad. Their growing presence raises questions without clear answers. To move forward, clinicians need to engage with health system administrators, economists, ethicists, social scientists and, most importantly, the patients and communities we serve, be they in our backyards or half a world away.

Richard Leiter is a palliative care physician and researcher at the Dana-Farber Cancer Institute.