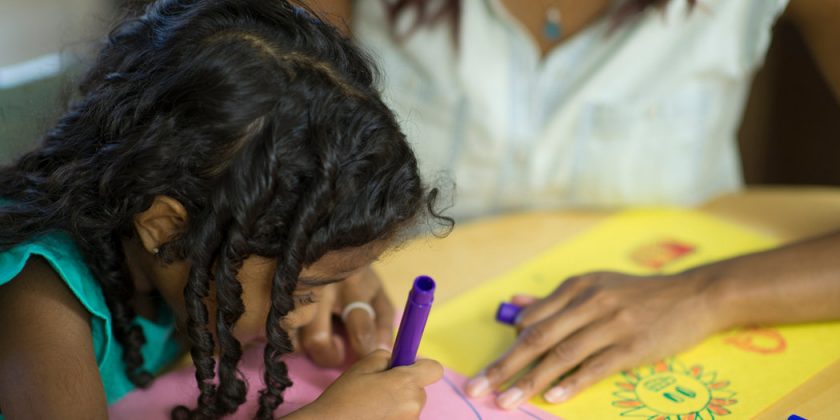 Last year when Patrick Ishizuka published a parenting study, he set off another round of discussion about what we call good parenting, and who is able to do it.

The study looked at the results of a nationally representative survey in which parents were presented with fictional vignettes about elementary school-aged children; alternate responses suggested two different schools of parenting: “concerted cultivation” and “natural growth.” The parents taking the survey were asked to rate the choices of the parents in the vignettes from poor to excellent.

Dr. Ishizuka, now an assistant professor of sociology at Washington University in St. Louis, said that previous studies had shown large differences in parenting behaviors according to socioeconomic status and education, and he wanted to ask if those are “differences in the ways parents conceive of good parenting, or time and money constraints, with more stressors that low income parents face in their daily lives?”

[Read an analysis in The Upshot of the history of the “intensive parenting” ideal, as well as some of the backlash.]

The parents surveyed were remarkably consistent, regardless of socioeconomic status or level of education, he said. The intense style of concerted cultivation, in which the parent acts directly and decisively in the child’s life, was considered good parenting.

“The vast majority of parents view this intensive parenting style as the best, as very preferable to other parenting styles,” Dr. Ishizuka said. “Both men and women strongly support it, whether the parent in the vignette is the mother or father.”

One example involves a child who complains that she’s been feeling bored after school. As a mother of three and a pediatrician, would I vote for offering extracurricular activities or go with what my own mother might have said: “Go outside and play!”? Or should I look for a write-in space to answer what I would actually have said: “The house is full of books!”?

In another vignette, a boy asks his busy mom to draw pictures with him. Well, there’s the good (intensive) parenting response: She stops what she’s doing and sits down to draw with him, then offers him art lessons. But what I would have done would without question have been option two — tell him you’re busy right now, suggest he work on his drawings.

I wasn’t really such a hands-off parent — except when I was. Parenting is not actually a separate activity — or avocation — or vocation — it’s generally part of daily life, and you have your good moments and your bad moments.

The experts who study parenting are interested in how we spend those moments. “If you really look in time diary data, on average parents are not spending hours a day doing these kinds of developmentally stimulating things with their kids,” said Ariel Kalil, a professor at the Harris School of Public Policy Studies at the University of Chicago, and the first author on an influential study of parent time use which showed that differences across the socioeconomic spectrum have increased over time.

Rebecca Ryan, a professor of psychology at Georgetown, who was a co-author on that study, said that with children 3 to 5 years old, college-educated mothers spent on average 14 minutes a day in teaching activities, whereas mothers with a high school degree or less spend about five minutes a day. So the individual amounts are relatively small, but when you multiply those differences out across the endless (or all-too-short) days of child rearing, they can be profound.

“Whatever the myth of hyperparenting is, there is basically no parent who spends two hours a day reading or doing puzzles,” Dr. Kalil said. “The average amount of time parents spend a day is between 20 and 30 minutes.”

And the biggest difference is between parents who don’t do any of those developmentally stimulating activities and parents who do something, she said, which is why the focus of parenting programs and interventions should be to get parents to put in some minutes — not hours — on a regular basis. “What I believe is that what really matters is regular steady habits of modest investment,” she said.

And yes, the parents in the zero-minutes-a-day group are disproportionately low-income and less well educated, though there are certainly plenty of low-income families where lots of reading and talking and involvement goes on. For those at zero, “to shift the needle on moving them closer to what middle class or rich parents do does not mean asking them to read an hour a night,” Dr. Kalil said. “It means reducing the number of days when nothing happens.”

Dr. Kalil directs the center for human potential and public policy, where she studies low-income families. “We’ve interviewed thousands of low-income parents in Chicago,” she said. “They know reading is important, they have books in their house, but for a variety of reasons, because life in low-income circumstances is more stressful and more unpredictable, low-income families have a harder time following through on these aspirations.”

But focusing on the gaps can feel like blaming the victim, Dr. Ryan said; if all parents seem to embrace the idea that engaging with their children is important, it’s important to think about helping parents do what they all want to do, and to think about what might get in their way.

And the rising economic disparities in our society certainly reflect factors other than parenting. “I think it’s important to understand that at the same time these gaps have risen, so too have the test score gaps between kids at the top and bottom of the test score distribution,” Dr. Ryan said. “It’s not clear that it’s because of parenting.” What about the differences in neighborhoods, in schools, in test prep and tutoring?

Still, parents who can’t live up to the ideal may find their own well-being and sense of efficacy suffering. Even in their responses to open-ended questions on Dr. Ishizuka’s survey, parents mentioned the difficulty of meeting the intensive parenting standard, he said, lamenting that their time constraints made it impossible to sit and draw with their children.

Parents need to hear that attention matters, talking, reading, playing, singing, doing puzzles, all of it. We need to get additional help and support to parents in particularly stressed circumstances without making them feel as if those stresses are somehow their fault.

And we need to reinforce the value of the small good moments, while celebrating the genuinely tough and deeply rewarding day-by-day job of taking care of your children as they grow, during those months and years that pass us all by so slowly and so quickly.