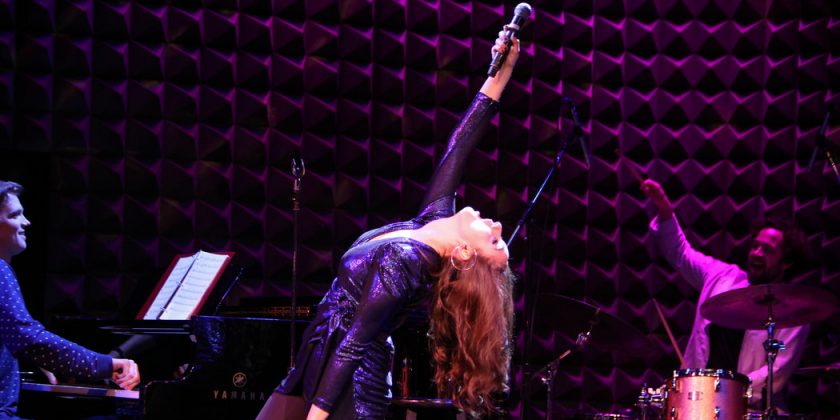 The comic Catherine Cohen, 27, frequently asks her audience this question, and the way she swans around the stage tells you she finds the answer self-evident.

To be fair, Cohen has earned a pretty obsessed following in part because of her finely sharpened first impression, that of a preposterously preening, rigorously self-regarding, sexually arrogant diva in Lululemon leggings. But it’s when she starts singing that her act deepens, and jokes about buffoonish bravado segue into ones about vulnerability and delusion. “Boys never wanted to kiss me, so now I do comedy,” she sings, smiling. It’s her thesis statement of a song, and the refrain “Look at me. Look at me. Look at me. Look at me!” is accompanied by Norma Desmond eyes and hustling footwork.

In her finest tune, Cohen dreams aloud about leaving the city for an ideal life upstate. It begins meditatively mundane (“Think of the Instagrams I’d take/Think of the four pages of a novel I’d read/upstate”). Then she speeds up, dancing furiously, as she spirals into a yearning moan about the joys of apple picking. Only in song does she reveal the true insecurity of her character, the comic desperation of someone whose boasting hides some conventional aspirations: getting a boyfriend and living in Beacon, which in her fevered fantasy are related. 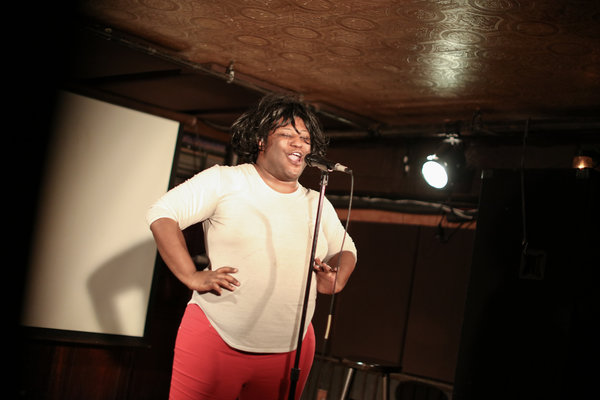 Some of the popularity of these artists, who still fall under the hopelessly vague yet somehow enduring term of alternative comedy, may be a function of the decline of contemporary musical comedy. If you’re a musically inclined comedian who grew up in the past few decades, you are more likely to have laughed at work from Flight of the Conchords or the Lonely Island than at a Broadway show.

Many of these young performers appear to be artistic descendants of “Our Hit Parade,” the defunct downtown showcase where dynamic artists like Erin Markey, Cole Escola and Bridget Everett blended comedy, cabaret and the pop charts. Its end in 2012 left a vacuum that has been filled by comedy. Neal Medlyn, one of the founders of that influential show, performs in the outlandish persona of the pink onesie-wearing rapper Champagne Jerry, and at a recent performance at Joe’s Pub, he paused to ask of his own evening: “Is it a comedy show? Is it a music show? Is it a tractor pull?”

Younger performers are more likely to just call themselves comics. Larry Owens, a dynamo who appeared later in this show, is a good example. He studied drama and improvisation at the Steppenwolf Theater Company in Chicago and is well versed in Stephen Sondheim. But at the moment, you are most likely to see him on a bill of stand-ups. (This may change in May, when he stars as an aspiring artist in the new musical “A Strange Loop” at Playwrights Horizons.)

While Cohen’s act is more like a musical that breaks into song when the characters need to express something more emotional, Owens is at his best when he quickly jumps right into a song. Of all the comedians who sing, he has the most virtuosic voice, a powerful, nimble instrument that can inject a cover of the “Fresh Prince of Bel-Air” theme with an ominous intensity or imbue a ballad to Oprah Winfrey with the kind of gravitas that could make you weep.

He delivered a velvety-voiced, soulful breakup tune about his love for Disney World that is the funniest tribute to Orlando since “The Book of Mormon.” His songs lean on a strong premise with a twist, but end not with a hard joke, but on a delicate emotional note.

At the same show, Marcia Belsky, who has written a musical version of “The Handmaid’s Tale” set in 2028 Brooklyn, sang about how annoying it is when rich people get really into nature. “Don’t stress because deep down we’re all animals,” she sang, describing a dialogue with a wealthy man. “Yes, but you’re an animal who owns a yacht.”

Take away the music, and these songs could be turned into stand-up bits, though not as funny. When the joke leans on an exaggerated reaction to the ordinary, it helps to have some dramatic notes to belt out.

Musical comedy may be even more popular among artists who work online since comic songs tend to go viral faster than jokes told at a microphone, which may be why musical segments Leslie Jones’s tribute to the Upper East Side last week are as integral to the mix of sketches on “Saturday Night Live” as ever. It’s also why so many musical comedians work online. Demi Adejuyigbe, an inventive writer for “The Late Late Show With James Corden,” posts pop-culture spoofs, including a spot-on Childish Gambino and an annual and increasingly elaborate re-edit of the Earth, Wind & Fire song “September.”

But the artist who captures the low-rent spirit of early Bo Burnham videos best is Matt Buechele, who has a gift for spotting and lampooning musical clichés in only a few seconds at his keyboard. His impressions reflect a perceptive ear, whether for that moment in a musical right before the romantic couple break out into song or how movies remix their hit song for the end credits.

Improv comedy has not been immune to this trend. Baby Wants Candy, a musical juggernaut that started in the late 1990s, now has permanent shows in Los Angeles, Chicago and New York. Its alumni have also started their own companies, including North Coast, a hip-hop improv troupe that mounts a “Hamilton”-inspired show called “Anybody” at Caveat that tells the story of a historical figure. But the most impressive improvised musical I have seen is “Your Love, Our Musical,” also at Caveat, a double act in which Rebecca Vigil and Evan Kaufman interview a couple from the audience and turn their romantic origin story into a fluidly structured, tuneful show.

On the night I attended, the artists were lucky enough to find a couple who met at a rationalist association and began a polyamorous relationship. And yet, as fertile material as this may be, part of the reason crowds roar at these shows is undeniably the perceived level of difficulty. If you think improvising an entire show seems like a magic trick, doing it with a full band and jokes that rhyme is like making the Statue of Liberty disappear.

LARRY OWENS will also appear at the Bell House show on Saturday. He is also scheduled to appear at the Blue Heaven comedy festival in Philadelphia this weekend; at Sid Gold’s Request Room in Chelsea on Feb. 16; and with his regular show, “Decolonize Your Mind,” at Union Hall in Brooklyn on March 6. (unionhallny.com)