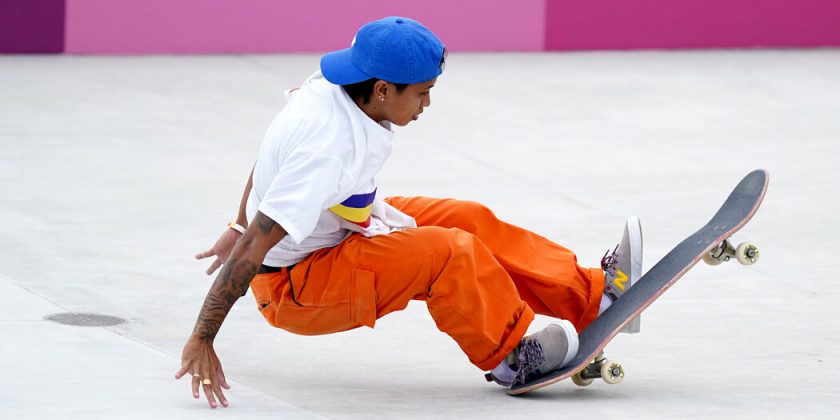 During the inaugural men’s and women’s street skateboarding finals at the Tokyo Olympics this week, the best riders in the world fell. Repeatedly. They tumbled off steps and rails, hit the concrete, somersaulted, slid and loofahed any exposed skin. But after lying for a moment, most popped up, grabbed their boards and moved on to the next trick.

They gave a master class in how to wipe out well.

“Falling is commonplace if you are an athlete or physically active, even if you are young and fit,” said Jacob Sosnoff, a professor and associate dean of research at the University of Kansas Medical Center in Kansas City, who studies human movement and falls. “In fact, if you exercise much at all, I would say falls are almost inevitable at some point.”

Or, as Ryan Sheckler, a 31-year-old world-champion skateboarder and eight-time X Games medalist, told me, “Skateboarding is all about falling. It’s key to everything. If you aren’t falling, you aren’t learning. You have to hit the ground to progress.”

But falling during skateboarding or other sports and activities does not have to end in serious injuries and painful tears. Science and experience suggest that we can learn to fall more safely.

For suggestions about the right ways to tumble, I talked with scientists, coaches and competitors in sports that grapple with gravity, including skateboarding. What follows are their suggestions for where to look, how to crumple, when to flex and why to congratulate yourself when you realize you are about to take the plunge.

“Falling is easy,” Dr. Sosnoff said. “Gravity does the work for you. It’s the landing that’s hard. You need to disperse the impacts when you strike the ground.”

In practice, this means you tuck and roll.

“A rolling movement helps to redistribute the energy that must be absorbed by the body over a larger contact area,” said Vivian Weerdesteyn, a professor of motor control and rehabilitation at Radboud University Medical Center and St. Maartens Clinic in the Netherlands and, at one time, a judo athlete with the Dutch junior national team.

The tuck and roll often is the first skill novice martial artists learn, Dr. Weerdesteyn said, and it can be quite effective. In a 2012 study, she and her colleagues asked trained judo practitioners to fall sideways, while either tucking and rolling into the fall or simply dropping, letting their hip slam into the mat. The researchers measured the resulting impacts and found that the tuck and roll technique reduced impact forces on hips by nearly 30 percent.

So, next time you begin to fall to the side while standing, tuck in your chin to round your back and protect your head, crook your arms, elbows out, squat at the knees, to lower your center of gravity, and curl, shrimp-like, into the direction of the fall. Depending on the height and direction of your tumble, you should aim to land on the meaty part of your upper back, below the shoulder blade, or on “that fleshy spot between the hip and buttocks,” Dr. Weerdesteyn said. As you hit the ground, continue rolling in the direction of the fall, until you naturally come to a stop. “Don’t fight the momentum” of the fall, she said. Flow with it.

This maneuver may sound daunting but is not difficult for most healthy people to master or deploy in an eyeblink, Dr. Weerdesteyn said. In other experiments by her research group, young people picked up the technique after 30 minutes of supervised instruction. And once trained, people typically start to tuck and roll within milliseconds during a controlled fall.

To practice your own tuck and roll, find a clear space in a room or hallway and stack padding, such as a mat or thick blankets. Then roll through some slow-motion falls. Begin from a low, squatting position, so you generate the least force when striking the ground, before moving on to standing falls. Drop sideways on both sides, then forwards and back. If you are concerned about speed, have a partner brake you by holding lightly onto your upper arm while you tuck. (Talk to your doctor first if you have a history of injuries or bone thinning. You also could consult an athletic trainer for an evaluation of your falling technique.)

Helmets, wrist guards, kneepads and a stash of bandages also help if, tempted by the Olympics, you decide to sample a new sport. “Padding is pretty important” for novice skateboarders, Mr. Sheckler said.

Ditto in other gravity sports. “Pads are the way to have the fun continue,” said Ryan Nyquist, the head coach for the United States BMX freestyle team and a 16-time BMX medalist at the X Games. BMX freestyle, which involves launching yourself and a BMX bike from features in a bicycle terrain park, makes its Olympic debut on Saturday.

Orient yourself in space, too, if you are above the ground, said Nina Williams, a professional rock climber with The North Face team. (Sport climbing will be another new sport at the summer Games.) “Don’t close your eyes,” she said, if, for instance, you are on a bouldering wall at your local climbing gym and suspect you are about to fall. “Look down,” she said, check for obstacles, such as other climbers or their gear, and gently let go. “Don’t jump off,” she said. “Exhale and let yourself fall.”

Land on your feet, she continued. Then, of course, use your tuck and roll. “Don’t brace yourself,” Ms. Williams said. “Stay loose.”

“Think ‘feet, knees, hips, elbows, shoulders,” Mr. Nyquist said, and then roll like a rag doll from one to the next.

Try not to catch yourself with your hand and arm. But if, in some circumstances, you must, flex your wrists and elbows.

“If the choice is between hitting the ground with your head or an arm, use your arm,” Dr. Sosnoff said. Relax and bend that arm, though, to absorb the impacts and reduce the chances of incurring a wrist or hand sprain or fracture.

Over all, Mr. Nyquist said, be sensible. Wear safety gear during any activity where you are likely to crash or tumble. Practice safe landings. Remain loose and crumple as you hit the ground. But also, perhaps, exult just a little after any landing you walk away from.

“Falling, failing and then getting up and trying again, that’s how you progress in anything,” Mr. Nyquist said. “I’m 42. So, I’m happy to still be trying new tricks, to still be able and willing to fall.”