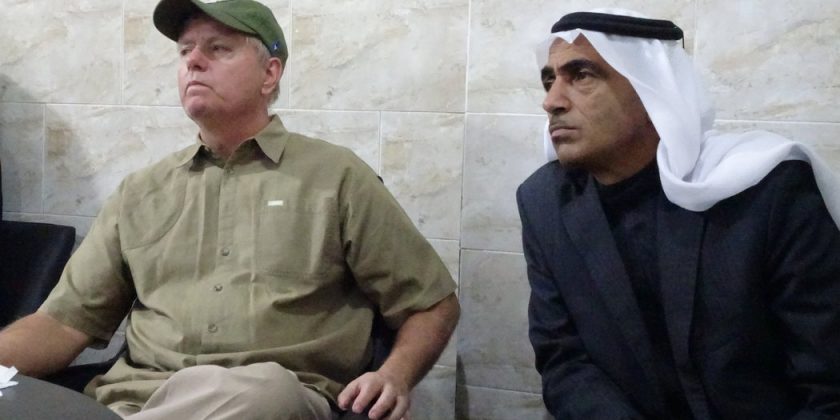 “Pretty cool,” Lt. Gen. Paul E. Funk II, then the commander of coalition forces fighting in Iraq and Syria, told me. “This is what stability looks like. This is what winning looks like.”

General Funk was standing in a crowded marketplace in Manbij, Syria. He was surveying stalls where vendors not only hawked spices, gold jewelry, olive soap and fresh chicken, but also freely displayed women’s undergarments and brightly colored clothes that the Islamic State banned before it was driven from the city in 2016.

He was with a delegation of two United States senators, their staffs and a military escort — none of whom wore body armor as they walked through the throngs. From the souk, the group strolled to a nearby restaurant, the Palace of Princes, for lunch with local leaders. It was July 2, 2018.

Six months later, on Wednesday, a suicide bomber detonated his explosive vest outside that same restaurant, killing 15 people, including two American troops, a civilian employee of the Defense Intelligence Agency and a military contractor.

The Islamic State claimed responsibility for the attack, raising questions about whether American personnel had become lulled into complacency, or if President Trump’s announcement to withdraw American forces had emboldened the extremist group and upset Manbij’s fragile stability. 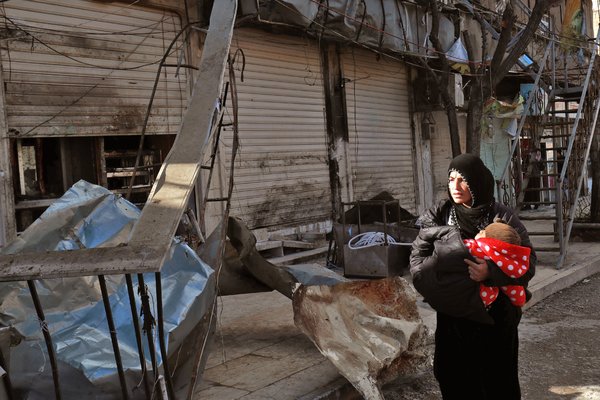 I was with the delegation that day to write about a planned visit later in the afternoon to wartime prisons elsewhere in northern Syria, where a Kurdish militia was holding Islamic State detainees. But the first stop was Manbij, which the lawmakers wanted to see for other reasons, and I went along for the ride.

The delegation was led by two senators on the Armed Services Committee, Lindsey Graham of South Carolina and Jeanne Shaheen of New Hampshire. And while I had no plans to write about Manbij, out of journalistic habit, I took careful notes about what we saw.

After we spent the previous evening at the American Embassy in Baghdad, the military flew us to northern Syria on a C-130 plane. Notably, while we were required to wear body armor whenever we were outside the embassy compound in Iraq, the military did not think such protection was necessary where we were going in Syria.

After a brief stop at a patrol base, a convoy of armored vehicles drove us into Manbij. We went past a boat sculpture on a traffic circle where Islamic State fighters were said to have held public executions before the American-backed Kurdish militia drove the extremists from the city in 2016. The convoy passed through several security perimeters to reach the city center.

The scene in Manbij was vibrant, with throngs of people shopping and selling wares with no sense of peril from Islamist terrorism. Instead, the main fear focused on nearby Turkish military forces and whether they might attack to drive the Kurds from the Arab town. The American military was patrolling the area to help keep the peace.

After the marketplace, the group strolled across a plaza that was said to once have been called Jewish Square. Mr. Graham remarked to me that the people of Manbij ought to rename it “Trump Square.” The implication was that that might make Mr. Trump less willing to abandon them.

At the Palace of Princes restaurant, a favorite of American military advisers, the group walked down a short flight of stairs from the street level to a basement room with small round tables, decorated by tiled walls and paintings and cooled by ceiling fans.

There, waiters brought bottles of water and small cups of coffee along with seemingly endless waves of food — kebabs, chicken shawarma, yogurt, hummus, salads and many other delicacies. Over the food, the Americans met with the heads of the Manbij city council and other local leaders, who were working on a new constitution and laws, along with Kurdish militia leaders.

The Manbij residents talked about life under the Islamic State — the shuttering of schools, the forced dress code of black, the pervasive fear that kept people walking and speaking “like robots.” They made pitches for funding for things like fixing up a hospital where a dialysis machine and other equipment had been looted by the extremists.

One resident, Shikh Khalif, said he had owned a car dealership before the Syrian civil war began in 2011, and was now the leader of the New Syria Party, which formed last March. Mr. Graham asked him what his platform was, and why people should vote for him.

“My hands are clean,” Mr. Khalif said through a translator. “I had no hand in killing people.”

“Pretty good,” Mr. Graham said. “No corruption, no killing — goes a long way.” He then asked what would happen if the United States were to leave Manbij.

Mr. Khalif replied that perhaps the Islamic State would return, or perhaps the region would fall under the control of the government of Syria’s president, Bashar al-Assad, or even be occupied by the Turkish military.

“It would be chaos,” Mr. Khalif said.

When the lunch was over, the American group thanked the restaurant’s staff and walked back up the stairs to the sidewalk, preparing to take the convoy back out of town. But first, Mr. Graham and several of the people at the lunch posed, smiling for a photo.

They stood on the same spot that was transformed into a scene of carnage this week. 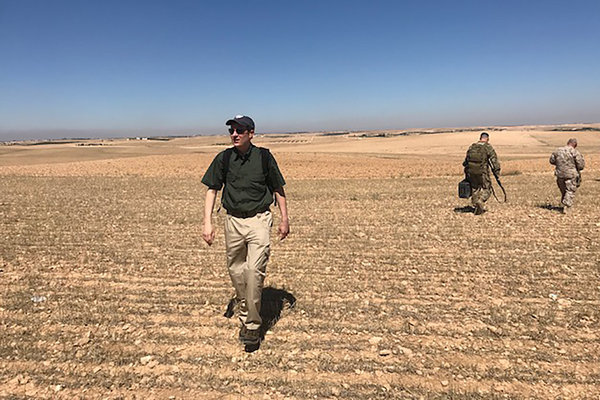 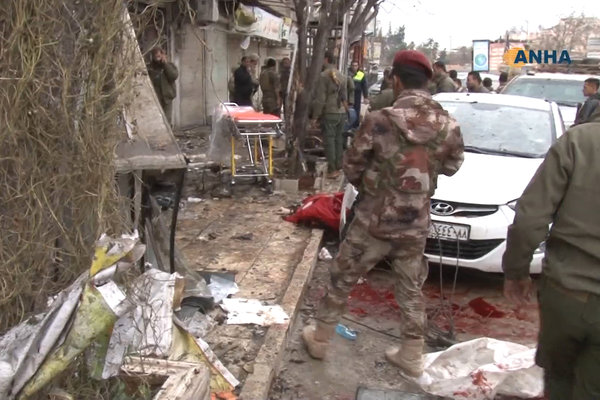 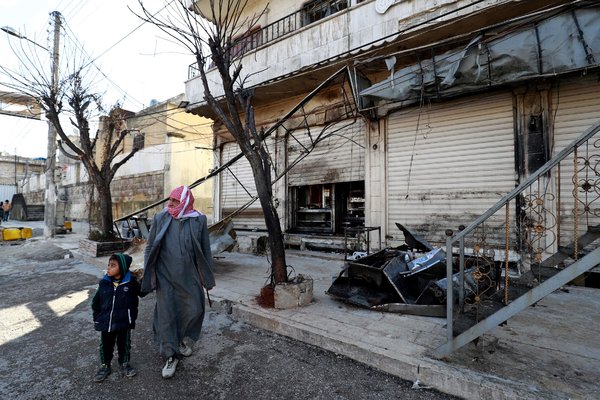 Charlie Savage is a Washington-based national security and legal policy correspondent. A recipient of the Pulitzer Prize, he previously worked at The Boston Globe and The Miami Herald. His most recent book is “Power Wars: The Relentless Rise of Presidential Authority and Secrecy.” @charlie_savage • Facebook