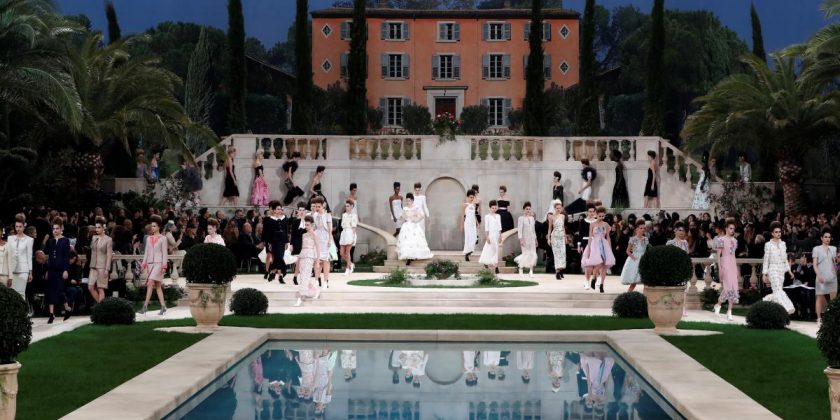 PARIS (Reuters) – Chanel hosted guests in a mocked-up Mediterranean garden for its Haute Couture show on Tuesday though Karl Lagerfeld, the octogenarian designer responsible for the collection and extravagant set, failed to show up for his customary bow.

“For the traditional greeting at the end of the show, Mr Lagerfeld (…) , who was feeling tired, asked Virginie Viard, director of the creative studio of the house, to represent him and greet the guests,” the brand said in a statement.

Lagerfeld – one of fashion’s most prolific designers who also creates looks for LVMH’s Fendi label as well as his eponymous brand – has been Chanel’s artistic director since the early 1980s and is known for his striking visual displays.

His latest show transported onlookers to the palm-tree lined garden and pool of a Tuscan-style villa, contrasting with the wintry surroundings in Paris as snow fell on the venue’s glass ceiling inside the Grand Palais exhibition hall.

In a collection inspired by Lagerfeld’s favorite period, the eighteenth century, feathers adorned new twists on the brand’s classic tweed suits, which came with ankle length or fishtail skirts.

Some models wore pastel colored prom-style dresses. One strutted down the catwalk in a pale green number embellished with life-like flowers as celebrities including film director Sofia Coppola and actress Tilda Swinton looked on from deck chairs.

The fashion show closed with a glittering silver swimsuit as the brand’s bridal look, complete with a veil trailing from a swimming cap.

Lagerfeld, who has long maintained a mystery about his exact age, had been expected to put in an appearance after the second run-through of the collection. 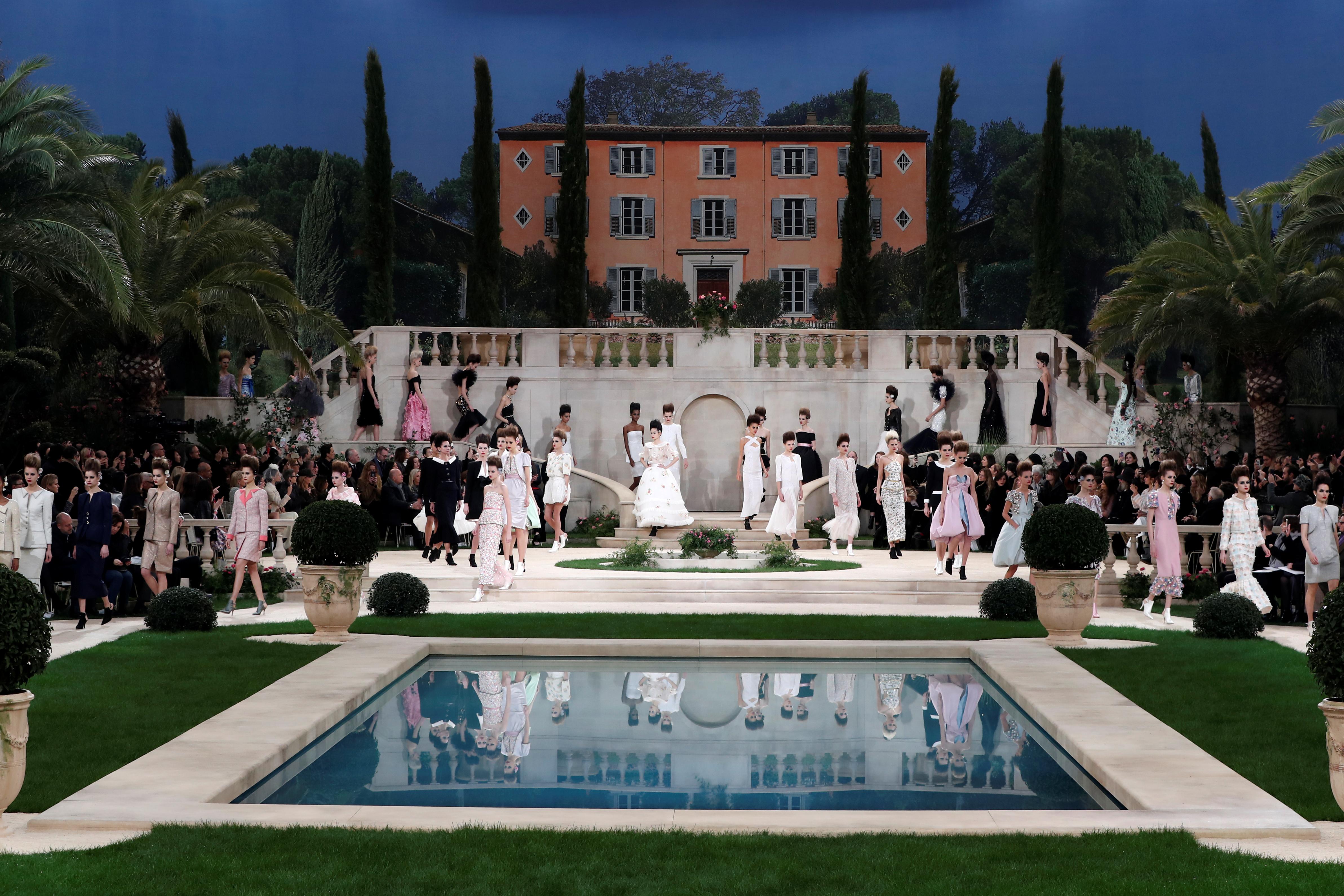 The German designer is credited with helping jazz up the label founded by Coco Chanel in 1910 and attract younger clients. And at a time when fashion labels are relying ever more on creating a buzz on social media, Lagerfeld’s over-the-top catwalk settings have proved a hit too.

Chanel’s statement said Viard and Director of Image Eric Pfrunder “would continue to work with (Lagerfeld) and follow through with the brand’s collections and image campaigns”.