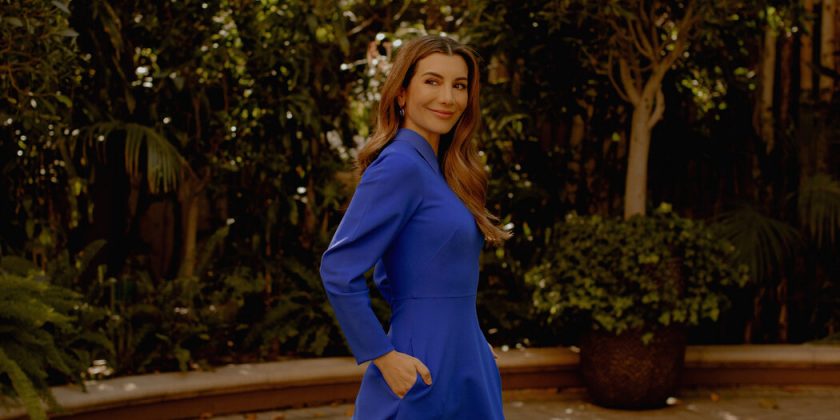 For almost everyone, adolescence is a unique and personal caldron of anxiety. When Nasim Pedrad was growing up in Orange County, Calif., in the 1990s, she was simultaneously contending with a general, pubescent sense of mortification and the specific uncertainty of being a teenage immigrant who’d come to the United States from Iran at age 3.

“I was just this awkward creature with jet-black arm hair and a name that people mistakenly called Nissan,” Pedrad said. “I was desperately trying to learn what high-school politics were about.”

She had no brothers but many male cousins who were just as eager to fit in, in their new schools and in their new country, with whom she spent time watching “Rocky” movies and getting into punching matches. “As immigrant kids, we were pretty much the blind leading the blind in how to assimilate,” she said.

Years later, when Pedrad, a 39-year-old alumna of “Saturday Night Live,” had the opportunity to create a comedy series for herself, she decided to tell a story that would zoom in on the particular angst of a teenage Persian boy coming up in an American high school in the present day.

And she chose to play that character herself, believing that he was the most precise embodiment of the alienation she once felt.

“I don’t know why my truest essence is that of a 14-year-old boy, but here we are,” Pedrad said in a video interview from her Los Angeles home earlier this month.

Over the course of further conversation, though, she would acknowledge that she had quite a lot in common with the title character of “Chad,” her TBS series debuting on April 6.

Pedrad recognized as well that by inviting viewers in with a comedic take on the universal degradations of youth, “Chad” can be the forum to share a version of her immigrant story.

“Teenagers are already struggling to define their identity and feel accepted by their peers,” she said. “When you’re an immigrant kid, you’re also caught between two cultures. It becomes an extra obstacle in the gauntlet of high school.”

“The goal isn’t to trick people into thinking I’m an actual 14-year-old boy,” she said. “It’s to get them to suspend disbelief enough to relate to the character and hopefully laugh at how ridiculous he is.”

“Chad,” which has taken several years to make it onto television, shares some conceptual overlap with comedies like “PEN15” and “Big Mouth,” which also cast grown actors as adolescents (and which had their debuts after Pedrad started work on her show). It also has the cringey, can’t-look-away comedic sensibility of shows like “Curb Your Enthusiasm.”

As Pedrad explained, her protagonist is rigidly committed to gaining popularity, leading to his constant embarrassment. “He’s willing to get there at all costs, including throwing himself under the bus,” she said. “He knows things aren’t going great for him and he has absolutely zero tools to change it.”

But the show’s discomfiting premises often conceal personal sources of inspiration. In its second episode, Chad receives a gift from his absent father in Iran — it turns out to be a sword that he brings to school with disastrous results.

Pedrad said this story line (minus the actual sword) came from her own childhood. “When I was growing up, any package that arrived from Iran held so much weight and significance because it was coming from relatives that I barely saw,” she said.

Following her earliest roles on shows like “Gilmore Girls” and “ER,” Pedrad spent five seasons on “S.N.L.”, from 2009 to 2014. She often found herself cast as boys in comedy sketches, not always of her own volition.

“I wouldn’t say it registered, necessarily, as demeaning,” she said of these characters. “There are things that you choose to do on ‘S.N.L.,’ and things that you’re asked to do.”

After playing supporting parts on Fox shows like “New Girl,” “Mulaney” and “Scream Queens,” Pedrad began developing a project for herself on that network and came up with the idea for “Chad.” 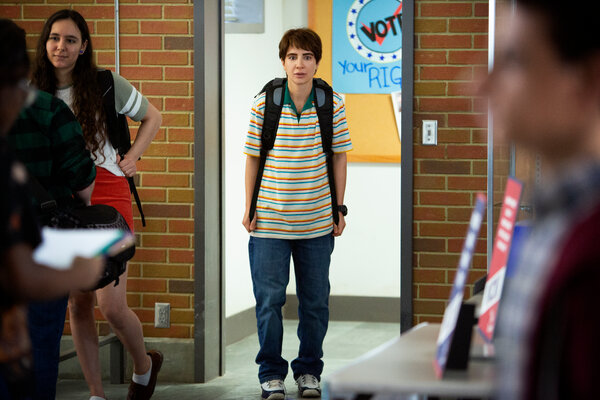 “I really knew that I could disappear into looking like a little dude in a way that would be helpful to the performance,” she said. “I felt like a 14-year-old boy could get me further from me than had I been in pigtails, as a grown woman, playing a teenage girl.”

She said that it was especially important to her that “Chad” include the home life of an Iranian immigrant family. Going back to the start of her acting career, she said, “All the representation that I did see of Middle Easterners on TV was predominantly negative. Everyone who looked like me was either working actively for or against a terror cell.”

Fox commissioned a pilot episode but passed on the series in the summer of 2016. Pedrad said there were no hard feelings but suggested that the network may not have been fully on board with its central conceit.

“When I first pitched it, there was definitely an emphatic hope that I would change my mind and play his mom,” she said with a laugh.

Pedrad continued to act in films like Disney’s live-action remake of “Aladdin” and on TV comedies like “People of Earth” on TBS. Eventually that network picked up “Chad” for itself.

Sam Linsky, who is a senior vice-president and co-head of original scripted programming at TBS, TNT and TruTV, described Pedrad as a performer and writer who had long been ready to carry her own series.

Part of the TBS comedy brand, Linsky said, is “taking a chance on people who that are overlooked or ready for that next step — she was ready to jump to this role.”

Linsky said that TBS always embraced the idea of Pedrad playing the main character on “Chad,” while knowing that this arrangement might present some challenges when the series went into production.

“She’s the showrunner and the star and, also, by the way, every time you go to set, it’s going to take you hours to get ready,” he said.

But, Linsky added, “we went into this with eyes wide open about what her vision was, and we’re going to support that.”

To get a better sense of what adolescence is like now, some two decades removed from her own, Pedrad had conversations with the children of friends and acquaintances. “I had a lot of FaceTimes with a lot of confused 14-year-olds with absolutely zero context as to why they were talking to me,” she said.

More seriously, Pedrad said she was dismayed to learn how large the internet loomed in the lives of these teenagers, and how it opened them up to constant scrutiny.

“They’re receiving never-ending exposure,” she said. “The pressure that comes with that is not something I envy.”

On “Chad,” she has populated the character’s home world with his single mother (Saba Homayoon), his more socially adept younger sister (Ella Mika) and a sweetly devoted uncle (Paul Chahidi) navigating his own way through American culture.

At school, where Chad’s peers are played by real teenagers, the character spends time with a nerdy best friend (Jake Ryan) who is comfortable in his own skin and a cool classmate (Thomas Barbusca) he is determined to impress.

For the actors who are at the actual age that Pedrad is pretending to be, performing opposite Chad can be both a baffling and validating experience.

Barbusca, who turned 18 in March, said that he may not have fully understood Pedrad’s plans for “Chad” even after he was cast on the show.

Recalling an early table read, Barbusca said, “We’re all sitting around the table with the producers and the network and Nasim’s not there. And then Nasim walks in, in the full Chad outfit. I had no idea who she was. I had no idea what was going on. And I later put the pieces together.”

Even so, Barbusca said he felt that the writers on “Chad” had captured a truthful depiction “of an adult’s point of view on a teenage boy.”

“I think it’s as simple as them remembering how awful it was to be a teenager,” he said.

Ryan, who is 17, said that the bluntly opportunistic ways that the “Chad” characters discussed the pursuit of popularity felt real to him. “When I was 14, I can remember talking to people that way,” he said.

During production, Ryan said that Pedrad — still in her Chad makeup and costume — would quiz him between takes to see if the teenage characters were coming across as authentic.

“She would ask us if these were things that people my age would say and do,” Ryan said. When they filmed a sequence in which Chad awkwardly tries to interrupt another boy’s attempt to flip a water bottle, Ryan said, “She asked me, is bottle-flipping still in? I felt like it was.”

Pedrad, from her perspective, saw her co-stars’ behavior differently, though in a way that Chad would probably understand.

“When they would call cut,” Pedrad said, “they would begin — in an absolutely normal way, as 14-year-olds — to talk about things that I had no idea about. They were making references that I was immediately Googling so I could partake in the conversation.”