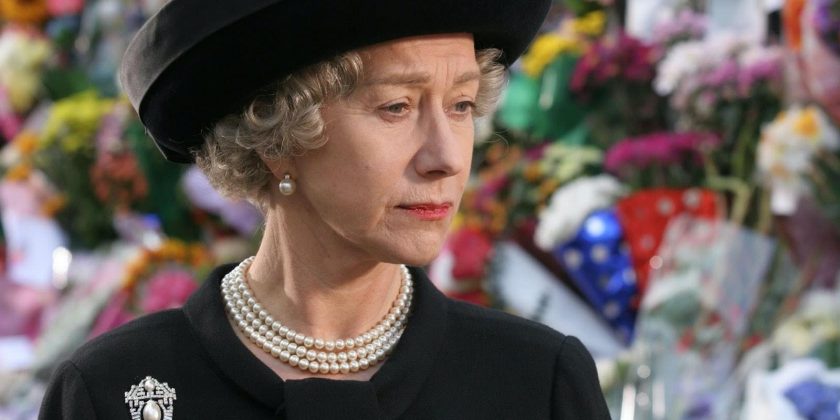 While there is no shortage of TV shows, films and documentaries about the life of Queen Elizabeth II, Helen Mirren’s Oscar-winning performance in the 2006 biopic drama The Queen is undoubtedly one of the best.

It’s no wonder we feel we have such a strong connection to the royal family, given that we’ve been watching them portrayed on screen in The Crown for the past six years. From the death of King George VI to the marriage of Prince Charles and Princess Diana, the Netflix drama has portrayed many key royal moments across an award-winning four seasons.

Since Queen Elizabeth II’s passing at the age of 96 last Thursday, viewership for The Crown has risen more than 800% in the UK, as well as soaring upwards across the globe. Given the Queen’s unprecedented 70-year reign, it’s not surprising that we’ve flocked to our screens to revisit her fascinating life and legacy. But with a pause in production and season five still on the way, fans of the Netflix show will undoubtedly be looking for new ways to commemorate the end of this historic era.

Thankfully, The Crown isn’t Peter Morgan’s first royal onscreen creation, because in 2006, he penned the Oscar-winning biopic The Queen, starring Helen Mirren. If you’ve worked your way through The Crown and are looking for another captivating portrayal of Queen Elizabeth II, you should definitely consider adding it to your watchlist.

Who is Peter Morgan?

Helen Mirren as Queen Elizabeth in the 2006 biopic The Queen

Peter Morgan is the creator and showrunner of The Crown and wrote the screenplay for The Queen.

A decade prior to the release of the show in 2006, Morgan wrote the screenplay for The Queen following on from his play The Audience, which ran from 2013-2015 across the West End and Broadway. The Audience centred on the weekly meetings (known as ‘audiences’) across the years that the Queen held with the varying prime ministers.

Peter Morgan is no stranger to stories based on true lives. Over the years he has also written the screenplays for Frost/Nixon, Rush and The Last King Of Scotland. However, the monarchy seems to be something of a fascination for Morgan, who could be considered the unofficial authority in putting the royal family on screen.

He seems to have a creative attachment, or at least an internal instinct, to return to the Queen time and time again.

“Through her eyes, you can see the entire second half of the 20th century,” he has said of the long-standing monarch.

He’s even been up close and personal with the family, having visited Buckingham Palace to be honoured for his services to drama, during which time he was told by Prince Charles on the topic of screenwriting, “I tend to think it’s not what you leave in, but what you leave out that’s most important.”

Helen Mirren as Queen Elizabeth in the 2006 biopic The Queen

What’s The Queen about?

While The Crown stretches over decades worth of legacy (with a rotation of cast to show for it), The Queen focuses on the few days after the death of Princess Diana in 1997.

The death of Princess Diana has been regarded as one of the most shocking moments in recent history, with an estimated 2.5 billion people watching the broadcast of her funeral. Diana, ‘The People’s Princess’, was arguably one of the most beloved figures in British history and adored worldwide.

The Queen explores the scrutiny that Queen Elizabeth II faced from the British public as a result of what they believed at the time to be a slow reaction to the tragedy.

In both The Queen and The Crown, Peter Morgan swings between the unflattering realities and the gilded magnificence of the monarchy. It’s a world in which we see the golden glory of crown jewels and decadence, but also the dusty dreariness of the palace proper and the complicated politics that come with being royal.

The Queen is no exception, but ultimately chooses to portray Queen Elizabeth II as a headstrong monarch who carries a great deal of responsibility on her shoulders, not only as a Queen and head of state, but as a grandmother. It respectfully asks the question: can even the dignified sometimes get it wrong?

Helen Mirren returned to portray Queen Elizabeth II after originating the role in The Audience across the West End and Broadway runs.

Mirren received a wave of praise at the time of her performance for making he character so layered and emotive, taking home Best Actress at the 2007 Academy Awards for her role in The Queen, as well as a Bafta and Screen Actors Guild award for the same category. She also received praise for her portrayal in The Audience, earning both Olivier and Tony awards.

The film itself also earned a wave of prestige nominations across the board, including Best Picture, Best Original Screenplay and Best Director.

The film also stars an impressive line-up of acting veterans, such as Michael Sheen and James Cromwell in the roles of Tony Blair and Prince Philip respectively. Sheen, like Helen Mirren, has returned to playing Tony Blair time and time again, starring in a trilogy of films, The Deal, The Queen and The Special Relationship, all of which were penned by Morgan.

In the wake of the Queen’s passing, Mirren posted a statement to Instagram reflecting on her longstanding association with the monarch.

“I am proud to be an Elizabethan,” she wrote. “We mourn a woman who, with or without the crown, was the epitome of nobility.”

The Queen is available to stream on Netflix and Amazon Prime in the UK.