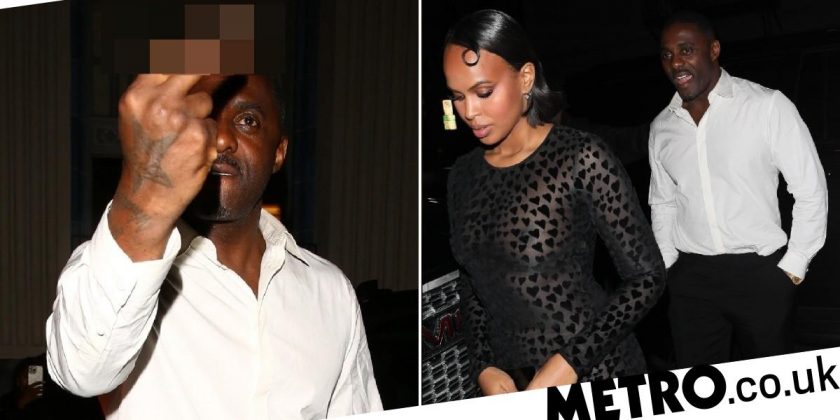 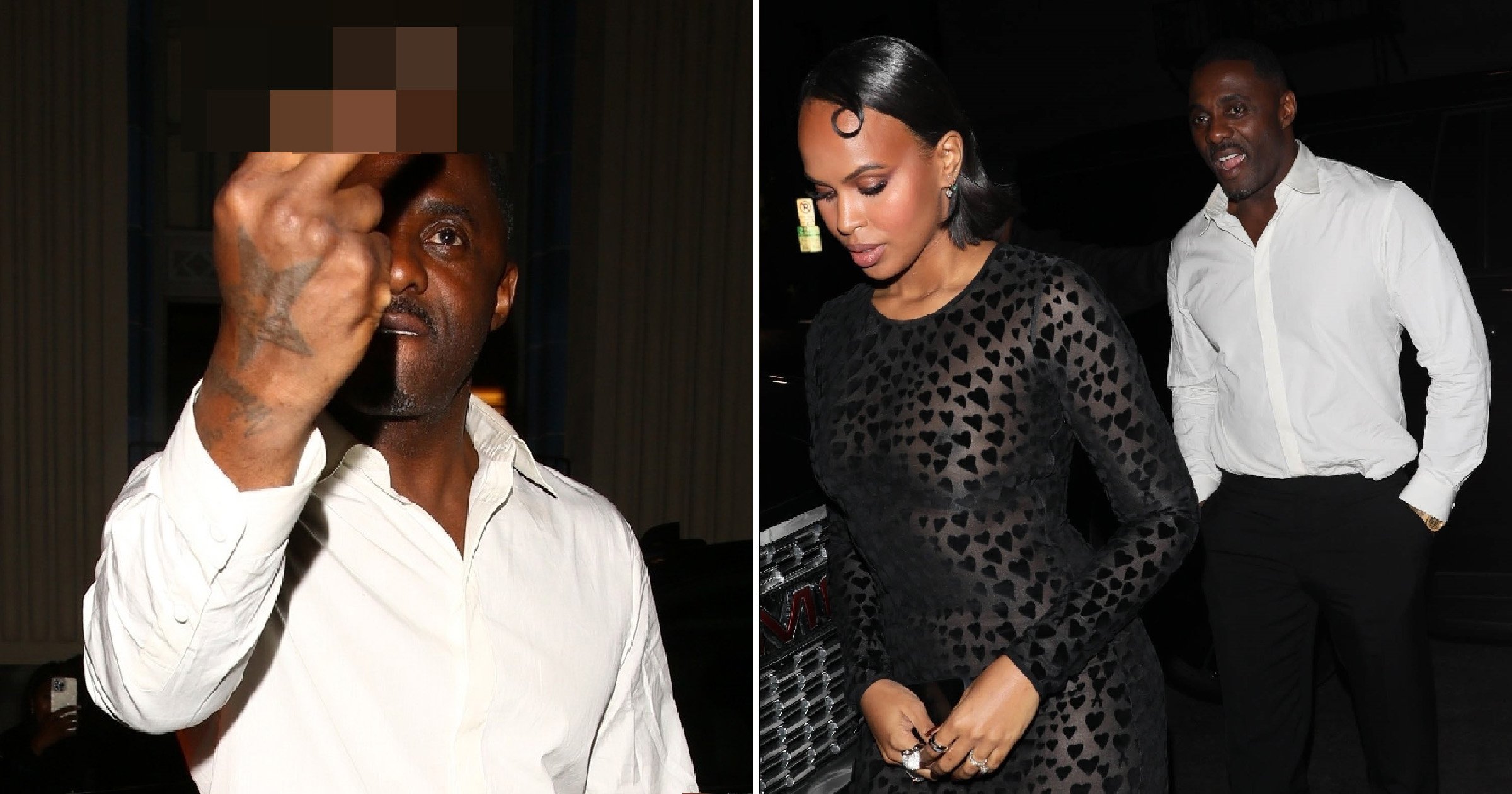 It appears Idris Elba and his wife Sabrina had a grand ol’ time at Odell Beckham Jr.’s 30th birthday party.

Naturally, there was a star-studded guest list, with the likes of Justin Bieber and his wife Hailey letting their hair down for the night.

Exiting the celebrations, Luther star Idris didn’t seem best pleased at being photographed after his wild night, as he flipped off cameras.

The 50-year-old actor looked casual as he’d unfastened the top buttons of his shirt and removed his jacket, flashing his middle finger at reporters.

Sabrina, meanwhile, kept her head down as her husband walked behind her.

Despite what was bound to have been a raucous night, she still looked stylish, donning a see-through mesh frock with a black heart print.

She slicked her raven locks behind her ears and opted for a bronzed make-up look.

Idris and Sabrina married in April 2019, in a ceremony in Marrakesh.

He has two children: a daughter, Isan, with Nørgaard and a son with ex-girlfriend Naiyana Garth.

Hackney-born Idris has had a busy time of things lately, as he recently wrapped filming for the hotly-anticipated Luther movie.

Details of the project have been kept largely under wraps, but fans of the crime thriller are eager for DCI John Luther to return to their screens.

Last November it was confirmed that the BBC series would be given the big screen treatment, and it has since been announced that Idris will be joined by the likes of Cynthia Erivo and Andy Serkis in the cast.

While promoting his recent blockbuster Beast, Idris revealed that filming was done and dusted, but refused to spill whether Ruth Wilson will return as the iconic Alice Morgan.

‘The Luther film, guess what, we have finished it and we have some finishing work to do on the movie but it’s nearly there,’ he told LadBible, saying they were all ‘really proud of it.’

‘The world of Luther as a television show and film is similar, but the film has [huge] scale,’ he teased.

‘We’re opening the doors and widening it so anything’s possible when you can do that.’