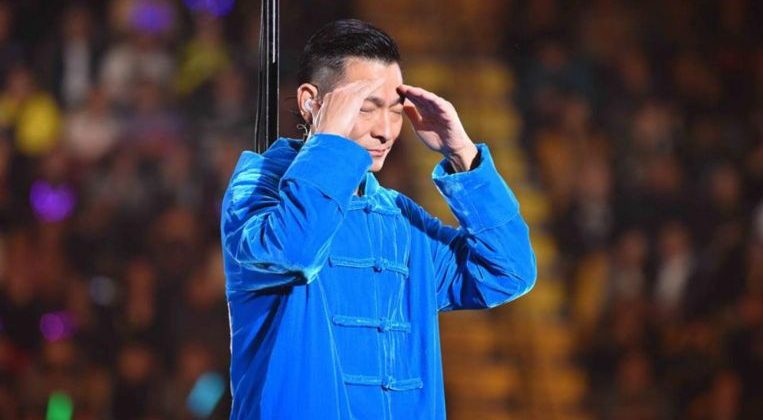 The 57-year-old was midway through the fourth song during the 14th night of his concert series at the Hong Kong Coliseum when he abruptly stopped.

In a video posted to concert organiser Focus Entertainment’s Facebook page, a visibly emotional Lau broke down as he apologised in Cantonese to thousands of fans in the audience.

“The doctor has said that I should not continue singing, but I cannot bear to stop,” he said in a hoarse voice, standing on a small platform suspended in mid-air.

“I don’t want everyone to have to listen to this voice all night, so after this song, I will stop the concert,” he added.

The last song Lau performed was Ru Guo You Yi Tian, or If One Day. Fans could be heard still cheering him on with cries of “ga yau”, Cantonese for “press on”.

In a separate post on Saturday morning, Focus Entertainment said that the three concerts in the My Love Andy Lau World Tour originally scheduled for Dec 28, 29 and 30 have been cancelled.

“We hope that after Mr Lau rests more, he will be able to continue performing,” it wrote in Chinese.

It also apologised and asked concertgoers on those dates to retain their tickets, adding that details on refunds will be announced soon.

A fan who has been a supporter of Lau’s for 30 years spent close to $2,500 including airfare and accommodation to see him.

Despite the cost, she did not feel disappointed, saying: “The most important thing is his health, he must properly recuperate.”