From House of Gucci to The Eyes of Tammy Faye, we’ve seen some pretty shocking adaptations of real-life experiences had by the rich and famous. Honestly, it seems like there’s a whole celebrity-scandal-to-mini-series pipeline happening right now. But there’s one particular story that’s piqued our interest not only because of the transformative performances given by its main cast, but also because of the celebrity story at its heart, one that forever changed how we think about public discourse on celebs’ private lives. Hulu’s Pam & Tommy is poised to re-litigate the public reaction to Pamela Anderson and Tommy Lee’s leaked sex tape, how it was circulated, and the high-profile lawsuit that followed. It’s a series that can’t be missed this winter, and we’re here to tell you how to watch the show — and how you can stream the first three episodes for free.

Before we dive into how you can watch this highly anticipated mini-series, let’s break down exactly why you should check it out in the first place. Pam & Tommy covers the 1995 circulation of Anderson and Lee’s sex tape, which was stolen from their home by Rand Gauthier, a disgruntled electrician who didn’t have the best experience working for Lee and Anderson. Gauthier came clean about circulating the videotape in a 2014 Rolling Stone article, and the mini-series takes an intimate look at how the tape was taken from Anderson and Lee’s house, shown across the world via the internet, and the immense fallout Lee and Anderson dealt with as a result.

The eight-episode mini-series will touch on Lee and Anderson’s whirlwind romance and wedding, the distribution of the tape, and the legal ramifications that followed. Bearing all of this in mind, the team behind the Oscar-winning film I, Tonya are giving this story their own spin. Craig Gillespie, who directed the 2017 biopic, helms the first three episodes of Pam & Tommy. For audiences who’ve already seen I, Tonya, that may give you a slightly better idea of what to expect from this take on a divisive story in our not-too-recent past.

I, Tonya took an introspective look at — frankly, widely hated — figure skater Tonya Harding, reevaluating her mighty fall from grace and the consequences she faced after Nancy Kerrigan was attacked by Harding’s associates. The film was sprinkled with some narration and documentary-style interviews with the main characters, each offering a bit of insight into the entire fiasco that cost Harding her figure skating career. From one salacious story to another, Gillespie’s direction sets the tone for Pam & Tommy, and we have a feeling it won’t be unlike his unique style in I, Tonya — we’ll just have to wait and see to find out whose humanity Gillespie is most interested in exploring.

For what it’s worth, 54-year-old Pamela Anderson is reportedly very aware of the project — and not happy about it. Both the Pam & Tommy showrunners and star Lily James say they reached out to Anderson to collaborate with her to no response, and a source recently told HollywoodLife that the star “wanted nothing to do with the project,” and was “absolutely mortified” to learn it was in production.

“When she learned that this would be covering the burglary, she was absolutely mortified because that entire episode is something that was very hard for her to deal with when it happened,” the source claimed. “She said that she is not going to watch Pam & Tommy and she does not want her kids to watch it either.”

Showrunner D.V. DeVincentis told Entertainment Weekly that his primary concern was letting Anderson know this would be a positive portrayal of her story: “We particularly wanted to let Pamela Anderson know that this portrayal was very much a positive thing and that we cared a great deal about her and wanted her to know that the show loves her. We didn’t get a response, but considering what she’s been through and the time that we were reaching out, that was understandable.”

Have we piqued your interest yet? Good. Now, let’s get to the best part — how you can watch Pam & Tommy.

When does Pam & Tommy premiere?

When will Pam & Tommy air?

New episodes of Pam & Tommy will land on Hulu every Wednesday at 12:01 a.m. ET. The series is eight episodes long, and the first three premiere on the same date.

Where can I watch Pam & Tommy?

There’s really one clear option for watching Pam & Tommy. The mini-series is a Hulu original, so you’ll be hard-pressed to find it elsewhere. Fortunately, Hulu has a few options for how you can watch its exclusive content — both original and acquired. So let’s break those choices down.

There are four options you have for subscribing to Hulu — the ad-supported plan, no ads, with live TV, and with live TV along with Disney+ and ESPN+. Between these four options, though, only two of them allow you to watch Pam & Tommy with their 30-day free trial. So, if you really wanted, you could sign up today and watch the first three episodes of the series for free plus enjoying all that Hulu has to offer, depending on which plan you choose. So let’s break down what our preferred picks have to offer.

How to watch Pam & Tommy for free

You can watch Pam & Tommy on Hulu for free by subscribing to either the ad-supported plan or the no-ads plan. With both plans, you can watch Hulu original and exclusive content any time you want for the first 30 days of your plan. After that, the price points will kick in. Hulu’s ad-support subscription means that you’ll watch your favorite shows and movies with some advertising interruptions from time to time. After your 30-day free trial, the $6.99/month (or $69.99/year) begins.

But let’s say you’re not particularly keen on having ads interrupt your viewing time. Hulu’s no-ad plan is just a smidge more expensive. After your 30-day free trial, the no-ad subscription plan will kick in at $12.99/month. There is no annual option for this plan. Either way, you’ll get to watch Pam & Tommy for free for the first 30 days of subscription. And you can cancel at anytime.

Who plays who in Pam & Tommy?

All right, so we’ve given you the info on what Pam & Tommy is all about and how you can watch the first few episodes for free. But we’re sure you want to learn just a little bit more about this mini-series before you take the plunge and sign up for Hulu. So, let’s give you some more details on the series’ star power. Pam & Tommy stars Lily James and Sebastian Stan as the ill-fated couple. James (of Mama Mia! Here We Go Again and Downton Abbey fame) completely transformed into Anderson for her performance — and we’re talking about more than just nailing the star’s voice.

James’ makeup, hair, and body language is all Anderson. And even though James said she reached out to the Baywatch alum with no avail, we have a feeling her interpretation will still ring true for a lot of audiences, while also offering an introspective interpretation into how Anderson dealt with this tumultuous time in her life. James’ other half in the series is Sebastian Stan, who plays Tommy Lee.

Like James, Stan looked like he spent some serious time in the makeup chair in order to play the Mötley Crüe drummer. Stan is fully tatted up in this mini-series, with ink on his arms and torso, along with a number of piercings. Together, James and Stan really bring to life James and Lee’s fiery, often volatile, marriage. But they’re not the only draw for audiences.

On the opposite end of the Pam & Tommy spectrum is Seth Rogen, who plays Rand Gauthier. Photos of Rogen’s transformation also circulated at the time James and Stan’s character looks were made public. For the role, Rogen dons a very ’90s mullet, and work in tandem with Nick Offerman’s Uncle Miltie. The two are responsible for the circulation of the tape in this iteration of the story. And by the looks of the trailer, they’re bringing just as much as James and Stan.

Where can I watch I, Tonya, in case I wanted to do that?

Good question! If you’re looking to get an idea of what Pam & Tommy might be like, you can check out I, Tonya on Hulu. If you’re already thinking about subscribing to Hulu just to check out Pam & Tommy, then you’ll be able to watch I, Tonya easily.

Before you go, click here to see titles for true crime movies that will leave you wanting more. 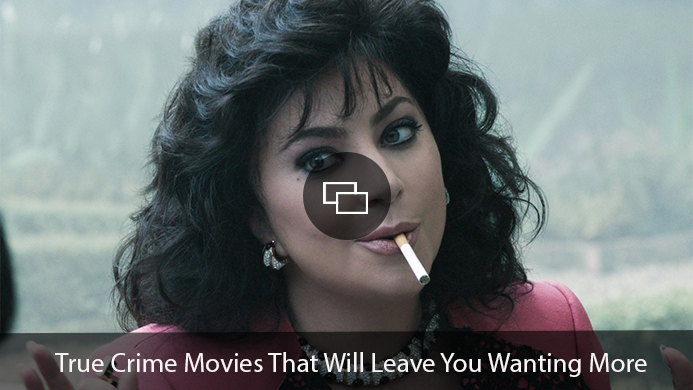