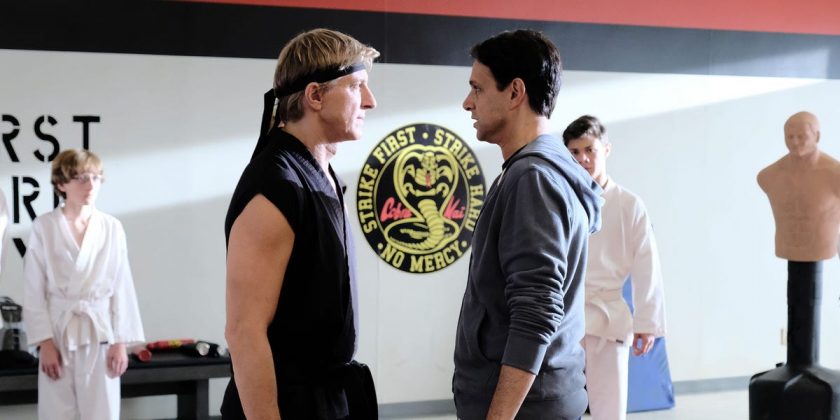 Showing no mercy to its streaming competitors with a swift sweep to the leg, Netflix has picked up the rights to "Cobra Kai." The series continues the story that originated in 1986's "The Karate Kid," offering an entertaining blend of action, drama, comedy, and '80s nostalgia. Though the first two seasons debuted on YouTube Premium, upcoming new episodes will now stream exclusively on Netflix.

"Cobra Kai" season one premiered on YouTube Premium in 2018, and a second season followed in 2019. Though a third season had been ordered, YouTube has since decided to shift its focus to unscripted content. As a result, the show's next season has been picked up by Netflix.

How to watch "Cobra Kai"

"Cobra Kai" seasons one and two will be available to stream on Netflix starting August 28. To watch "Cobra Kai" on Netflix you'll need a subscription to the service.

The first two seasons of "Cobra Kai" are also still currently available to stream through YouTube Premium, and the first two episodes of season one are available to stream for free on YouTube. A YouTube Premium subscription costs $11.99 a month. With that said, the upcoming third season of "Cobra Kai" will not be available on YouTube and will instead be exclusive to Netflix. If you're deciding between the services and your decision is primarily based on watching "Cobra Kai," we recommend going with Netflix so you can tune into new episodes next year.

Beyond subscription streaming services, "Cobra Kai" season one and season two are also available to buy or rent digitally through a variety of streaming retailers, including Amazon. HD episodes of the show currently cost $2.99 each on Amazon, while full seasons cost $9.99.

The third season of "Cobra Kai" is set to premiere exclusively on Netflix in 2021. An exact release date has not been announced yet.

In anticipation of the show's move to Netflix, the streaming service released a new promotional video for the series. Though primarily made up of footage from the first two seasons, the trailer does feature a very brief tease for the upcoming third season.

How to watch "The Karate Kid" movies

If you're interested in catching up on the story of Daniel LaRusso and Johnny Lawrence before streaming "Cobra Kai," you can now watch the first three "Karate Kid" movies on Netflix. Unfortunately, all three movies are scheduled to leave the service on August 31.

"The Karate Kid" and its sequels are also available to rent or buy digitally through a variety of streaming retailers, including Amazon, Vudu, FandangoNow, Google Play, and Apple TV.