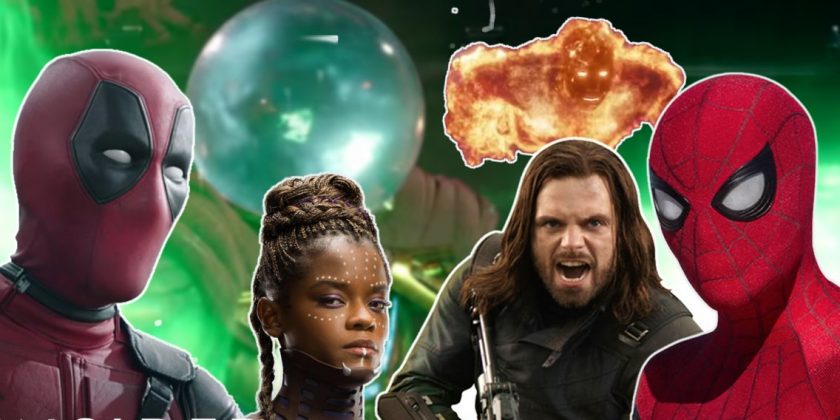 Following is a transcript of the video.

Matt Stuart: Marvel finally gave us a new trailer for “Spider-Man: Far From Home,” and compared to the initial tease, it really sets up a post-“Endgame” MCU.

Nick Fury: Beck is from Earth, just not ours. The snap tore a hole in our dimension.

Basically, the multiverse is a way of creating and working with ongoing alternate realities. Think of each reality as its own universe with its own timeline. Put them together, and they’re the multiverse.

If you saw “Spider-Man: Into the Spider-Verse,” you’re already familiar with the concept. Each universe has its own quirks with its own heroes. Sometimes there are overwhelming similarities, but usually there are huge differences.

For example, the Marvel universe in the comics is referred to as Earth 616. This is the one that has existed for 80 years, and aside from the MCU, it’s the one that most people are familiar with.

But if a creator wants to tell a different story, say, one where Charles Xavier is murdered at a young age, causing a chain reaction that sees the villain Apocalypse conquer almost the entire world, then an alternate universe is needed. Give it a number, in this case Earth 295, and you’re good to go.

Tell your story, do whatever you want to the characters, and none of it should affect the main timeline, but more on that later. Now, time travel can and does play a part in these realities. The X-Men are constantly traveling through time to avert possible disaster, whether it’s from Sentinels in the legendary “Days of Future Past” story or in the more recent “Old Man Logan.”

Hey, I know they later changed “Old Man Logan” to not be the X-Man we’re all familiar with, but we’ll save retroactive continuity for another video.

Now, remember that part about characters from other timelines not affecting the main timeline? Well, that actually gets a little complicated. If a character or something else from an alternate reality is a hit, say, the extremely evil version of Beast from the “Age of Apocalypse,” then they’ll usually somehow cross through time and space to wind up in the main Marvel reality, Earth 616.

Every single one of their missions could be considered a time heist. Were you asking yourself how Captain America didn’t screw up the timeline at the end of “Endgame”? He probably did.

There’s a good chance him staying behind in the past created a whole new dimension of reality. The main Marvel Cinematic Universe is referred to as Earth 199,999. He could’ve gone back and stayed behind in what would become, say, Earth 302,481.

He would’ve had to cross over to the main MCU reality to bring Sam the shield, but he just kind of appears on that bench at the end of “Endgame.”

So, it is possible. The Russo brothers have been pretty adamant this Cap came from another dimension, and since there exists a team of heroes whose job it is to fix mistakes in the timeline, it may be possible we’ll see the reality-hopping Exiles on the big screen.

Marvel could be setting up the multiverse as a way to bring the Avengers, the X-Men, and the Fantastic Four all together on the big screen. Having each team inhabit its own reality would explain why they’ve never run into each other before, and it would also explain why, say, the X-Men didn’t help defeat Thanos.

The X-Men offshoot team Excalibur is very linked to the multiverse, and Reed Richards of the Fantastic Four is constantly building transporters to jump through time and hop dimensions. So the potential is there to bring the teams together this way.

I’m not saying that’s how they’ll do it, but after introducing the concept of time travel in “Endgame” and bringing in the multiverse in “Far From Home,” it’s clear Marvel has decided one universe isn’t enough to play with.