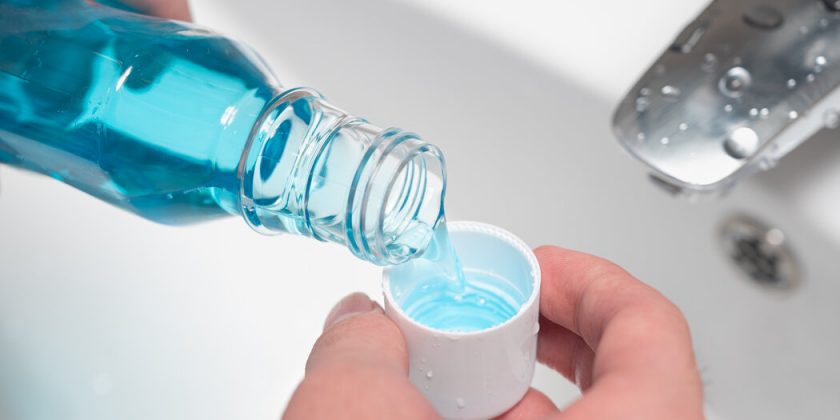 As a trained physician, I pride myself on thinking sensibly about risks, reading reputable scientific studies, evaluating their quality, and making sound, evidence-based decisions.

But I would be lying if I told you that I’m completely immune to Covid scare stories, or never drawn to quick fixes and miracle cures — at least for a moment of worry or a moment of hope, till my brain takes over again. Pandemics will do that to you. But doctors have a job to do in following new science and answering questions, and that’s a special challenge and a special responsibility right now.

“When you’re a doctor, people see you as a doctor no matter what you’re doing, they’re always asking you questions,” said Dr. Ken Haller, a professor of pediatrics at St. Louis University. “What’s really just been remarkable to me is how this has really ramped up since we’ve gotten into this pandemic: Am I safe? Should I believe the C.D.C.?” Ever since last spring, he has been trying to comment and respond to questions and rumors on social media, as well as talking to the local media to provide fact-based information.

“There’s a definite fear that seems to go in two very different directions, I suspect often based around one’s political leanings because all this has become politicized,” said Dr. Dipesh Navsaria, an associate professor of pediatrics at the University of Wisconsin School of Medicine and Public Health who is president of the Wisconsin chapter of the American Academy of Pediatrics.

Pediatricians are hearing both “excess of concern and excess of lack of concern,” he said, with some parents going — or feeling pushed — to extremes: “‘My child is absolutely fine and doesn’t need to do any of these things,’ or ‘my child is going to die if they spend five minutes within 20 feet of a stranger.’”

“Recognize that all parents are anxious in a way that’s unrelatable to our past,” said Dr. Wendy Sue Swanson, a pediatrician who serves as a spokeswoman for the A.A.P. “Everybody is seeking solace.” She cited the “infodemic, the deluge of information coming at us, our way of life so disrupted.”

Dr. Nusheen Ameenuddin, a community pediatrician at the Mayo Clinic and the chairwoman of the American Academy of Pediatrics council on communications and media, said, “Vaccine hesitancy and misinformation is nothing new for pediatricians.” In her clinic, immunization status is assessed at every visit, she said, so parents and providers need to return to these conversations.

Dr. Ameenuddin pointed out that though vaccine hesitancy has “generally speaking been more prevalent in privileged, well-resourced communities,” there have also been misinformation campaigns aimed in particular at Black parents, or at other groups where there may be higher levels of mistrust toward the medical system in general, and “there’s an extra layer because of systemic racism.”

She cited strategies that were used successfully in Minnesota during a 2017 measles outbreak, when vaccination rates had fallen in the Somali community, after a targeted campaign by anti-vaccination activists, and the elders of the community played an important role in reminding the community that measles could be deadly.

When parents have heard stories that scare them about vaccines, Dr. Navsaria said, doctors shouldn’t jump to the conclusion that they are “anti-vaccine.” “Many are saying, “I want you to help me, not to treat me like an idiot or treat me like I’m stupid, I want you to take my concerns seriously — when we take that approach, we’re much more successful.”

As with other aspects of the pandemic, there are parents at both extremes, those who are newly fearful of vaccines, and others who are desperate for an immediate Covid vaccine. Dr. Swanson cited the recent encouraging data from Pfizer about the effectiveness of the vaccine in development, but also the need to remind parents that this progress “needs to be carefully reviewed by scientists, placed in context, put into the greater cookbook.”

It’s important that parents hear consistent messages, she said, from the national experts and from their own pediatricians. When a vaccine is safe and ready, she said, “pediatricians will guide families to know when it’s time, and families will read and hear about that in multiple different places.”

Dr. Fradin, who wrote a book for parents about getting through the pandemic, said she is also hearing questions and concerns from parents that isolation may somehow hurt children’s developing immune systems. “A lot of parents seem to be concerned masking and social distancing mean your child is not getting six to eight viruses a year,” she said, referring to the frequent infections that can occur when children are in group settings.

She wondered whether this has to do with recent recommendations that instead of avoiding the foods that most commonly cause food allergies, parents should be exposing children to those foods from an early age, which may make them feel that they are responsible for their children’s immune development, and that it’s not healthy for children to be too completely protected. In fact, children in their first year with other children, whether infants in day care or 6-year-olds in school, get a certain number of infections.

One important job for pediatricians is to respond to questions in a manner that leaves people feeling that their worries and concerns have been taken seriously, not dismissed. “People want to hope so badly,” Dr. Navsaria said. “They want a solution that’s so simple and easy so badly that they’re willing to not interrogate these notions and even ask things that if you think about for a few minutes should be simple and obvious — I think that’s the dream, that there’s some really simple and easy solution that all of us are missing.”

Dr. Navsaria recalled a woman asking him about a story that mouthwash could prevent Covid-19. “I said yes, I’ve heard that’s out there on social media; I pointed out that that work was done in a laboratory — they took some respiratory viruses, not Covid but other similar viruses, and poured mouthwash on them and killed them,” Dr. Navsaria said. “I pointed out to her, this is a respiratory virus, I hope no one’s pouring mouthwash in their nose, and she stopped and thought about it — it was fairly obvious to this lay person that it doesn’t make sense.”

Even in a community that tends to trust the medical system, Dr. Ameenuddin said, “social media misinformation and disinformation on network and cable news channels really undermines science and evidence.” The A.A.P. group has started to work with companies like Facebook and Twitter, and to work toward more federal regulation: “There’s only so much you can ask parents to do — or pediatricians,” she said.

But what pediatricians need to keep in mind, Dr. Navsaria said, is that “All of this is happening out of a deep concern for the well-being of children — that is what this is all about, whether we’re talking about immunizations or school reopening, we need to start by keeping that in mind or our explanations won’t succeed.”