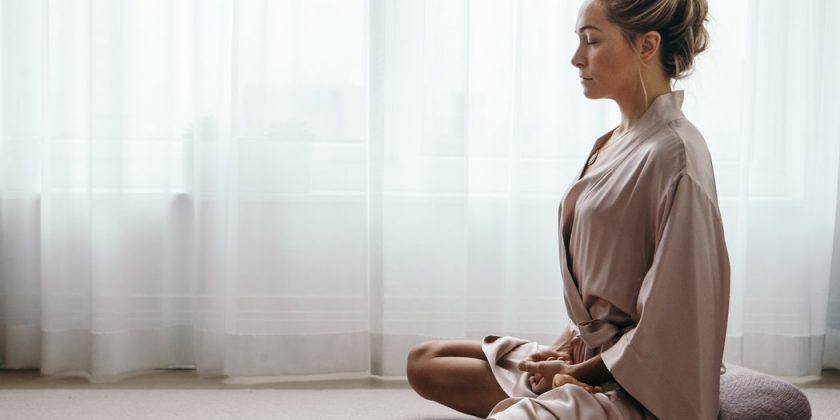 For many of us, the shorter, chillier days of autumn can dampen our enthusiasm for exercise. But a new study suggests that some simple techniques might shore up our commitment to being physically active as the seasons change, and one of them, surprisingly, is to learn to meditate.

Among exercise scientists and enthusiasts, November is recognized as a Rubicon. Many committed, experienced exercisers will continue to be active during this month and the remainder of the winter.

But others’ willingness can waver at this time of year, and they become more sedentary.

A study of exercise behavior published earlier this year found that, on average, people moved about 11 fewer minutes per day in winter than during the summer.

Since for some people, 11 minutes represents much of their daily activity time, this drop-off is substantial and worrisome.

But little research has delved into how to combat the seasonal drift toward inactivity.

So for the new study, which was published in September in Medicine & Science in Sports & Exercise, researchers at Iowa State University and other institutions set out to examine different ways to inspire people to keep moving as a Midwestern winter approached.

For a variety of reasons, they focused on having people start a regular, structured exercise routine or learn mindfulness meditation. The first option, using workouts to combat inactivity, makes intuitive sense. But mindfulness, which is primarily a mental exercise, might seem a more unlikely way to motivate people to move.

The researchers, however, who already were studying the effects of exercise and mindfulness on the risk for colds, suspected that both programs might alter how people felt about their bodies, which could sway whether they remained in motion throughout the year.

To find out, they recruited 49 healthy but inactive men and women who had never meditated and, beginning in late summer, asked each to wear an activity monitor for a week. The monitors tracked how much the men and women walked and otherwise moved throughout the day.

Then they randomly assigned the volunteers to start exercising, meditating or continue with their normal lives as a control group.

The exercisers’ weekly program consisted of unsupervised walking or jogging, with the aim of working out for at least 20 minutes a day and ideally for 40 minutes or more. Once a week they also visited the university for several hours of instruction and a group workout.

Meanwhile, the mindfulness group was learning to meditate, following a standard mindfulness instruction program that focuses on attending to the present moment and checking in on how your body feels. The people in this group practiced body scans and mindful walking, in addition to the usual quiet, seated meditations. Like those in the exercise group, they attended a weekly session on campus, but most of their meditations were completed at home.

Both of these programs lasted for two months, which, in this study, took people through September and October and into the early days of November.

Then, with winter on the horizon, the volunteers, including those in the control group, wore an activity monitor for another week. None of them knew that the study’s aim was to track their activities; they thought it was looking at colds.

But the two programs did seem to have had an influence, according to data from the monitors. Most noticeably, the men and the women in the control group were much less active now, in the late fall, than they had been in the summer, averaging almost 18 fewer minutes a day of walking and otherwise moving about.

But the men and women in the other two groups had not become quite so inactive, although they were no longer being asked to exercise or meditate. They were moving a bit less than they had been in the summertime, but only by about six minutes a day.

These results surprised the researchers, says Jacob Meyer, an assistant professor of kinesiology at Iowa State, who conducted the study with Bruce Barrett and other colleagues. They had expected the exercise program to get people familiar with and interested in the idea of moving, he says. “But we did not expect the mindfulness training to have the effect that it had,” he says.

How an introduction to meditation prodded people to stay relatively active as winter approached is not clear, he says.

The researchers also cannot say from this study why the exercise program likewise motivated people to remain active in autumn, or why it was not more effective than learning to meditate.

But Dr. Meyer suspects that each program may have increased people’s sense of integration with their bodies and nudged them to be somewhat more aware of whether, how and when they moved.

He and his colleagues hope larger future studies will help them tease out which aspects of each program were most helpful and whether combining exercise and mindfulness might be more effective at keeping people active than either approach alone, even as winter sets in.