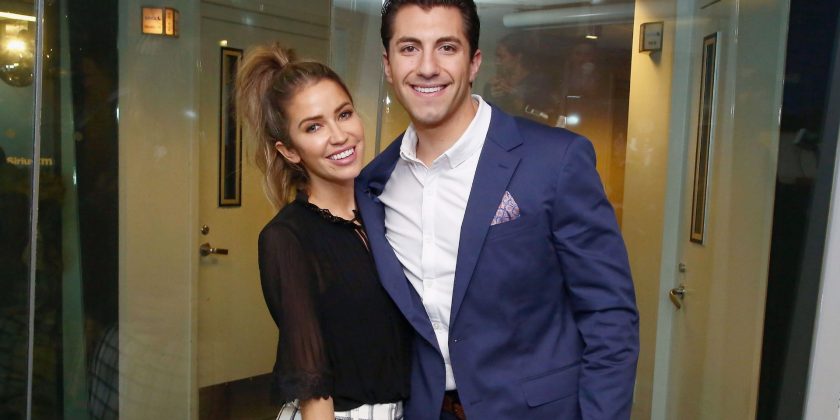 It’s finally happened: Bachelor Nation stars Kaitlyn Bristowe and Jason Tartick made their debut as a couple earlier this week and confirmed their relationship in the process. The couple made their relationship official not only with an appearance at Sirius Studios in New York City, but they also gave an adorable joint interview on the Today show to share their good news. Here’s how it all played out.

As noted by E! News, Bristowe and Tartick chose to make their official first few outings as a couple in New York City this week. The pair were first seen on Jan. 30 on the Today show, where they appeared on Hoda Kotb and Kathie Lee Gifford’s fourth hour. Tartick confirmed the new first, with Bristowe shown in another part of the studio, joking, “I mean I was gonna use my podcast to break the news, but I guess the Today show beat me to it.”

Tartick noted that the couple has been dating “for about a month or so” and also revealed how they first met. “[We met] on her podcast. We were friends, a little banter here and there, and friendship turned into a relationship.”

Later in the day, the couple’s photo was taken at Sirius XM Studios, also in New York City, and later that night they were videotaped dancing together, which made its way to Bristowe’s Instagram story (it has since been deleted but it lives on thanks to a tweet from E! News, below). It’s hard not to feel the love while watching either of the videos of Bristowe and Tartick talking about or basking in their relationship; it certainly feels like the real deal.

That sentiment was seemingly confirmed by Bristowe herself during an interview on a Jan. 17 episode of her podcast, Off the Vine with Kaitlyn Bristowe. Of Tartick, she commented, “His energy is electric. I think just how respectful he’s been through this whole thing. He’s just a gentleman. He just seems to enjoy all the same things as me. He has the same morals and values as me.”

Bristowe’s ex-fiance, Shawn Booth, recently opened up about “mourning” the loss of the relationship on Ashley Iaconetti and Ben Higgins’ podcast Almost Famous: In-Depth. “I’m going through the mourning process now, whereas she could have been earlier. So, I guess people mourn things differently, and I would definitely say that announcing the breakup was extremely tough, and seeing her move on was extremely tough. And I’m kind of just mourning all of it right now,” Booth said of Bristowe’s fresh start.

Bristowe has yet to respond to Booth’s comments and it looks like it may be a while before she does. Right now, she looks very happy and loved up with Tartick, and that’s what matters most.