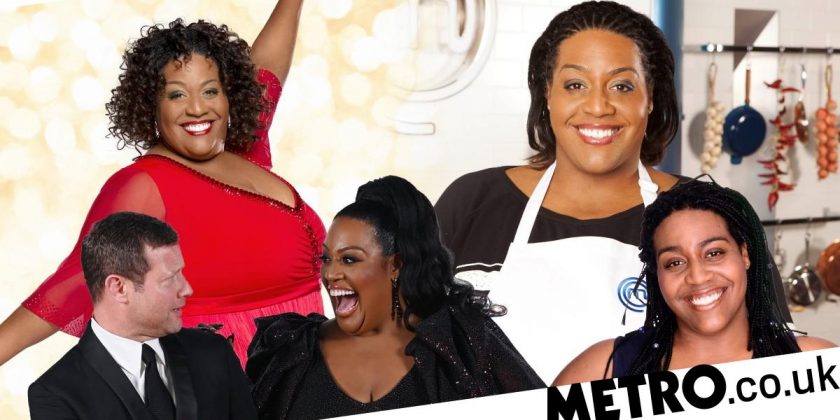 There’s no denying that Alison Hammond has become one of TV’s most treasured gems.

With her incredible candour, humour and iconic cackle, the This Morning star has gained a legion of devoted fans over the years that includes some of Hollywood’s elite.

And now, one of the UK’s best loved presenters is taking her rightful place amongst a galaxy of stars at this year’s BAFTAs, where Alison has landed a prestigious hosting slot alongside acting legend, Richard E Grant.

But what is it about Alison – who spent just 14 days in the Big Brother house twenty years ago – that turned her into such a national treasure?

According to TV critic and broadcaster Scott Bryan, it’s because ‘it hardly feels like you’re watching someone present television.

‘She’s such a natural presence, that you forget you don’t know Alison personally. It’s really a gift she has,’ he tells Metro.co.uk. 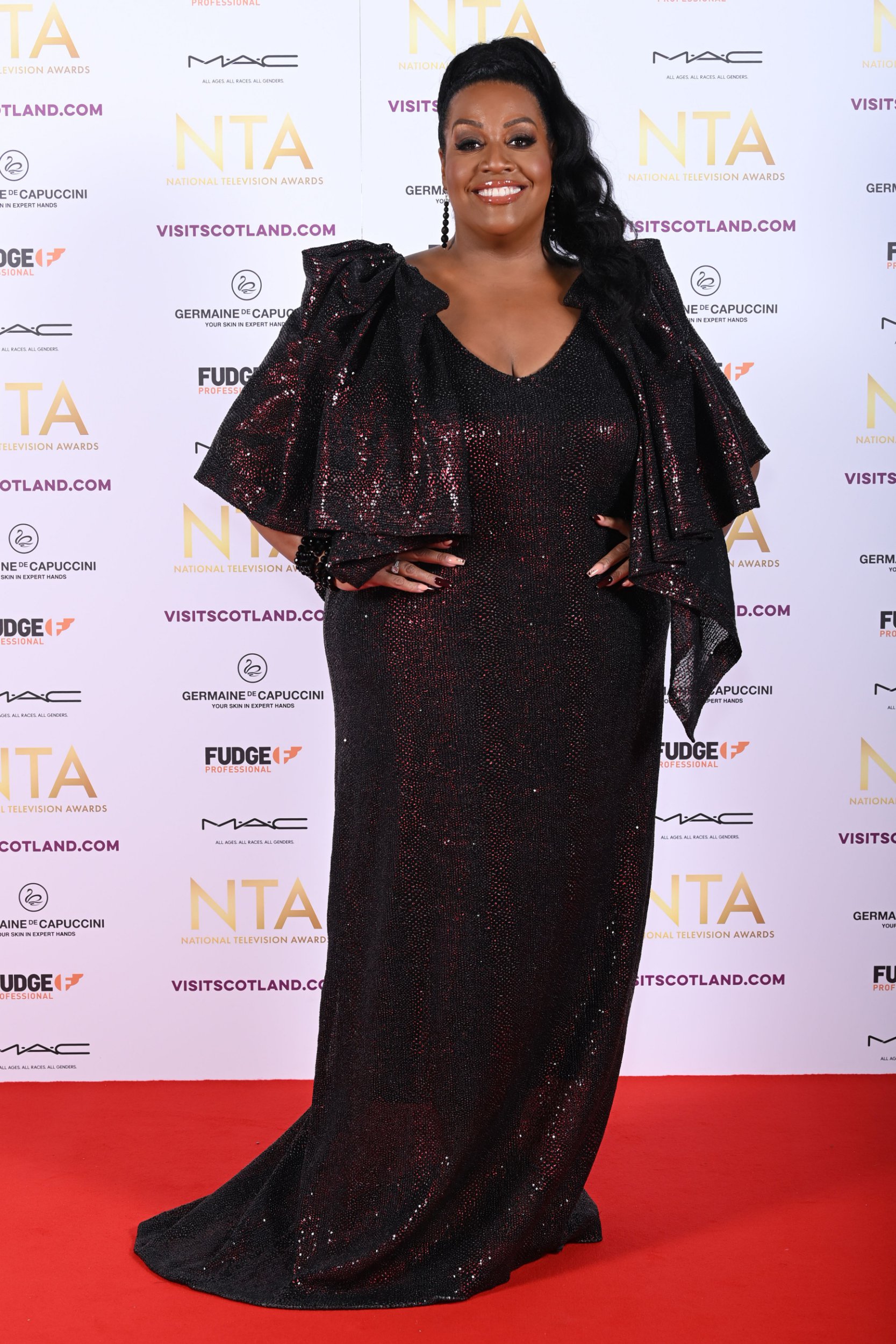 Born and bred in Birmingham to Jamaican parents Maria and Clifford, Alison discovered her love for the limelight at an early age – joining the drama school Central Junior Television Workshop.

She also loved to spend her time putting on performances on a hill that the locals called The Pimple. ‘I used to go up there and sing Sound of Music, and do my own musicals of West Side Story,’ she explained in June this year, recalling memories of her childhood.

‘It was my escape really. Where I could scream, shout, dance, do what I want, cartwheels! I was obsessed with doing cartwheels. You know I can’t do a cartwheel anymore, I’m absolutely devastated.’

Then, in 2002, when she was 27, she entered the Big Brother house for the the third series of the Channel 4 show, alongside Kate Lawler and Jade Goody.

Speaking on ITV’s Lorraine last year, Alison explained her reasoning behind entering the now-iconic house. ‘Everyone kept saying: ‘You should go into Big Brother,”‘ she told host Lorraine Kelly. ‘At the time I was £4,000 in debt. I went into an internet cafe to apply online.’

The then-cinema usherette proved to be TV gold, famously breaking the garden table after attempting to speak to a security guard over the wall and teasing fellow housemate Alex by confessing she’d weed in the communal shower.

She was evicted after only two weeks and admitted she initially thought she’d just return to normal life. ‘I lasted 14 days. They evicted me. I thought I’d go back to my old job.’

However, little did Alison know that her short stint on the show was enough to leave a lasting impression and just weeks later, ITV’s This Morning offered her a job as their new roving reporter.

‘It was literally [meant to be] for two months,’ she has since explained. ‘I went and did the two months and then they asked me to stay until Christmas.

Her infectious personality proved a hit with viewers but it was her first stint on a red carpet that displayed Alison’s incredible chemistry with A-listers, when she accidentally hit George Clooney with a microphone.

‘I didn’t know the protocol, so I interviewed George and he went off,’ she admitted. ‘When he came back, I thought I could get another interview. I put my microphone up and hit him in the face. This Morning said: “We can’t get rid of this girl, she’s fricking hilarious!”‘

From there, Alison’s unique way with Hollywood’s biggest stars became a TV sensation.

Her interview with Hugh Jackman caused hysterics when she unveiled a table of chocolates and champagne and the pair took turns feeding one another.

‘You are without a doubt, over the years, the best person to interview me,’ the Australian actor gushed. ‘I mean that. I always find it amazing.’

She also struck up a firm friendship with Dwayne ‘The Rock’ Johnson, with the former wrestler even jokingly proposing and marrying her during one of their interview segments.

Alison’s superpower seems to be her ability to disarm and charm some of Tinseltown’s most difficult stars. ‘I forget I’m on TV and then I become Alison,’ she explained in 2018. ‘Most of these celebrities are in these rooms doing these interviews. They kinda wanna enjoy themselves. They just go with it.’

It was in 2017 when her interview with Harrison Ford and Ryan Gosling for the new Bladerunner flick ended up becoming a viral hit, viewed over 15 million times on YouTube. A notoriously tough celeb to interview, Alison had Harrison in stitches as the pair downed glasses of whisky.

Describing the incident, she said: ‘I just think he [Harrison Ford] doesn’t like journalists. I think I was just being really cheeky. I’ve done much better interviews. I went back to This Morning and said “We haven’t got anything, we might as well shelf it.” But it shows people want to laugh and smile. And if I can give them that, that’s brilliant.’

After spending the last two decades working on the hit morning show, Alison has proven herself to be very much part of the core team – and it’s clear she’s developed a close bond with the presenters she’s worked alongside.

In a previous interview with Metro.co.uk, she explained: ‘Shall I tell you something? Watching This Morning makes me cry laughing. I think because I know Philip and Holly, and Eamonn and Ruth, when they crack a joke, I might find it ten times funnier because I know them.

‘I know what they’re thinking and know their inner thoughts… They make me laugh-cry when I’m on the show, and I see them at the corner of my eye, and they see me and I’ve been doing something that makes them crackup – and then that makes me want to just like laugh my head off.

‘I have to be quiet because obviously I’m behind the behind the camera.’

As well as This Morning, Alison has also graced our screens with stints on I’m a Celeb, Strictly Come Dancing and the Great Celebrity Bake Off.

Popular culture expert Nick Ede believes Alison’s star is brighter than ever as she’s a real person who people relate to. ‘We’ve followed her from her breaking the table on Big Brother to now,’ he explains.

‘Whether she’s dancing on Strictly or flirting with Harrison Ford, her infectious humour and down to earth nature has made her a winner with fans old and new. She’s also a presenter who is not controversial. She’s friendly and warm. She’s a real woman who people can identify with.’

Alison’s star – and staying – power has proved so successful that in 2020, she was promoted to the This Morning sofa – hosting the Friday show alongside Dermot O’Leary.

Dermot – who she affectionately refers to as her ‘TV husband’ – has said of her: ‘She’s like a sister to me and we’ve got each other’s backs. We both know our own strengths and what we need from the other, we know each other’s beats and nuances and it just feels really natural and warm.’

With the celebrity world often obsessed with size, Alison has also constantly bucked the trend and been proud of her gorgeous curves. ‘I’m not one of those people that hates myself. I actually love myself,’ the size 28 star has said.

‘People get really angry, but what do they expect us to do? Go and hide under a rock until we get to the size they want us to be? I know people who do.’

It’s not just Alison’s humour and positivity that has won viewers over. In 2020, we saw a more vulnerable side to the star in the wake of George Floyd’s murder in police custody. She was audibly emotional on the phone to Holly Willoughby and Philip Schofield, as she urged viewers to educate themselves about Britain’s history of colonialism and racism.

As a mum to son Aiden, 17, she added on This Morning: ‘When I saw that image of George Floyd, I saw my brothers, I saw my dad, I saw my son.’

The emotional moment inspired Alison to make the documentary Back to School in 2020, which saw her travel the country to learn about important Black figures that are often overlooked in the school curriculum.

Last October’s NTAs were another nod to Alison’s star status after she was nominated for the prestigious Best Presenter slot. While she was pipped to the post by TV duo Ant and Dec, it was still very much a landmark moment for her, as Alison became the first black woman to be shortlisted for the much-coveted prize.

Speaking to Fabulous magazine at the time, she said: ‘I felt like I was standing on the shoulders of giants getting that nomination, it was unbelievable. There have been loads of [black] people who are amazing [on TV] – you know, Moira Stuart, Lenny Henry, Trevor McDonald.

‘I was ready with my speech. I thought I was going to win. I was fuming,’ Alison laughed. ‘Only joking! I love Ant and Dec. Usually it’s two people who win and I weigh the same as Ant and Dec, so it’s like a double act.’

Despite the enormous amount of love for her, it’s clear that the star – who still lives in her beloved Birmingham – has not let success go to her head. In fact, she appears to be the only person who doesn’t understand how utterly adored she is.

Speaking about her stratospheric rise, she shyly admitted on This Morning: ‘I’ve got that imposter syndrome… I’m seeing it from the outside thinking ‘”Is this really real?”

‘I’m just this girl from a council estate in Birmingham, I’ve worked really, really hard, and I’m doing it for the everyday people that thought they weren’t good enough to be there, or couldn’t dream big enough so I want to do it for everyone else, so if I win, we all win man!’