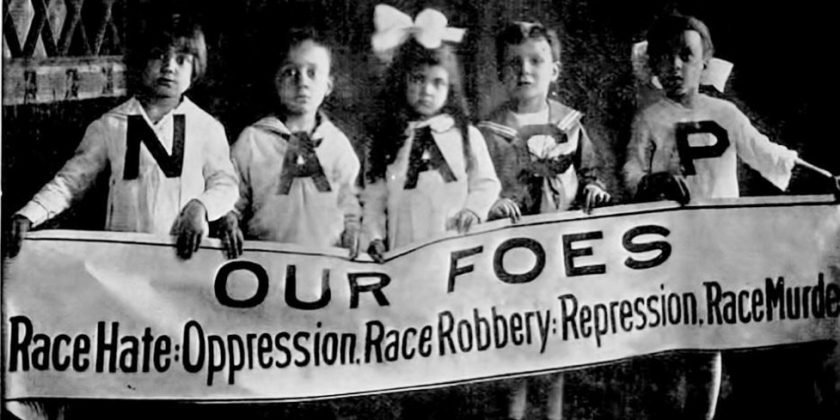 The post-Civil War Reconstruction era — which saw the dramatic expansion of rights for African-Americans, followed by their violent rollback — is one of the most poorly understood periods in American history.

It’s also increasingly invoked as a touchstone for understanding our current moment. The election of Donald J. Trump has been seen as driven by a similar white backlash, in this case to America’s first black president. And growing charges of voter suppression in the run-up to the midterm elections have prompted, for many observers, a similar sense of déjà vu.

And that was before President Trump, in an interview this week, called for limitations on birthright citizenship, which was written into the Constitution in 1868 via the 14th Amendment, one of the era’s signal achievements.

“Black Citizenship in the Age of Jim Crow,” an exhibition about Reconstruction and its aftermath at the New-York Historical Society through March 3, doesn’t draw explicit parallels to today’s politics. But perhaps it doesn’t have to.

“The struggle over who has the right to citizenship and who belongs has been at the heart of American life over centuries,” Marci Reaven, vice president of history exhibitions at the museum, said on a recent afternoon. 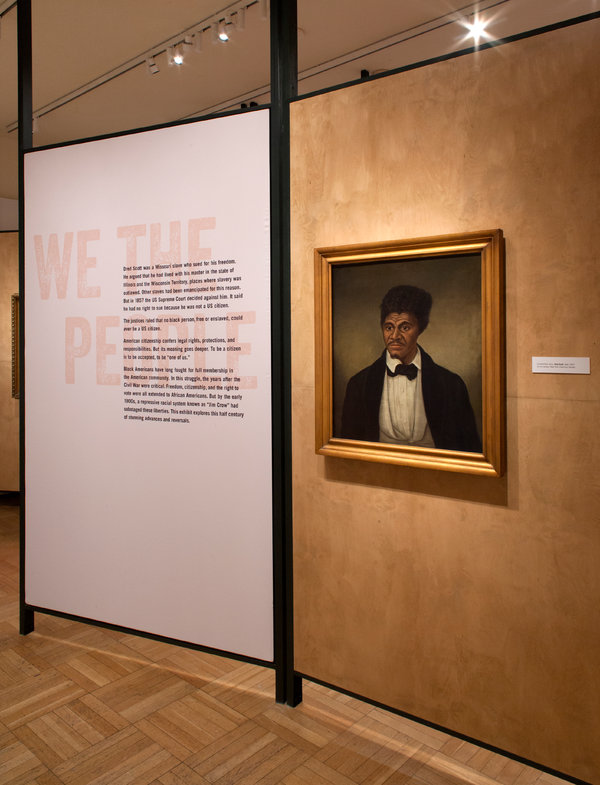 Reconstruction can be a challenging story to tell, given how it cuts against deeply held American ideas about steady moral progress. It can also seem like a very abstract story, dominated by Constitutional amendments, legal battles and court decisions.

The exhibition, which fills three small upstairs galleries here, covers the legal and political landmarks, but it also includes poignant artifacts that show how ordinary people fought the battle for — and against — racial equality on the ground, in what Ms. Reaven called “a constant push and pull.”

The sense of dueling agendas and perspectives is established in the first case in the exhibition, which juxtaposes two schoolbooks from 1864, in the waning days of the Civil War.

“The Gospel of Slavery: A Primer of Freedom,” published in the North, features ringing couplets decrying the evils of bondage. “The First Dixie Reader,” from North Carolina, is open to a story of Uncle Ned, an enslaved man who runs away to the North but returns, disillusioned. (“Uncle Ned was a good old darkey, and loved his master well,” it reads.)

The children who read these books, Ms. Wong noted, “would grow up to be the people who lived through this whole period.”

The first part of the exhibition highlights the many ways ordinary African-Americans laid claim to the full rights of citizenship in the years after the war, not just by voting and running for office, but also by building churches, schools and business.

Some items, like an 1874 marriage certificate for Augustus Johnson and Malinda Murphy of Spencerport, N.Y., are disarmingly ordinary. (Under slavery, formal marriages of enslaved people were not legally recognized.)

Others may bring visitors up short, like a set of shackles presented with the initially puzzling date of 1866.

They had been used to keep Mary Horn, a 17-year-old, in captivity in Georgia even after the 13th amendment abolished slavery in late 1865, and were removed, the label says, by a Union Army marshal who had been summoned by her fiancé. (The marshal promptly married the couple.)

Black Americans’ exercising the rights of citizenship, the show makes clear, also prompted immediate and furious pushback. A robe from the first Ku Klux Klan, dating from around 1866, is shown alongside a neat handwritten note to Davie Jeems, a black Republican who was elected sheriff in Lincoln County, Ga., in 1868, suggesting he switch to the Democratic Party, or else.

And the pushback wasn’t limited to the South. A ballot from Ohio’s 1867 governor’s race shows the rooster, a symbol of the Democratic Party, crowing the slogan “No Negro Equality!” — the kind of “blatant message,” a wall text reads, that “appealed to many white voters and led to significant gains for the party in the North.”

Reconstruction formally ended in 1877, when most federal troops were withdrawn from the South as part of the compromise that put Rutherford B. Hayes in the White House, and white supremacist Democrats gained control of state governments.

But the rollback of interracial democracy and the creation of Jim Crow, the show emphasizes, arrived not with any single stroke from above, but through many actions at all levels over decades.

The show covers well-known legal landmarks like the Supreme Court’s 1896 ruling in Plessy v. Ferguson, which declared that “separate but equal” was constitutional.

It also explores lesser-known extralegal ones, like the 1898 coup against the interracial government in Wilmington, N.C., where armed white Democratic mobs burned down the town’s black newspaper, killed black and white Republican supporters, and installed one of their own as mayor. (“No investigation follows,” the wall text dryly notes, and two years later the state’s constitution was revised to disenfranchise blacks.)

Jim Crow was hardly an all-Southern affair. It was publishers in New York City and other northern cities, the show notes, who took the lead in creating and disseminating racist images, songs and stories depicting African-Americans as bumbling fools, which hardened over time into more vicious stereotypes.

Northerners also had their own appetite for nostalgic antebellum fantasies. The exhibition reproduces an advertisement for “Black America,” an 1895 extravaganza staged in Brooklyn featuring 500 men, women and children from the South enacting a cheerful, cruelty-free version of plantation life, complete with singing, dancing and cotton picking (but no white masters).

The show chronicles the many ways African-American organizers, activists and artists resisted Jim Crow, even after electoral politics were closed to them. And a section on the post-Civil War growth of the prison system prompts associations with today’s analogy of mass incarceration as “the new Jim Crow,” raising questions about the way its legacy lingers, even 50 years after the civil rights movement dismantled Jim Crow as a formal legal system.

As for today’s debates over immigration and citizenship, Ms. Reaven said she hoped the show demonstrated that everyone has a role to play in deciding the outcome.

“It’s the decisions that people make every day that make up what the present and the future are,” she said.

Black Citizenship in the Age of Jim Crow

Jennifer Schuessler is a culture reporter covering intellectual life and the world of ideas. She is based in New York. @jennyschuessler