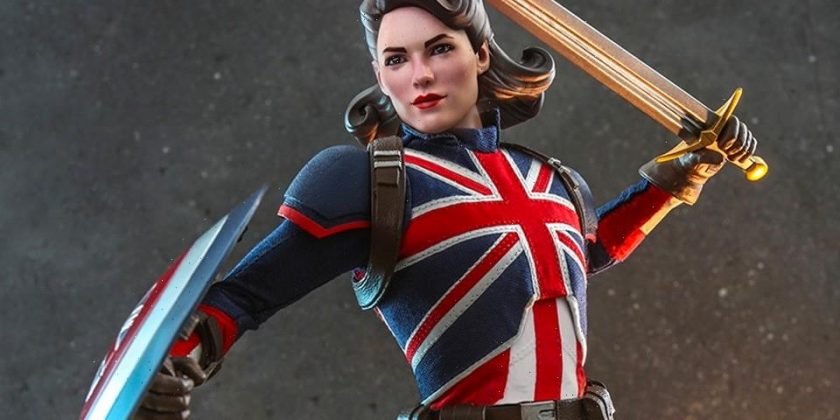 Moving beyond the Marvel Cinematic Universe, Hong Kong-based premium collectibles maker Hot Toys have now tapped into the studio’s animated multiverse, creating a 1/6th figure of Captain Carter from the current What If…? series.

Designed to capture Peggy Carter’s animated appearance, the figure comes with a brand new head sculpt with special makeup effects coupled with two magnetic hairpieces to give her a screen-accurate look. The uniformed body itself boasts 28 points of articulation, offering plenty of freedom to pose the Captain, while her shield, sword and pistol add more flair to the figure. She also comes with seven interchangeable gloved fists and hands to allow her to wield those items as well as a special display stand to round out her patriotic look.

For the Marvel fans out there, Hot Toys’ 1/6th Captain Carter figure is now available for pre-order over at Sideshow Collectibles for $235 USD.

Elsewhere in toys, LEGO is bringing back the Batmobile Tumbler from The Dark Knight Trilogy.
Source: Read Full Article