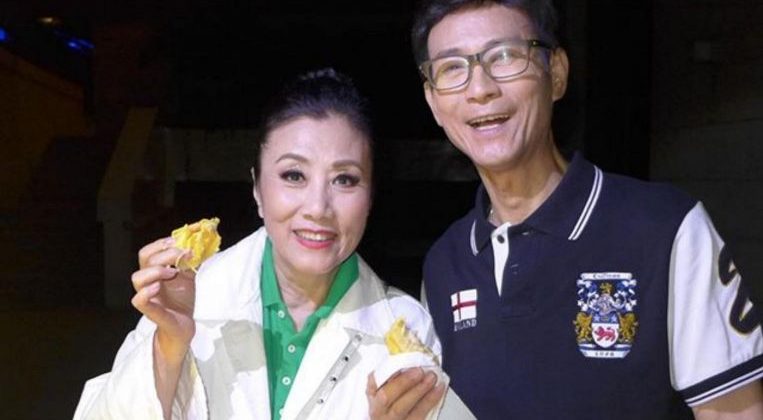 SINGAPORE – How do you celebrate the conclusion of a successful concert performance?

For veteran Hong Kong stars Liza Wang and Adam Cheng, who were in Singapore on Saturday (May 25) to perform at the Adam Cheng N Liza Wang Reminiscing 50th Hong Kong Drama and Cantopop Concert at Resorts World Sentosa, they did so by feasting on durians.

Wang, 71, wrote on Instagram on Sunday that she felt very satisfied after eating the “king of fruits”, as the durians are known. She also posted photos of her and Cheng backstage and performing at the concert.

Earlier on Saturday, Wang wrote that she did not visit many places at Sentosa due to the warm weather. She took a stroll in three hotels on the island, as she posted photos of herself at Hard Rock Hotel and Festive Hotel. There are also photos of her outside Universal Studios Singapore and with her fans.

Cheng, 72, was not with her as he was meeting his friends at that time.

Wang and Cheng are remembered by fans as the screen lovers from the Hong Kong television serials of the 1970s, when they acted in classic wuxia drama series such as The Legend Of The Book And The Sword (1976), The Heaven Sword And Dragon Sabre (1978) and Chor Lau Heung (1979). They have also sung several Cantonese classic song duets together.