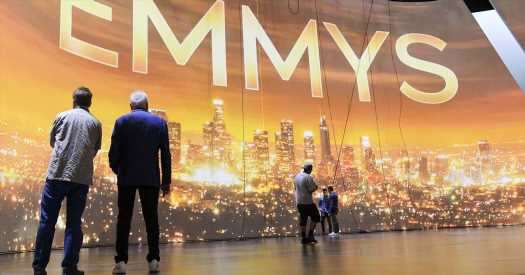 LOS ANGELES — It’s the most celebratory weekend in television, a time for red-carpet looks, thank-you speeches and lavish parties. But as the 71st Primetime Emmy Awards approached this week, Hollywood seemed glum.

“When the town is fighting among itself, it casts a pall,” said Tony Angellotti, a veteran Hollywood publicist and awards strategist. “It sets a darker mood than there would normally be.”

The lack of enthusiasm comes at a time when billions of dollars are washing through the industry, thanks to the new demand created by Netflix, Amazon, Hulu and the streaming services to be unveiled by Apple, The Walt Disney Company, NBC Universal and Warner Media.

New shows are going into production at a record pace. Old sitcoms like “Seinfeld,” “The Big Bang Theory” and “Friends” have received enormous paydays in the recent spate of nine-figure streaming deals. And there’s a wealth of buzzed-about shows that could be recognized at the Emmys ceremony on Sunday, including the popular “Game of Thrones,” the groundbreaking “Pose” and the critically adored “Fleabag.”

Behind the scenes, though, the industry is going through some drama.

More than five months ago, 7,000 movie and TV writers cut ties with their talent agents at the major agencies, saying they had enriched themselves at the writers’ expense, an accusation the agencies have denied. Unable to come to a compromise, the two sides are trading legal filings in federal court, setting the stage for a drawn-out legal battle.

In the near term, the rupture means that the three biggest agencies — William Morris Endeavor, Creative Artists Agency and United Talent Agency — have canceled their Friday night parties, which are usually among the year’s marquee gatherings. Those parties have been the anchors of past Emmys weekends, taking place in statement locations like the Hammer Museum and the Chateau Marmont. 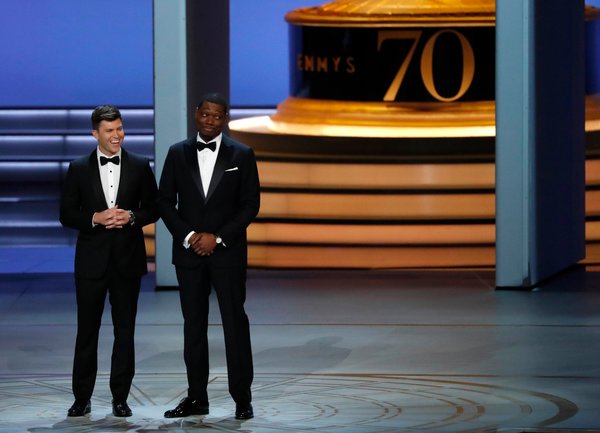 Variety, which typically hosts an Emmys gathering with the organization Women in Film, announced that it was making a donation to Planned Parenthood instead of staging this year’s party. But the weekend won’t be a total social washout: Netflix’s chief content officer Ted Sarandos is throwing an invite-only bash at his house on Friday night; The Hollywood Reporter and the Screen Actors Guild are still having their fete; and the usual post-awards-show parties hosted by HBO, Netflix and Amazon will go on.

Amid the acrimony, some people are skipping town. Rick Rosen, a founding partner at the William Morris Endeavor agency, said he planned to attend Saturday’s Wisconsin-Michigan game in Madison, Wis. “I’ve never gone to a college-football game on Emmys weekend before,” he said, adding that he would be back Sunday to watch the ceremony and “root for my ex- and future clients.”

Adding to the less-than-festive mood is the state of the annual Emmy Awards broadcast, which will be shown on Fox, starting at 8 p.m. E.S.T. Although television has moved to the center of the entertainment industry, the show’s ratings have sagged to record lows. Following the example of the last Oscars broadcast, the Emmys will go without a host this time around in an attempt to shake things up.

Though the Emmys ceremony has gone host-less before (the last time was in 2003), the lack of a Jimmy or Seth or Ellen is just another reminder that old ways of doing things are on the way out in Hollywood.

Netflix and Amazon are expanding their influence, and new players in streaming like Apple and Disney are about to make dramatic entrances. Many basic cable and broadcast networks, which won the top awards a few years ago, are no longer all that relevant.

And yet the old networks are tasked with broadcasting the Emmys. This year’s broadcaster, Fox, has 18 Emmy nominations, the lowest figure among the broadcast networks and 119 fewer than the longtime Emmys powerhouse, HBO.

The Fox network became part of a smaller and leaner company after Disney gobbled up much of 21st Century Fox in a $71.3 billion deal meant partly to help it compete in the streaming industry. Unlike CBS, NBC and ABC, Fox had no late-night host to turn to as the night’s host.

Producers and network executives said the lack of a host allows them to think more creatively about the broadcast. And they may have no choice: Last year’s show had 10 million viewers, a low.

One of the ironies of the Peak TV era is that, with so many quality shows available, those tuning in on Sunday night may not have heard of some shows in the running.

“When you’re thinking about people in Birmingham or Des Moines, we have to face the reality that there are a lot of people out there who are just not going to be familiar with all the nominated content,” said Don Mischer, a producer of this year’s Emmys and a veteran of working award shows. “One thing we’re trying to do is help the audience understand why ‘Fleabag’ got those nominations. Or ‘Chernobyl.’”

Producers said they will take the 20 minutes usually allotted for the host to try to educate the audience on those programs. The broadcast will have an announcer of sorts — the actor and comedian Thomas Lennon — who will offer commentary as winners head to the stage.

“What I like about getting those extra 20 minutes back is it allows you to add stakes to the show and to provide the audience with a narrative that can take you through the entire three hours,” said Rob Wade, Fox’s president of alternative entertainment. “As a viewer, you’re constantly going to be informed to what’s happening. That sounds like a very basic thing but if you’re watching the Olympics with the sound turned down, it’s very difficult to follow, because you don’t know who the four-man rowing sculls are.”

The producers have also done away with the orchestra in the Microsoft Theater, replacing the musicians with piped-in pop songs.

“To give you an idea of that, if Emilia Clarke wins for ‘Game of Thrones,’ playing ‘Killer Queen’ as she walks up is fun — everyone will get the gag, and it’s still respectful,” said Ian Stewart, another producer for the show. “I also think people will start to play along after a while: ‘I wonder if this person wins, what the hell will they play?’”