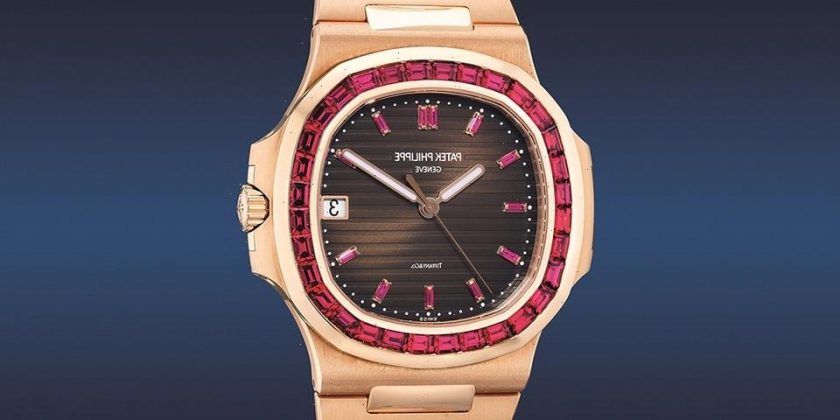 Phillips – fresh off the back of $209m USD in watch sales in 2021 – begins two months of auctions planned around the globe next month. Here, HYPEBEAST takes a look at some of the highlights on offer.

The Geneva Watch Auction XV: May 7-8

The sale, which follows the day after Phillips’ ‘The Royal Oak 50th’ auction, will be held at Hôtel La Réserve with highlights including a Rolex ‘Crazy Doc’ Ref. 6239 chronograph that previously belonged to Eric Clapton (estimate $1.58M USD) and a pink gold Patek Philippe Ref. 1518 with pink dial (est. $1.25M USD – $2.5M USD).

“These are watches that will attract the budding enthusiast and speak to the seasoned collector. However, what they all have in common is their rarity, state of preservation and relevance,” says Alexandre Ghotbi, Head of Watches, Continental Europe & Middle East.

Patek Philippe leads Phillips Hong Kong’s 14th dedicated watch sale, to be held at JW Marriott, with a “possibly unique” Ref. 3974 – with a yellow gold case made by Jean-Pierre Hagmann. The automatic watch was launched in 1989 to mark Patek’s 150th Anniversary and became the most complicated wristwatch at the time, featuring minute repeater, perpetual calendar, 24-hour indication and moon phase. The watch’s black lacquer dial features an applied Calatrava Cross.

Also on offer is a fresh-to-market Tiffany & Co signed Patek Philippe Nautilus Ref. 5723/112R-001 with baguette-cut ruby-set bezel and indices, totalling 4kt. Phillips state that it is the first Tiffany signed example of the reference to appear on the market and comes complete as a full set with box and papers.

“Asia is one of the fastest growing markets for us,” says Thomas Perazzi, Head of Watches, Asia, Phillips. “With 45% of global spend in watch auction sales in 2021, contributed by buyers in the region. Following the success of achieving our highest annual sale total in Hong Kong, we are delighted to present the Hong Kong watch spring sale, which comprises an incredible array of periods, styles, complications, and price points.”

Rolex too is well represented with a “Ying Yang” – named by Rolex author Pucci Papaleo for its black rather than cherry “Daytona” inscription – Cosmograph Daytona Ref. 16528 circa 1989 in yellow gold and a Ref. 6263 with UAE “Quraysh Hawk” dial that was made specially for Sheikh Mohammed bin Rashid Al Maktoum.

The highlights of Phillips New York sale come not only from Switzerland, but from the Isle of Man too, in the form of the No.00 George Daniels Anniversary Watch, the very first example of its kind, one of only four cased in platinum and the first example to appear at auction.

“The culmination of a lifetime of work,” says Paul Boutros, Head of Watches, Americas. “It is one of only four examples produced in platinum in collaboration with Daniels’ protegé, Roger Smith. Being the first ever made, with the unique serial number of 00, it is a historical record of the unparalleled genius of George Daniels. A further celebration of the great George Daniels is the Chronomètre Souverain given to him by the one and only François-Paul Journe, a watch that symbolizes the bond between two of the most significant names in horological history.”

Phillips New York will also offer up a number of watches from the collection of the late Hollywood actor James Garner, consigned by his daughter to benefit the James Garner Animal Rescue Fund, including his Heuer Carrera 2447, worn onscreen by Garner and bearing his name on the dial, and Cartier Paris Baignoire.