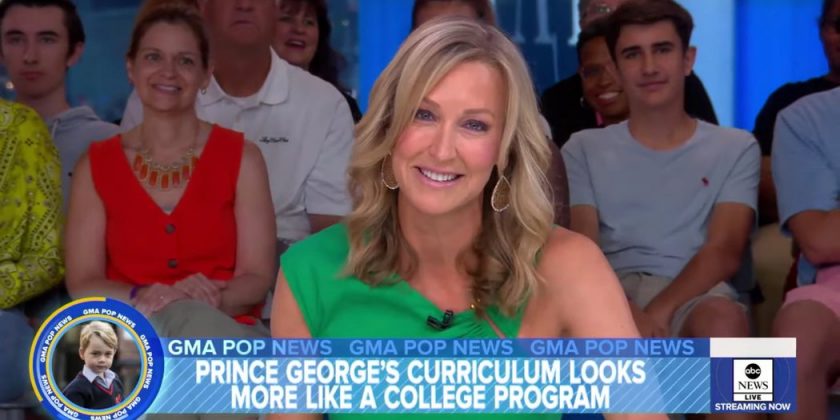 It was dismaying that Ms. Spencer, a host of “Good Morning America” on ABC, would openly laugh at the news that a 6-year-old boy had elected to study ballet. Listing Prince George’s curriculum on Thursday morning, she ticked off “religious studies, computer programming, poetry and ballet.”

And then she continued. “Prince William says George absolutely loves ballet,” she said, looking mystified while she stifled laughter. “I have news for you, Prince William. We’ll see how long that lasts.”

How could ballet be the punch line of this story in 2019? Is it not more surprising that a 6-year-old would study computer programming? And starting ballet young is smart: It takes at least 10 years to develop a classical dancer. But, of course, the problem isn’t George’s age; it’s his gender.

Perhaps the saddest part about the segment was how apparent it was that Ms. Spencer didn’t think that she had done anything inappropriate by shaming a boy for wanting to study a centuries-old art form. Or for perpetuating a tired, homophobic stereotype: that ballet is not a suitable profession for men.

The online response from the ballet world was swift and vehement, from institutions like the Vail Dance Festival and San Francisco Ballet, and especially from dancers, including the stars Robbie Fairchild, Ashley Bouder and James Whiteside.

Ms. Spencer’s response to the uproar on Instagram didn’t help.

“My sincere apologies for an insensitive comment I made in pop news yesterday. From ballet to anything one wants to explore in life, I say GO FOR IT. I fully believe we should all be free to pursue our passions. Go climb your mountain-and love every minute of it.”

The accompanying photograph — a field of wildflowers with mountains in the distance — made it seem more like a sappy greeting card than a sincere apology. The dancer Barton Cowperthwaite said in a comment: “No one wants to see a hiking picture from deep in your photo library. We want to see you make an apology, on air, for publicly dragging a child and an entire art form through the mud.” Ms. Spencer has since removed all comments.

On his Instagram, the British choreographer Christopher Wheeldon wrote that he had met Prince George’s parents and that he wasn’t “surprised that they are enrolling him in ballet class.” Mr. Wheeldon continued: “Growing up as a boy in ballet class was not easy, I mean talk about perfect fodder for bullying! It was painful but worth every second.”

Calvin Royal III, of American Ballet Theater, addressed younger dancers: “Bullying and mockery is NOT okay, and we stand with you. I know that laughter and judgement will always lurk in the shadows no matter if you want to become a ballet dancer, or take a dance class, or see a performance, or do something outside the ‘norm.’ ”

Reactions also came from beyond the dance world: The actor George Takei said on Twitter, “It shows that ‘toxic masculinity’ can be spread viciously by insensitive women, too.”

Prince George will survive the bullying. He is white, wealthy, the very definition of privileged and has the support of enlightened parents. But what about the boys who want to dance but are afraid to? Or who dance, but hide it from strangers and even from their friends?

The point is that many children aren’t free to pursue, as Ms. Spencer wrote, their “passions,” an overused word that makes it seem as if the study of dance were a flight of fancy — akin to making unicorns out of rainbows.

Ms. Spencer works in New York. Perhaps she should spend some time in the audience at New York City Ballet, which opens its fall season in September, and at American Ballet Theater, which follows in October. And it wouldn’t hurt to apologize on “Good Morning America” in front of every male ballet dancer and dance student that ABC can round up by Monday morning. The way to make this right is to show the world how wrong she was.

In the meantime, a hashtag has been born: #ballet4boys. Use it.