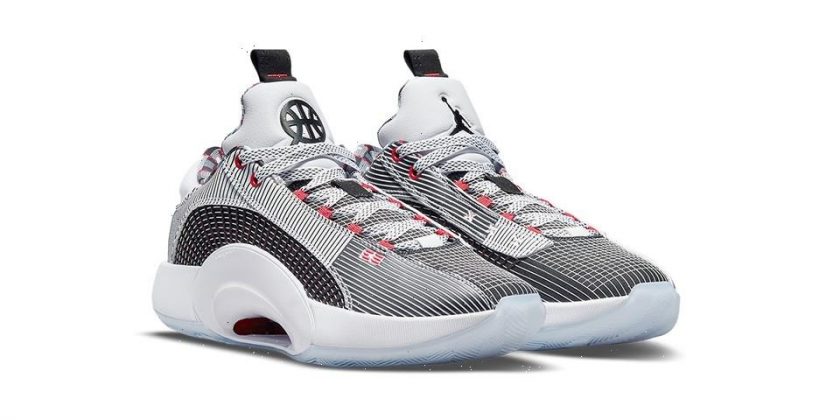 An affinity for streetball culture runs deep throughout the streets of Paris, and Jordan Brand traditionally recognizes this by hosting a special tournament every Summer entitled Quai 54. Specially crafted product is always launched in alignment with the event, and this year the Air Jordan 35 Low “Quai 54” is being readied to soon launch to the public.

For this newest hardwood-ready piece, the Beaverton-headquartered brand creates synergy between heritage Jordan Brand hues and graphics that directly nod to the Parisian activation. Uppers feature leather overlays that start in the forefoot and arrive with black with white stripes and continue to the middle and heels where they are presented with white backgrounds and black stripes. The synthetic throat is executed with stark black backgrounds and white gridded patterns and complemented by leather tongues that split between the Jumpman logo on the right foot and the Quai 54 basketball on the left. Like its Air Jordan 1 Low sibling, a white, gray and red checkered pattern that’s inspired by Paris’ West African community dresses up the interior. Oversized Eclipse plates and midsoles opt for the clean white look while an icy blue outsole finishes its design.