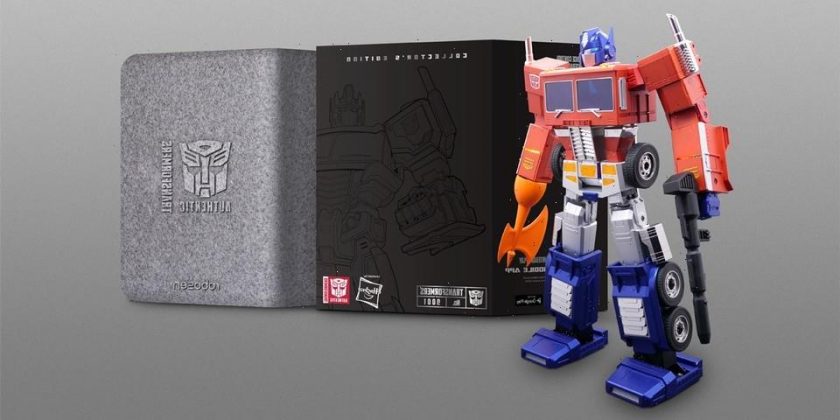 Hasbro has teamed up with Robosen to create the world’s first Optimus Prime collectible that can fully transform on its own.

Standing at 19 inches tall when upright, the new release is constructed from a whopping 5,000 parts, with 60 microchips controlling 27 different high-powered servo motors which allow Optimus Prime to fully transform from truck to robot all by itself. The model comes equipped with 80 different sound effects voiced by the original voice actor himself and can be controlled entirely through 25 of your own voice commands such as “rollout,” “convert” and “attack.”

There’s also a dedicated mobile app for the robot where you can select different moves and poses for him to carry out or even program your own. As an added premium touch to this collector’s edition release, Optimus Prime will come with its own travel carrying case, so you can keep him well protected while out and about on your adventures.

For those interested, Hasbro and Robosen’s new Optimus Prime robot is now available for pre-order over on Hasbro’s website, going for $700 USD.