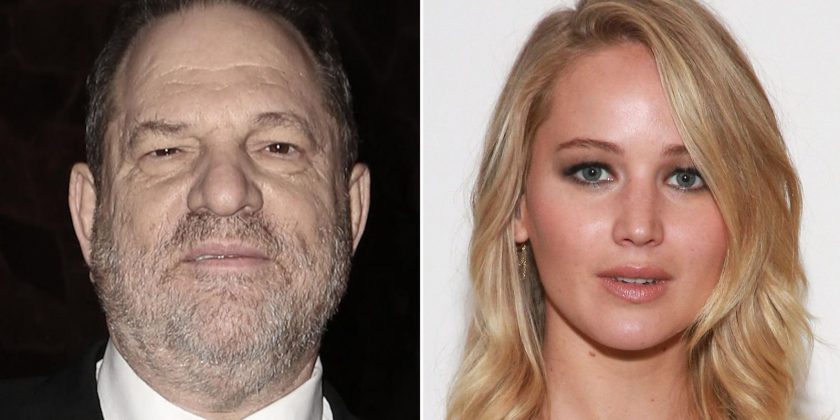 According to the latest lawsuit against the Hollywood producer, he boasted of a sexual relationship with the Oscar-winning star after forcibly performing oral sex on a young actress during a meeting in 2013.

The unnamed woman claims that when she rejected his advances, Weinstein asked her: “Do you even want to be an actress? I slept with Jennifer Lawrence and look where she is; she has just won an Oscar.”

Lawrence has issued a statement denying that such an affair took place, adding: “My heart breaks for all the women who were victimised by Harvey Weinstein.

“I have never had anything but a professional relationship with him. This is yet another example of the predatory tactics and lies that he engaged in to lure countless women.”

Weinstein – who denies all allegations of non-consensual sex – is said to have sexually assaulted the woman in his office after pushing her to the ground.

She is suing both the 66-year-old movie mogul and The Weinstein Company – the production company he founded with his brother Bob in 2005 – for sexual battery and discrimination.

The details emerged after a group of other Weinstein accusers attempted to block him from bringing his private emails into the public eye due to concerns over confidentiality.

He has asked a bankruptcy court in Delaware to allow him to recover files from The Weinstein Company, which he wants to use in his defence against sexual assault charges in New York.

The women have asked a judge to reject his request after alleging his lawyers told them he “intended to unleash these emails in the media to sway the court of public opinion”.

Scott Cousins, the civil lawyer representing Weinstein, accused the women of “doing all they can to prevent the truth from coming out”.

He added: “To claim sexual assault and then take such measures to prevent the truth from being heard speaks volumes of their motives.”

Weinstein is next due in court on 20 December.