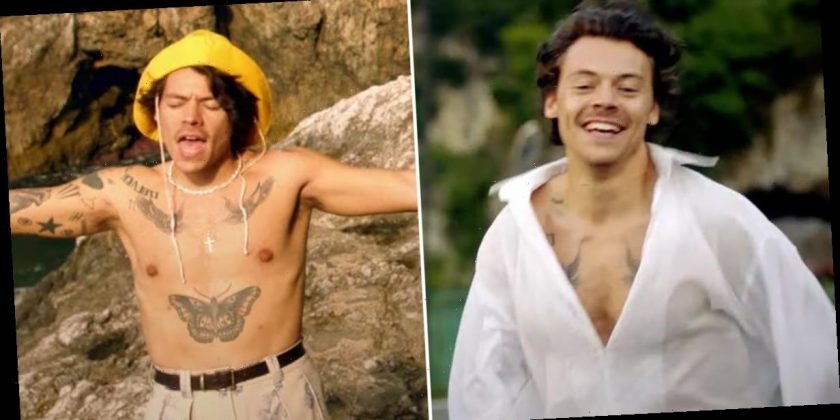 This year is starting to look a little more “golden” thanks to Mr. Harry Styles. On Oct. 26, the Fine Line singer gifted us with the music video for his song “Golden,” his first video since the release of “Watermelon Sugar” back in May. Styles spends most of the music video running, and we’re not mad at it — especially when we pretend he’s running to meet up with us. Although the lyrics of “Golden” has him lamenting that he doesn’t want to be alone, he certainly doesn’t have to worry about it when he wears a billowing shirt and tousles his hair. If we could find a way to crawl through our computer screens and into the video, we would.

If you’re wondering why the video gives you an overwhelming sense of joy — particularly with how happy Styles himself looks — that’s because it’s what Styles envisioned. “It’s one of the first songs when I was making the album and it’s always been a source of joy for me,” Styles said in a recent interview with AP Entertainment. “And I wanted to make a video that encapsulated that. I’d like to think it will maybe cheer a couple of people up. Cheered me up.” You can watch the full video above, so Styles doesn’t have “to be alone.”