The actor, now 80, is still trying new things, including his first major TV role. Just don’t ask him to get all touchy-feely about it.

“I don’t want to reinvent myself,” Harrison Ford said. “I just want to work.”Credit…Chantal Anderson for The New York Times

LOS ANGELES — In the course of 20 months and in the midst of a pandemic, Harrison Ford filmed a “Raiders of the Lost Ark” sequel in England. He shot a 10-part comedy, “Shrinking,” in Burbank. He herded cattle up a mountain in subzero Montana temperatures for “1923,” the latest prequel to the hit western series “Yellowstone.”

He also celebrated his 80th birthday.

“I’ve been working pretty much back-to-back, which is not what I normally do,” said Ford, unshaven, wearing bluejeans and boots and easing into a chair at the Luxe Sunset Boulevard Hotel here earlier this month. He was in Los Angeles for one night, for the premiere of “1923,” debuting Sunday on Paramount+. From here, it was on to Las Vegas the next morning for the next screening, yet another stop after a stretch of filming, travel and promotion that would exhaust an actor half his age.

“I don’t how it happened,” Ford said, taking a sip from his cup of coffee. “But it happened.”

It has been 45 years since Ford leaped off the screen as Han Solo in the first “Star Wars” movie, laying the foundation for a blockbuster career in which he has personified some of the most commercially successful movie franchises in film history. He has appeared in over 70 movies, with a combined worldwide box office gross of more than $9 billion. By now, it would seem, he has nothing left to prove.

But at an age when many of his contemporaries have receded from public view, Ford is not slowing down, much less stepping away to spend more time at his ranch in Jackson, Wyo. He is still trying new things — “1923” represents his first major television part — still searching for one more role, still driven to stay before the camera.

“I love it,” he said. “I love the challenge and the process of making a movie. I feel at home. It’s what I’ve spent my life doing.”

And why should he slow down? Ford shows no sign of fading, physically or mentally — he was fleet and limber as he strode into the Luxe for our interview, cap pulled down, and later, as he worked the room at the post-premiere party at the Hollywood restaurant Mother Wolf. In his pace and eclectic choice of roles, including the weathered and weary rancher Jacob Dutton of “1923,” he seems as determined as ever to show that he can be more than just the swashbuckling action hero who gave the world Han Solo and Indiana Jones.

“He can rest on his laurels: He doesn’t need to work financially,” said Mark Hamill, who played Luke Skywalker in “Star Wars” and who, at 71, does not miss the 5 a.m. wake-up calls and the hustling for the next role. “To be doing another ‘Indiana Jones’ — I’m in awe of him.”

Ford is known for being gruff and nonresponsive, an actor not given to introspection and with little patience for “put me on the couch” questions. There were flashes of that during our 45 minutes together. “I know I walked myself into that dark alley where you’re now going to have to ask me to describe the character,” he said at one point. “And I don’t want to.”

But for the most part Ford was forthcoming, relaxed and contemplative. This was a promotional tour, and after a half-century in the business, he knows how to do this. “I’m here to sell a movie,” Ford said, though, of course, he was there to sell a TV show — and to some extent, himself. 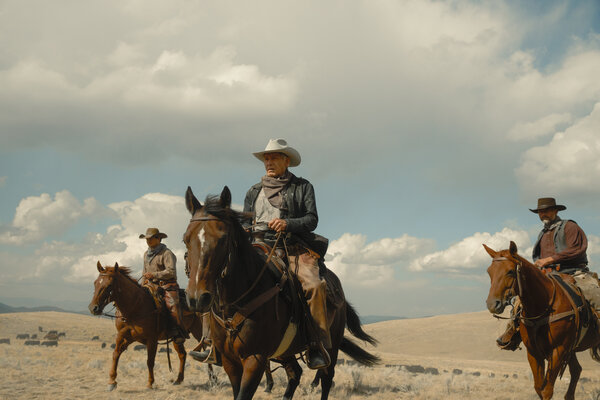 FORD WAS ALWAYS more than just another charismatic Hollywood action star. He could act. There was the swagger and the smirk, but they were put to service in presenting complex heroes with flaws and self-doubt, including John Book, the detective in “Witness”; Jack Ryan, the C.I.A. analyst at the center of the Tom Clancy novels that inspired the films; and Rick Deckard, battling bioengineered humanoids in “Blade Runner.”

That style distinguished him for much of his career from monosyllabic, musclebound action stars like Arnold Schwarzenegger or Jean-Claude Van Damme, and it has always been integral to his appeal: Hamill said he was struck by it the first time they acted together.