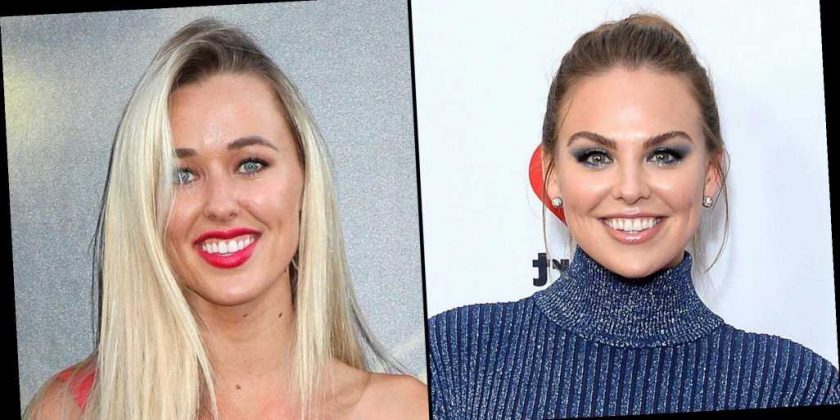 It’s safe to say Heather Martin wasn’t greeted with open arms when she arrived at Nemacolin Resort during the Monday, February 8, episode of The Bachelor — but several members of Bachelor Nation have her back.

“Lord bless the girls that are mean to my Heather,” Hannah Brown said via Instagram Stories while watching Monday’s episode. “That’s all I have to say. That’s all I’m gonna say!”

Heather, 25, met Hannah, 26, while competing on Colton Underwood’s season 23 of The Bachelor in 2019. While the San Diego native quit the season early, the former Miss Alabama went on to become the Bachelorette. After her season of the series, she maintained a relationship with her runner-up, Tyler Cameron, and bonded with his friends, including Bachelor Matt James.

The 29-year-old former football player confirmed to Us Weekly that he knew Heather through Hannah before model before she crashed his season during week 6.

“I have met Heather before [but] I had no relationship with her,” Matt said on Us’ “Here for the Right Reasons” podcast earlier this month. “But she does have a relationship with one of my good friends Hannah Brown. I was just as shocked to see her as everyone else was when she arrives, and I think it makes for a very interesting conversation.”

Monday’s episode ended on a cliffhanger after Heather quarantined at the Pennsylvania resort for a chance to meet Matt.

“Heather?!” the Wake Forest alum said after cracking up when Heather showed up during his chat with contestant Pieper James. “Pieper, I’m so sorry. I just need a couple minutes.”

After Pieper returned to the cocktail party and told the other women that Heather arrived, the contestants got upset. Fans first saw Heather’s arrival anger the other ladies during the trailer for the season. Demi Burnett, who also competed on Colton’s season, defended Heather after the teaser aired.

“I would come back too if they asked me, like, duh! And I know that you would too because you signed up to be on this show in the first place,” Demi, 25, said on “Here for the Right Reasons” last month. “And they’re gonna blame Heather? Like Heather had anything to do with it. Like Heather said, ‘I want to sabotage this show?’ Heather’s the sweetest girl ever. She would be so helpful. So, I’m like, ‘Why are you upset about this?’ This makes no sense to me. I don’t know. It was just immature to me, but we’ll see what happens. … I saw her crying and I’ve never seen her cry before. And so, I’m really concerned about who I’m gonna have to beat up!”

The Bachelor airs on ABC Mondays at 8 p.m. ET. Scroll through for more reactions to Heather’s arrival on season 25: