Monsters of all stripes have a long history of being queer-coded in Disney movies and horror flicks. They interact with humanity but are separate from it; they are hated for not being “normal.” Monstrous bodies are alien and therefore simultaneously fascinating and disgusting to the human eye. They are coded to represent parts of society that we fear or despise, used as metaphors for xenophobia and racism, homophobia, transphobia, ableism and more.

More: How Queer Women in TV Helped Me Come Out

And if you’re LGBTQ and have seen even one monster movie, it’s highly likely that you found yourself relating to the monster, if not rooting for them to win against the forces that made them so monstrous in the first place. Monsters are vilified, misunderstood and attacked simply for existing — all of which is highly familiar to those who exist outside of cis-heteronormative society and/or within the LGBTQ community.

When Halloween rolls around each year, monstrous queer-coding becomes especially apparent. LGBTQ themes are so prevalent in horror movies and Halloween-themed stories that they are nearly impossible to avoid. Some films, however, are more blatant in their queer-coding than others. If you want to explore this idea, or if you just want more queer monster movie recommendations, we suggest you start with the films below.

Natalie Portman’s turn as the picture-perfect ballerina who slowly goes dark in Black Swan is a fascinating and explicit exploration of repressed lesbian desire. When her character, Nina, faces competition in her ballet company from Mila Kunis’ character, Lily, the two form a twisted friendship that ends in tragedy. Ballet acts as a conduit for sexuality; Lily has embraced hers and therefore moves in a way that’s effortless. Nina struggles to do the same. Aside from an actual sex scene that makes the queer themes of this film especially obvious, Nina’s whole journey is about embracing her “dark” side: her queerness.

After watching Jordan Peele’s Get Out, anyone can see that Allison Williams has the perfect eeriness for cliff-hanging horror movies. In The Perfection, Williams plays Charlotte, a troubled musical prodigy that reunites with a former mentor of hers (Steven Weber) after taking a break. In doing so she meets his new star pupil (Logan Browning) and they develop a gripping romance as they embark in a terrifying suspense ride. The scene with them playing their first song together is a true definition of queer horror. 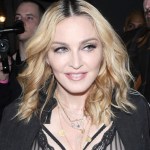 Welcome to Shadyside! This three-part series tells the story of a group of teenagers in 1994 who accidentally encounter the ancient evil responsible for a series of brutal murders that have plagued their town for over 300 years. Based on R.L. Stine’s best selling horror series, Fear Street Part One: 1994, Fear Street Part Two: 1978 and Fear Street Part Three: 1666 were all released in quick succession last year.

Casper may not seem like an inherently queer film, but as this essay by Miriam Kent illustrates, it absolutely is. When Kat (Christina Ricci) and her father, a psychologist to the dead, move into a house haunted by Casper and other not-so-friendly ghosts, we are introduced to a campy story about a young ghost who just wants to make friends with humans. This is obviously not the norm, which his counterparts — one of whom modifies his ghostly body frequently and tries on various ensembles, including drag — remind Casper of frequently. This film explores self-loathing and queer friendship in unexpected and often really emotional ways.

ParaNorman features a gay jock character who explicitly talks about his boyfriend on-screen, which is fantastic because it’s a kids movie. Normalizing queerness is incredibly important, especially in media aimed at young consumers. However, the film also explores queerness from another, more heartbreaking angle: the witch Aggie, who seeks revenge on Blithe Hollow every Halloween for how the judges treated her when she was on trial, is a devastating example of what can happen to queer kids who aren’t allowed to be their true selves.

5. Interview With the Vampire

Interview With the Vampire is possibly one of the queerest movies ever. Louis (Brad Pitt) is a bicentennial vampire telling his “life” story to a biographer (Christian Slater). Louis is turned into a vampire by Lestat (Tom Cruise), a bisexual icon of epic proportions. They’re meant to be eternal companions, but of course, their family unit is rife with conflict from the get-go that only gets worse with time.

The Rocky Horror Picture Show hasn’t necessarily withstood the test of time, though it was redone with Laverne Cox starring in Tim Curry’s original role as Dr. Frank-N-Furter just two years ago and airs in theaters all over the country every Halloween. The story follows newlyweds Brad (Barry Bostwick) and Janet (Susan Sarandon) as they stumble upon Frank-N-Furter’s mansion by happenstance. They are then thrown into a maelstrom of sexual encounters and alien life that forces them to examine their own queerness in a way that goes against everything they’ve been told by society so far.

The Babadook has risen to fame as an LGBTQ icon because his existence is in and of itself an act of defiance — much like the existence of queer people everywhere. He terrorizes a small family in Australia who try their damndest to suppress him, which is a familiar story to anyone in the LGBTQ community — even those of us whose families are mostly supportive. You can’t get rid of him, no matter how hard you try.

Mothman and other cryptids are queer-coded insofar as they are the bogeymen that make people fear what they cannot understand — that make them afraid to go into new spaces or contextualize experiences outside of their norm as anything other than terrifying or wrong. While The Mothman Prophecies, which chronicles the supposed appearance of a terrifyingly tall, furry-bodied creature who became a portent of doom ahead of the Point Pleasant bridge collapse in 1967, isn’t necessarily queer, the monster has been adopted by many in the LGBTQ community to represent their stories. Thus, it belongs on this list.

Carrie follows a teenage girl (Sissy Spacek in 1976 and Chloë Grace Moretz in 2013) who faces relentless bullying at school and deals with abuse from her fanatically religious mother at home. When she’s humiliated at her senior prom, she releases her telekinetic powers on her classmates in revenge for everything she’s suffered. Carrie is literally forced into a closet against her will, and the ramifications are widespread and horrifying.

Jennifer’s Body has nearly achieved cult status since it was released in 2009. The film stars Megan Fox as Jennifer, a teenager who lies about her virginal status to a boy band (headed by Adam Brody in eyeliner) and ends up being a sacrifice in their Satanic ritual to achieve fame. Since she isn’t a virgin, the ritual heads south, and Jennifer is transformed into a monster who must devour boys in order to sustain herself. Setting aside the actual makeout scene with Amanda Seyfried and the super-lesbian subtext of their on-screen friendship, Jennifer’s Body weaponizes assault on the female body and queers heterosexual desire by making it into something grotesque.

In Let the Right One In, Oskar (Kåre Hedebrant) makes friends with the agender vampire Eli (Lina Leandersson), and they strike up an intimate relationship that isn’t dependent on heterosexual norms.