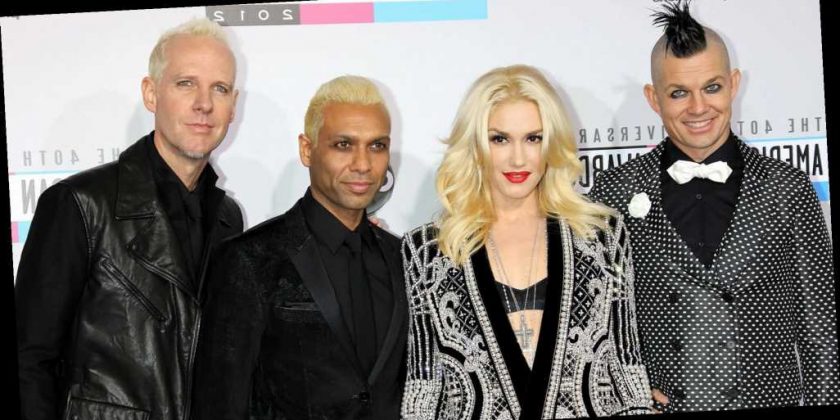 Wishful thinking! Gwen Stefani isn’t ruling out a future reunion with her band, No Doubt.

Unforgettable ‘90s Albums to Listen to in Quarantine

“It is a really big deal, and I do [think about it]. I’m reflecting so much on all the music,” the “Make Me Like You” singer, 51, shared with Zane Lowe of Apple Music’s “Beats 1” on Wednesday, March 10. “When you’re writing new music, [you] reflect on everything that you’ve done. For sure, surreal to think that that happened so long ago. I have no idea what the future holds with that. You know what I mean? It’s impossible.”

In the meantime, Stefani is focusing on promoting the release of her new single, “Slow Clap,” which is a part of her upcoming fifth studio album.

“I feel like it’s that thing that happens to us through our life,” she explained to Lowe. “It starts in high school where you feel like you don’t fit in, and then sometimes your weirdness actually is what makes you so special, and so the song is kind of about that.”

As 2004 rolled around, the California native went solo and released her debut album, Love. Angel. Music. Baby., to great success. She wouldn’t reunite with No Doubt until 2012, when they put out their sixth record, Push and Shove.

Years later, the Grammy winner spoke to Rolling Stone about the band’s future while talking about her negative experience making their most recent album.

“When [the band’s bassist] Tony [Kanal] and I are connected creatively, it’s magic. But I think we’ve grown apart as far as what kind of music we want to make,” she said in 2016. “I was really drained and burned out when we recorded the album. And I had a lot of guilt: ‘I have to do it.’ That’s not the right setting to make music. There’s some really great writing on that record. But the production felt really conflicted.”

Kanal expressed more hope about a No Doubt reunion the following year. “I think we’re on an indefinite hiatus right now,” the 50-year-old musician told W.E.N.N. in 2017. “I would say we will definitely play at some point, but there haven’t been any plans or anything.”

Stefani has had a long career in the music biz. In 2017, the “Hollaback Girl” singer opened up about how she has transformed throughout her music career.

“I’ve definitely evolved, and I think that comes from just life experience. Every single song that I’ve ever written is just really from my real life, either painful or not, hopefully not nowadays,” Stefani told CNBC at the time. “I definitely look back at myself and what I’ve been is just me. I haven’t tried to be anything else. Every time I get to collaborate with somebody I grow a little bit, and you change a little bit with everybody you meet, and every experience you have, and every heartbreak, and every fall in love, and everything that you do.”