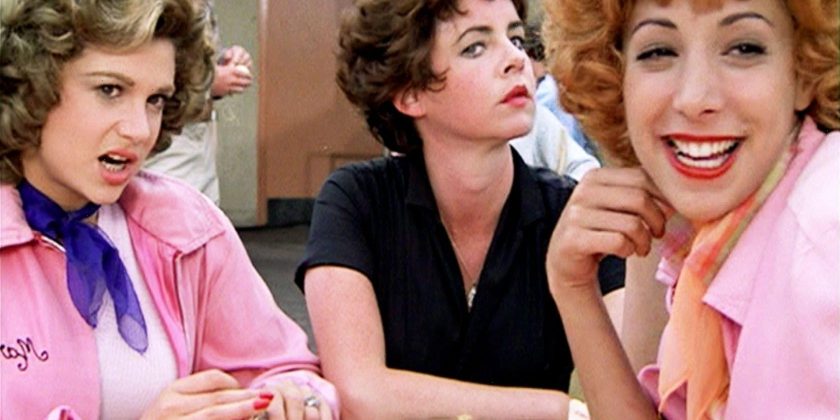 Ever wondered how the Pink Ladies wound up ruling Rydell High School? This Grease prequel TV series promises to give us all the answers and has just made some exciting new casting announcements.

If there’s one thing Hollywood loves more than anything, it’s prequels. From Emma Stone’s Cruella to the upcoming Game Of Thrones spinoff, people are lapping up backstories like they’re the hottest new trend on TikTok – and now Grease is getting in on the action, too.

Aiming to give us something more akin to Mean Girls or Heathers, though, Rise Of The Pink Ladies isn’t just your bog standard origin story – it’s also going to shine a spotlight on the film’s fiercest women. Those same ones who shun purity, don pink jackets every day, and vow to “act cool, look cool, be cool, til’ death do us part.”

Here’s what you need to know.

What’s the plot of Rise Of The Pink Ladies?

Details on the upcoming series are scanty, but we do know this; Rise Of The Pink Ladies will take us back to the early days and blossoming friendships of Rizzo (Stockard Channing), Frenchy (Didi Conn), Jan (Jamie Donnelly), and Marty (Dinah Manoff).

As per Variety’s report: “Before rock ‘n’ roll ruled and before the T-Birds were the coolest guys in school, four fed-up, outcast girls dare to have fun on their own terms and spark a moral panic that will change Rydell High forever.”

Moral panic? We are 100% here for this, quite frankly.

Who is working on Rise Of The Pink Ladies?

Annabel Oakes, the producer, writer, and director of Netflix’s Atypical, will serve as executive producer alongside Marty Bowen and Erik Feig.

Those latter two names will undoubtedly be familiar to diehard Grease fans, of course, as they’re also working on a prequel film.

Cautiously titled Summer Lovin’, it’s all about the very first time that Danny (John Travolta) and Sandy (Olivia Newton John) clapped eyes on one another during that fateful holiday before senior year. Which means it will take place somewhere between Rise Of The Pink Ladies and the OG Grease, we guess.

Who were Rizzo, Jan, Marty and Frenchy *before* they became the Pink Ladies?

The series will feature new original music, written and executive produced by Justin Tranter, a Grammy-nominated songwriter and producer. Tranter is known for albums by Dua Lipa and Lady Gaga. Jamal Sims will also choreograph the musical numbers for the series and has previously worked on When The Beat Drops, 13 The Musical and RuPaul’s Drag Race.

Althea Jones (Made for Love, Dollface, Evil) will direct the first episode and produce.

We guess Grease really is the word, eh?

Ozark’s Madison Thompson will star as Susan in Rise Of The Pink Ladies.

Who will star in Rise Of The Pink Ladies?

Rather excitingly, the cast has now been finalised. The prequel series will star Marisa Davila (Holidate) as Jane, Cheyenne Isabel Wells as Olivia, Ari Notartomaso (Paranormal Activity: Next Of Kin) as Cynthia, Tricia Fukuhara as Nancy and Shanel Bailey (The Equalizer) as Hazel.

Madison Thompson (Ozark) will star as Susan, while Johnathan Nieves (Penny Dreadful: City Of Angels) will star as Richie, Jason Schmidt as Buddy, Maxwell Whittington-Cooper (The Photograph) as Wally and Jackie Hoffman (Only Murders In The Building) as assistant principal McGee.

Jackie Hoffman will be starring asassistant principal McGee in Rise Of The Pink Ladies.

Will Rise Of The Pink Ladies be a musical?

With 10 hour-long episodes, Rise Of The Pink Ladies has been described by producers as a “musical comedy” – which means that we’ll be getting a whole host of new songs, plus a bevy of old favourites to croon along to, too.

Can anything, after all, beat this absolute belter?

When and where can we watch Rise Of The Pink Ladies?

Sadly, we don’t yet know when the series will air but we do know that production for the Paramount Plus show is currently underway in Vancouver.

It’s likely that we’ll be seeing Rise Of The Pink Ladies hit our screens in 2023 at the earliest but we’ll be sure to update as soon as we know more.

In the meantime, though, anyone else up for re-watching the OG Grease?