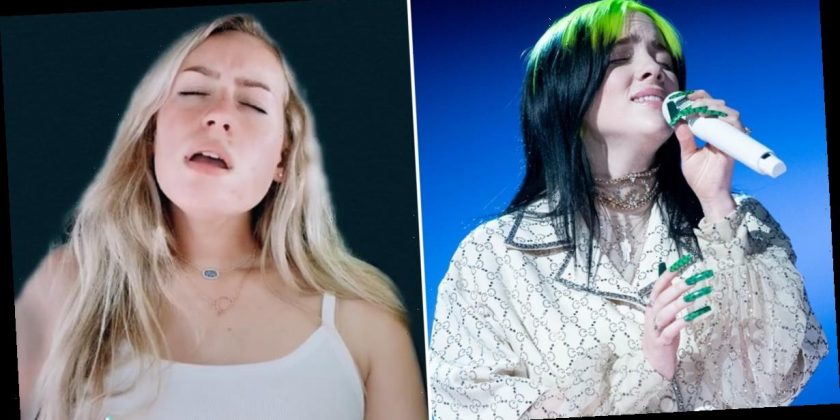 If there’s one thing that’ll make me stop and pause on TikTok, it’s a celebrity impression. I’m a sucker for a spot-on imitation — whether it’s of Kourtney Kardashian or Moira Rose — and TikTok is full of scary-good ones. Take Ingrid Vogelsang’s Billie Eilish copycat singing voice, for instance. The 18-year-old has nailed the “My Future” artist’s signature vocals, and it’s truly impressive to hear.

“I’ve always thought I sounded somewhat similar to her, but it never really hit me until I saw other girls doing the ‘Billie Eilish accent challenge’ and tried it out for myself,” Vogelsang told POPSUGAR. “Things just took off from there.” That’s putting it mildly. Since Volgesang shared her first video singing Eilish’s most popular lyrics, her video brought in over 14.8 million views and counting. Her subsequent impression videos each broke over over 200,000 views, and Vogelsang has it on good authority that the clips have reached Eilish herself.

Check out more of Vogelsang’s eerily accurate impressions below. Could there be a duet with Eilish in her future? Fingers crossed.