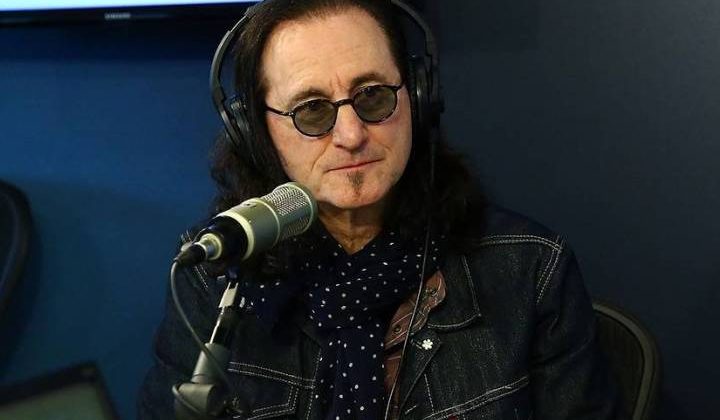 Dec. 21 (or 21/12) marks the annual “International Rush Day,” which means it’s the perfect time for a Rush update!

Frontman Geddy Lee, of the beloved Canadian prog-rock trio, sat down with The Canadian Press on Thursday to offer an update on where the boys in the band currently stand.

Even though the 65-year-old has previously shot down any likelihood of a Rush reunion, he alluded to the possibility of a future collaboration with guitarist Alex Lifeson.

“Will Alex and I make music one day?” Lee asked rhetorically. “Probably,” he revealed.

If you want new music, that sounds likely. But new Rush material, unfortunately, will never be the case, according to the co-founding members. Lifeson officially confirmed Rush’s retirement earlier last year.

When asked again if their retirement actually was official, Lee cemented the fact that he, Lifeson and drummer Neil Peart, will not record or tour together as Rush, ever again.

Are we holding Rush Closer to the Heart than we should be?

When asked why the band didn’t announce R40 as their final tour, Geddy was open and honest in saying that they weren’t ready for the ride to end.

“Even though it turned out to be the end, I don’t think in our heart of hearts we believed it was,” he revealed.

Lee further admitted that he didn’t want to take advantage of the Rush fanbase, especially if they decided R40 wasn’t actually the farewell tour, sometime down the road.

“I wasn’t really interested in capitalizing on something that may not be true,” he added. “To me, it seemed much ‘hipper’ to just go out and play.”

Geddy Lee speaks onstage during the 2018 Juno Awards at Rogers Arena on March 25, 2018, in Vancouver.

There have been rumours and rapidly-changing opinions since 2015, some that led fans to speculate that not all of the Rush members are ready to quit. Peart’s health issues are thought to be the main reason behind the decision.

In the December 2015 issue of Drumhead Magazine, Peart hinted at his retirement from touring. His ability to drum has been greatly affected since his chronic tendinitis diagnosis.

“Now after 50 years of devotion to hitting things with sticks, I feel proud, grateful and satisfied,” he said. “The reality is that my style of drumming is largely an athletic undertaking.

“There comes a time to take yourself out of the game,” he admitted.

Neil Peart of Rush onstage during the ‘R40 Live’ tour at KeyArena on July 19, 2015, in Seattle, Washington.

In the Time Stand Still (2016) documentary — which celebrates the legacy of Rush and the finale of their touring career — Lee revealed, “We always said that if one of the three of us aren’t on board, we don’t do it anymore.”

So with Peart out, it’s not likely that Rush will ever get back together. But to cheer up all the diehard fans, here are some classic moments from Rush’s career.

After a mammoth four-decade spanning career, it’s time for fans to treasure the legacy of the band and the joy that it continues to bring to them.

So go forth and celebrate. Happy International Rush Day!