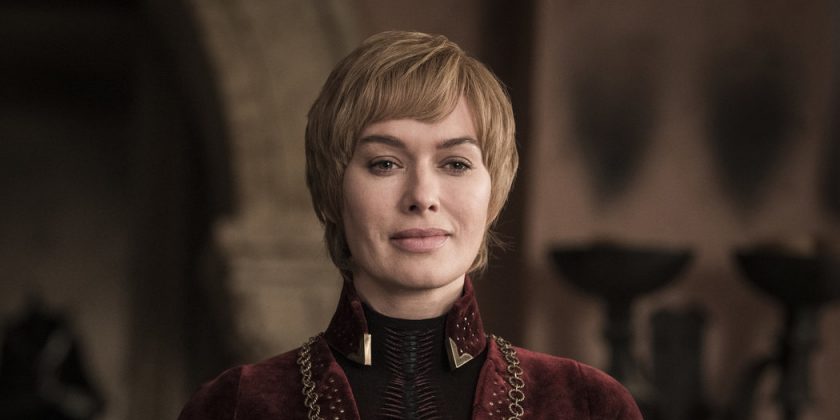 I guess the coin landed on “burn them all.”

Throughout the run of “Game of Thrones,” the seasons’ penultimate episodes were often the ones that packed in the most action and spectacular moments. So it was on Sunday, when the Last War unfolded broadly in the way many people expected, with the Dragon Queen turning heel and laying waste to King’s Landing.

We talked at length last week about how the show has methodically broken down Daenerys in order to push her to the brink of madness — or some behavioral approximation thereof — culminating with Missandei’s beheading. On Sunday the last straw seemed to be Jon’s spilling his Targaryen secret and then essentially saying, “I do love you but, ew, I can’t …”

“Let it be fear then,” she replied stoically.

But honestly, by then it was already a done deal. She’d sequestered herself in Dragonstone, her hair heartbreakingly disheveled in Missandei’s absence, and her overall look veering into Mad Queen Chic.

[Read our ultimate guide to “Game of Thrones.” | Sign up for our Watching newsletter for film and TV recommendations.]

But just because the outcome wasn’t surprising, that doesn’t mean the result wasn’t spectacular. While the siege that led up to the King’s Landing apocalypse was plagued with some of the same strategic implausibilities and geographical confusion that has been an issue for much of this season, what followed was a terrifically and terrifyingly rendered decimation of a city.

It was beautiful at times, hard to watch at others — the director Miguel Sapochnik effectively mixed brutal images of wide-scale Drogon destruction with more claustrophobic moments of terror, as with the long shot following Arya through the horror of the King’s Landing streets.

And the symbolic moment of the coin toss we kept hearing about, as Dany sat atop a conquered city and pondered her ultimate destiny, was no less tense for that destiny’s having been little in doubt.

Once the incinerating started, the Dragon Queen got eager ground support from a bloodthirsty Grey Worm. (All the stabbing in the world won’t bring her back, Torgo.) Meanwhile the Dothraki are just perpetually up for a good pillage, it seems. That won’t exactly redeem the show’s reputation for lazy exoticism — widely re-litigated after the Battle of Winterfell — but remember these are the guys who kill people for fun at weddings. (Although, so does nearly everyone else on this show, I guess.)

The upshot was that for those irked by the relatively scanty death toll so far this season, well, on Sunday your cup runneth over. 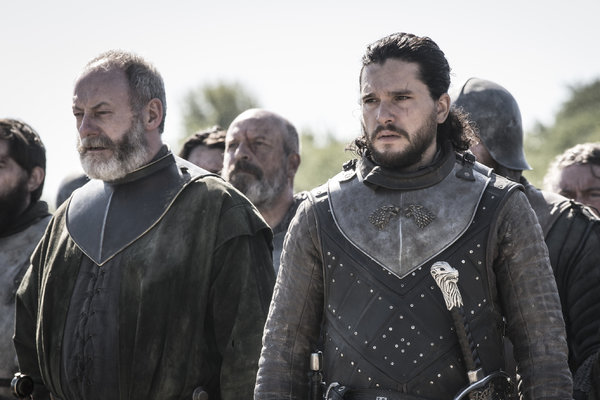 Varys was the eunuch in the coal mine, offering an early glimpse of the corner Daenerys had turned — less the fact that she dracarys’d him, her default response to open defiance, than the casual way she got on with it. This was a person for whom human life had ceased to matter as much as it should.

Euron discovered that what is dead may never die, unless you put a sword in its guts and twist. Qyburn met the fate of all who play God, and he was dispatched by Mountainstein with its signature smash-and-toss finishing move. And the Hound discovered that what is actually dead may really, really never die, unless you shove it into the hellmaw of a burning city. (Even now I’m not positive a charcoaly Mountain torso isn’t scooting around King’s Landing like a half a Terminator.)

Then there were the toxic Lannister twins, who kick-started this whole story by fornicating in a Winterfell tower and ended it embracing within a Red Keep crypt. It’s a testament to the dramatic talents of Lena Headey and Nikolaj Coster-Waldau that an incest reunion that took a somewhat galling amount of forced plot mechanics to enact still tugged at my heart strings.

Cersei can perhaps take solace from the poetic symmetry of dying on Mother’s Day after her father, Tywin, died on Father’s Day at the end of Season 4.

We’ll have more later. But for now, here’s what else happened on Sunday:

• So you’ll call everyone off when you hear the surrender bells? Tyrion asked Dany. She agreed, which was the surest sign that she would not. Honestly, I can’t remember the last time the adviser formerly known as the cleverest man in the world was right about anything.

• I guess the crack Scorpion marksmen from last week were furloughed? Did they even get more than a couple shots off?

• So the Cleganebowl happened. Was it everything you hoped it would be? I was moved by the Hound’s emotion throughout the fight, which scanned as a sort of final realization about the ultimate futility of revenge, one of this show’s big themes. (I was even more affected by his admonitions to Arya before they parted.) And the final plunge into the flames was thrilling. But it all would have meant more if it hadn’t so transparently existed because it was what the fans wanted. Revenge is all I care about, and look what it’s done to me, Sandor (Sandor!) told Arya. The thing is, he didn’t really seem to care about revenge until around Season 7.

• So did Varys actually get a letter out of Dragonstone, perhaps via his latest little bird? Or was he was burning the only one he wrote right before he was taken? It wasn’t clear. If not, then he would seem to have died for nothing, which contradicts Melisandre’s suggestion last season that he had a role to play.

• That final scene could have been Arya escaping for greener, or at least less ashy, pastures, her heart cleansed of her revenge lust by the close up confrontation with so much murder. But I doubt we’ve seen the last of her. When Melisandre reminded Arya of her destiny to close green eyes forever as well as the others, we were led to believe those would belong to Cersei. But guess who else has green eyes.

Please check back for a more in-depth version of this recap.